The rich can buy their way out of hangovers now 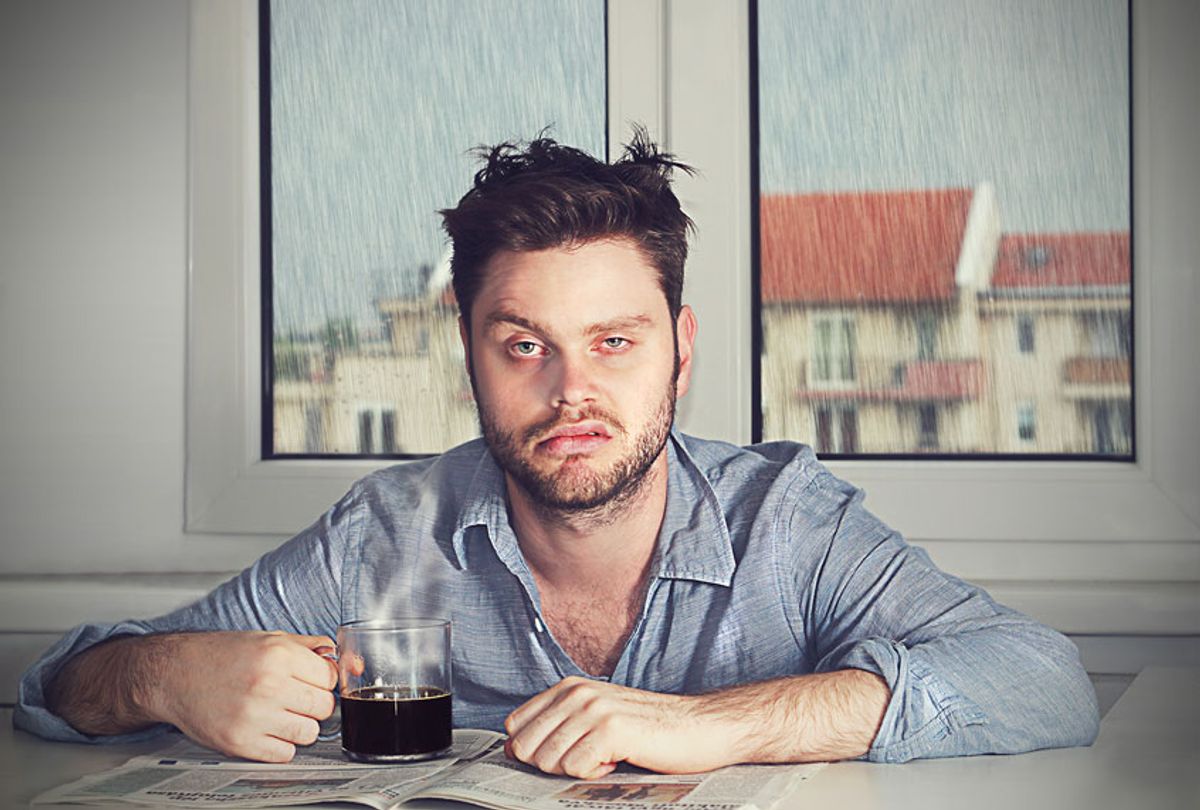 This week, Madonna made headlines for a very eccentric, Madonna-esque Instagram post. In her picture, she was laying on what looked like a hospital bed, receiving intravenous therapy (IV) as a woman played a Tibetan bowl above her body.

"Felt amazing afterwards!!," she wrote in the caption.

Madonna wasn't in the hospital, however. While her exact whereabouts are unclear, she was getting a vitamin IV drip, an emerging wellness service not covered by insurance that has caught fire with celebrities. IV drips, though prohibitively expensive for most, have become in vogue among self-care enthusiasts who can afford the treatment.

In these procedures, consumers receive a saline or vitamin mixture administered intravenously. The mixture depends on the specific treatment, and IV drip marketers have formula that are designed to cure aging, low libido, as well as a general detox, to name a few. Yet the most popular IV drip is what is variously known as the "Myers' cocktail," a vitamin and mineral mixture containing magnesium, calcium, various B vitamins and vitamin C. IV drips are often used as a hangover remedy, something that marketers have latched onto.

IV drip clinics are popping up across the United States, selling infusions for those who want to escape the painful physical effects of having had one too many drinks the night before. These services range in price from $90 to several hundred dollars, depending on the service provider and where one is located — which is still more expensive than a night at the bar for most imbibers.

In San Francisco, where well-heeled techies are enamored of expensive and sometimes questionable wellness regimes, The I.V. Doc™ sells a range of hangover treatments that range in price from $150 to $269. At Yuabova's clinic in Brooklyn, a comparable IV drip costs around $300. In Manhattan, some clinics charge up to $500. In contrast, a hangover "pill" — which are often sold at gas stations, and widely regarded as scams — can range from $1 to $20 in price.

Yuabova explained to Salon when it comes to treating a hangover, an IV drip helps to instantly replenish the fluids and nutrients that one's body loses while drinking alcohol.

"Within 15 minutes you'll feel your headache clear up, nausea goes away, no more nausea or vomiting," Yuabova said, adding that when someone drinks excessively, "it's like somebody came in and rubbed all the nutrients out of the system."

I have previously written about how self-care has become a status symbol reserved for those who can afford to indulge in such luxuries. The wellness industry, which is estimated to be worth $4.2 trillion globally, is profiting off Americans' anxiety, depression, and overall poor health, and while there is no shame in people trying to help themselves, it is worth examining the socioeconomic gap regarding the availability of these wellness trends. They seem to be increasingly popular among those who can afford them: the on-demand fitness app ClassPass now allows customers to reserve drips in various cities.

Separate from ClassPass, some clinics offer concierge services in which a nurse travels to the customer. A quick search on Instagram for the hashtag #IVdrip reveals tens of thousands of people taking photos from their homes while getting an intravenous infusion.

Meghan Connolly is a 28-year-old real estate agent living in Miami. She first tried IV drip therapy for a hangover in 2016.

"I tried it initially because I thought it was cool and I heard it was a hangover trend," she told Salon. Connolly said she discovered on her first visit to the clinic they also offered drips for wellness. As a woman with endometriosis, she discovered that the drips helped with chronic illness as well. She estimates that she goes a minimum of twice a month, sometimes up to fives times a month, often a mix between treating a hangover and her illness. On average, she spends between $90 and $200 per visit — depending on the remedy.

"When I do it it helps me maintain overall wellness, my pain isn't as bad and I don't have as many flare-ups or episodes," Connolly said, adding when it comes to treating a hangover, she is functional the next day. "As I get older, and when I go out and have like three drinks, the next day I can't function; when I was in college I could have six drinks and go to class the next day."

Alex Tran is 35-year-old digital marketing strategist in Seattle, Washington. While partying in Las Vegas with a friend, she turned to an IV drip to ensure she would be able to enjoy the next day.

"I was out until 7am in the morning," Tran told Salon in an email. "We had lunch reservations at 1230pm and I almost didn't make them."

It cost $150 for a nurse to come to her hotel room. The process took around 40 minutes. For Tran, her IV bag was filled with vitamins and electrolytes that made her feel "refreshed" and like she was "never drunk at all."

Tran said it was a bit of "splurge," but something she would consider doing again on vacation.

"It is a bit expensive, so I'd splurge if I were on a time crunch or on a schedule with others," she said.

Strangely, the cost of this service is cheaper than getting IV therapy in a hospital. Generally hospital IVs are life-saving necessities, not optional services. An IV bag of sterile saltwater is one of the most common components of emergency medicine, yet patients can experience price hikes of 100 to 200 times the manufacturer's price thanks to the country's complicated healthcare system, as reported by the New York Times in 2013. Some hospital IVs are billed to the patient at  $500 to $800, though insurances will generally cover these — whereas at IV drip clinics, customers pay out of pocket.

In 2017, Hurricane Maria created a shortage of sterile intravenous medications in hospitals after Baxter International Inc., whose plants in Puerto Rico produces 44 percent of the IV bags used in U.S. hospitals, was damaged by the storm. Hospital weren't the only ones impacted, but IV drip clinics were, too. Yuabova said she was impacted by the shortage, and now today, she overstocks in case another one happens.