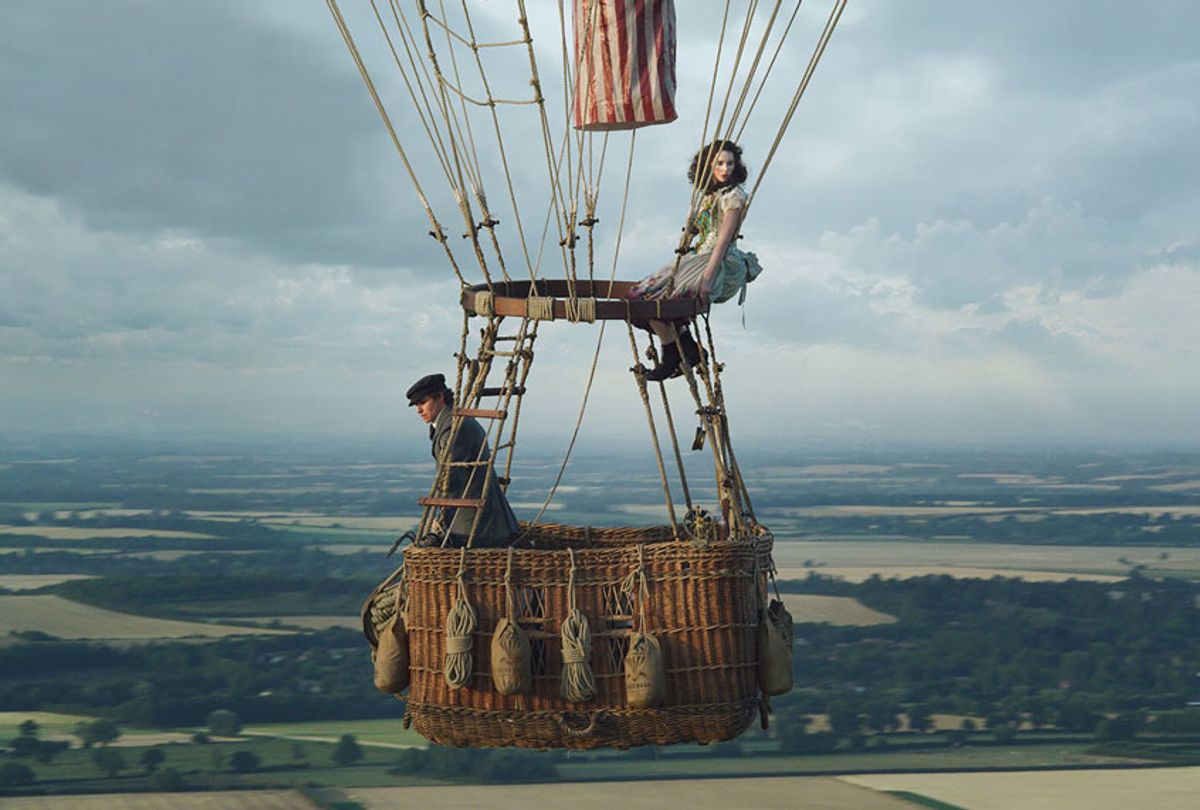 “The Aeronauts” is the kind of movie that, based on premise alone, you’d like to apply all the positive adjectives associated with hot-air ballooning: soaring, elevated, lofty! This is especially true considering that the film reunited actors Eddie Redmayne and Felicity Jones, whose breathtaking performances anchored “The Theory of Everything.” And while at times the film does reach great heights, a certain indecisiveness about what exactly it is — and for whom it’s intended — “The Aeronauts” often finds itself adrift in the moments it gets off the ground at all.

The story, which is partly based on historic figures and events, opens on a hot-air balloon launch in 1862 London. There we are introduced to real-life scientist James Glaisher (Redmayne), a finicky man who desperately wants to secure funding for his research into weather patterns; he thinks the weather is something that can be predicted, while his colleagues (and investors) doubt the veracity of his claims.

We also meet the fictional Amelia Wren (Jones), a flamboyant pilot who was once half of a popular aeronaut show with her husband. He died two years earlier, and while Amelia is still in mourning, she still possesses the bombastic stage presence that made their act a hit. The two are planning to exceed the previous world record for elevation.

There is an immediate, incredibly predictable, clash in personalities that provides some light tension for the front half of the film. While James fiddles with straps and binoculars and observes the fluffy CGI clouds, Amelia rouges her cheeks and feistily responds to James’ witticisms. Between their barbs, the film flashes back to their lives before they were held captive in the sky — how the two met, how they embarked on this journey and how poorly planned the whole venture is.

Then, as a natural disaster hits, there is a dramatic shift in tone; this is no longer a deflated romance in close quarters, and Amelia shows herself to be an action hero of sorts. Despite the supposed high stakes of this mission, this is the first sense of any real urgency in “The Aeronauts,” and it’s thrilling. The sequences are gripping, rendered all the more so against the almost ephemeral background.

But once “The Aeronauts” returns to the ground, any sense of pressure has blown over. The entire film lands — very safely — in the category of whimsical style over substance.

"The Aeronauts" is currently streaming on Amazon Prime Video.