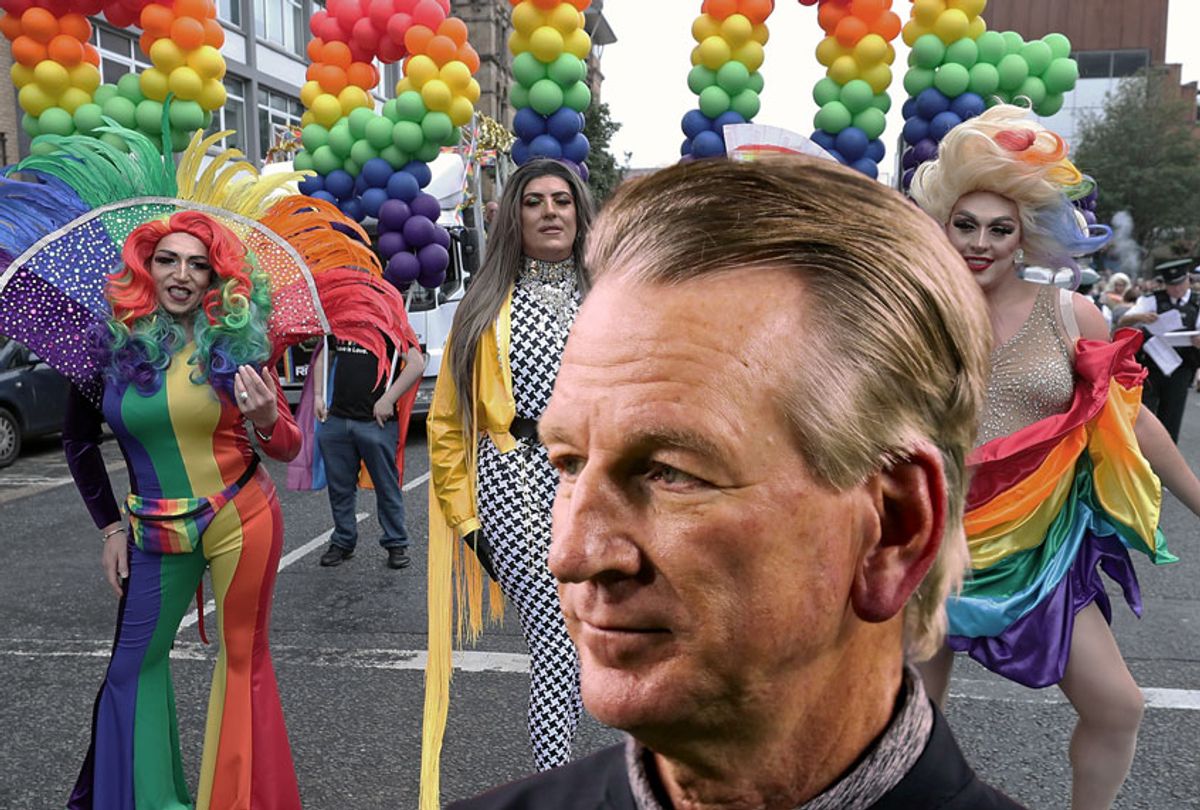 A Republican vying for Alabama’s U.S. Senate nomination in 2020 drew sharp criticism after he complained that his city “allows” drag queens in its Christmas parade.

Tommy Tuberville, the former Auburn University football coach who is running in the GOP primary against the likes of former Attorney General Jeff Sessions and Roy Moore, posted a photo of a drag queen group called the “Mean Girls” on Facebook.

“Hard to believe that right in my own backyard the city of Opelika allows drag queens in the city Christmas Parade which was held this weekend. What is next?” Tuberville wrote.

Tuberville has repeatedly complained that “we’re losing Christianity in this country.” He has called to “get God back in our schools.” He said in a speech to farmers Monday that he believes “that God sent Donald Trump to us.”

Tuberville later doubled down on his comments to local news outlet WRBL.

“Christmas is about celebrating with family,” he said. “Our public celebrations out to be family-friendly for young and old.”

Marcus Gulatte, a member of the “Mean Girls” who goes by Aalora Banks on stage, called Tuberville a “coward” in an interview with AL.com.

Gulatte told the outlet that his “family-friendly” performance was called “sick” and “disgusting” on social media, including in comments on Tuberville’s post.

“I am not ‘sick,’ and I am not ‘disgusting,’" he said. “I used my art in drag to celebrate Christmas in my community. There’s nothing wrong with that."

And many commenters also disagrees with Tuberville’s remarks.

“Coach, these queens are a fun group and a big part of the local community,” wrote Auburn graduate Jeremy Leff. “As someone who is a community leader and running for office, I would encourage you to try to be a bit more open-minded and inclusive. I’m willing to bet if you got to know them, you might feel differently.”

“It is disheartening to think that you all are teaching your kids and grandkids to spread this kind of hatred, as well as such a judgmental attitude towards anyone who is in any way different than you,” added fellow commenter Samantha Jackson.

Lucas Copeland, an Auburn University student who serves as the director of the school’s Gay-Straight Alliance, offered a response to Tuberville’s question, “What is next?”

“What happens next is that the community is able to support and welcome all of its members,” Copeland told WRBL. “For many queer Christians, having queens in a Christmas parade is a sign that their community recognizes and supports their identity. If Tommy is seeking to represent all the people of Alabama, he can’t pick and choose who has a right to be part of the community.”

Though Tuberville’s comments offended many in his own community, his views are not that different from the other Republicans hoping to unseat Sen. Doug Jones, D-Ala.

Sessions has a long history of anti-LGBTQ policies and rhetoric. As attorney general, he organized a “religious liberty” task force, which critics warned would allow discrimination against the LGBTQ community.

Moore, the former chief justice of the state’s Supreme Court who was ousted after refusing to comply with a U.S. Supreme Court decision that effectively legalized same-sex marriage, has made his anti-LGBTQ views the centerpiece of his campaign.

“We have got to go back to what we did back in the ’60s and ’70s — back to a moral basis. We had abortion laws in our state. We did not have same-sex marriage. We did not have transgender rights. Sodomy was illegal," he said last month, complaining about “drag queens teaching Kindergarten children in this state and this community.”

Angie Hodges commented on Tuberville’s post to urge him to focus on things that actually affect his community rather than pushing decades-old culture war fearmongering.

“Address something of actual importance. Let me suggest a few. Healthcare availability, Education improvement, Infrastructure, Creating jobs that provide a living wage, The atrocious conditions of Alabama prisons, Homelessness, Veteran’s care,” she wrote. “Show us your insight on those and how you will work to help Alabama residents. That’s what voters care about. Not who’s dancing in a parade.”