Decrying the "sheer political madness," Trump proclaimed his innocence on Twitter in advance of the announcement 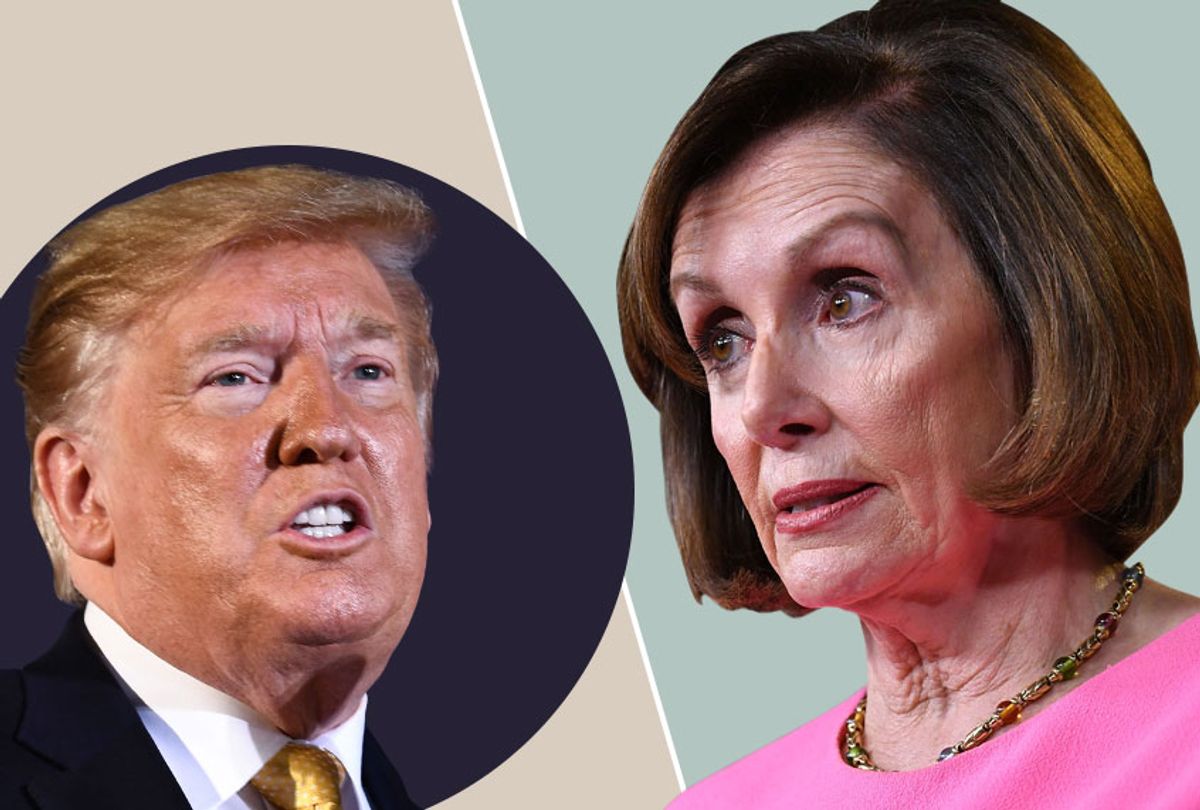 Democratic leaders announced at a news conference that the articles charge Trump with both abuse of power and obstruction of justice.

"Today, in service to our duty to the Constitution and to our country, the House Committee on the Judiciary is introducing two articles of impeachment, charging the president of the U.S., Donald J. Trump, with committing high crimes and misdemeanors,” Judiciary Chairman Jerry Nadler, D-N.Y., said. “It is an impeachable offense for the president to exercise the powers of his public office to obtain improper personal benefit while ignoring or injuring the national interest. That is exactly what president Trump did."

"President Trump engaged in unprecedented, categorical and indiscriminate defiance of the impeachment inquiry,” he added. “This gives rise to the second article of impeachment for obstruction of Congress.”

Nadler said there were two reasons that Democrats were moving forward with articles of impeachment. One was to show that “no one — not even the president — is above the law,” even if the president “declares himself above accountability.”

The other, he said, is because the “integrity of our next election is at risk from a president who has sought foreign interference in the 2016 and 2020 elections and who consistently puts himself above country.”

Schiff said that the president "abused the power of his office by conditioning two official acts to get Ukraine to help his re-election: the release of hundreds of millions of dollars in military aid that nation desperately needed and a White House meeting with an ally trying to fend off Russian aggression."

"The president's oath of office appears to mean very little to him,” Schiff continued, “but the articles put forward today will give us a chance to show that we will defend the Constitution and that our oath means something to us."

The House Judiciary Committee is expected to vote to approve the two articles of impeachment on Thursday ahead of a full House vote next week. If approved across party lines, as is expected, the Senate will hold a trial on whether Trump should be removed from office in January.

Nadler told reporters before the news conference that “Republicans hardly attempted to defend the president’s conduct” during the House impeachment hearings.

“All they talked about was, from their point of view, the improper process about Biden, and Burisma and Ukraine,” he told The Hill, “but nothing about defending the president's conduct."

Trump proclaimed his innocence on Twitter in advance of the announcement.

“To Impeach a President who has proven through results, including producing perhaps the strongest economy in our country’s history, to have one of the most successful presidencies ever, and most importantly, who has done NOTHING wrong, is sheer Political Madness!” he tweeted.

Democrats expressed confidence that the case against Trump is strong, even with the Senate expected to acquit Trump down party lines.

"The evidence of the president's misconduct,” said Schiff, “is overwhelming and uncontested."

Watch the full announcement of articles of impeachment below via YouTube: