Bill Barr is about to strike again 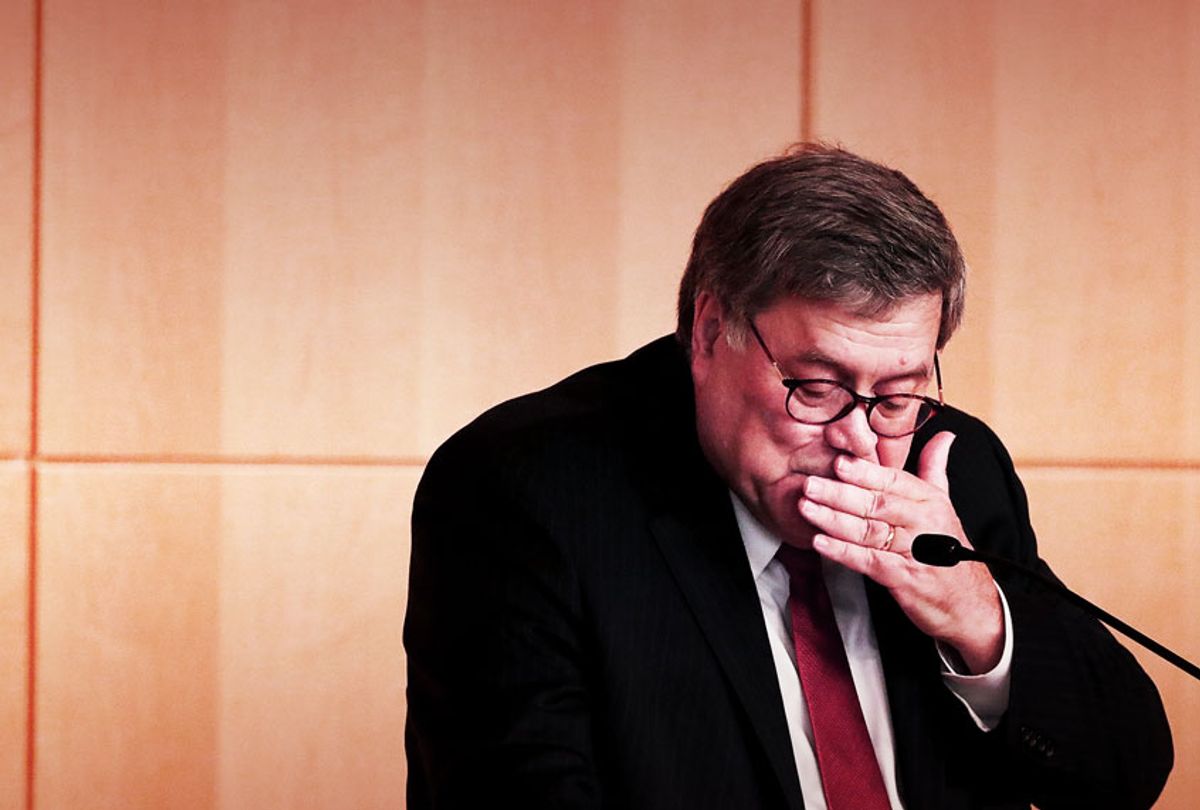 Here we go again. A respected Justice official has spent months in an investigation into possible wrongdoing at the start of what became the special counsel’s probe, only to have Atty. Gen. William P. Barr moving to counter the results even before they are published.

The official this time is the Justice Department’s inspector general, Michael Horowitz, but according to news reports, Barr is maneuvering behind the scenes to counter central conclusions that there was nothing major amiss in the start of the investigation of all-things-Russia.

Yes, from the bits and pieces that have emerged, a lower-level lawyer changed an email after the fact to bolster a particular argument towards getting approval from the secret FISA investigatory court, but the report concludes that it did not alter the outcome. Overall, Horowitz is expected to say in the report, while one could question judgments made along the way by top brass at the FBI, the call to launch an investigation was totally kosher. In other words, no “witch hunt,” as charged by Donald Trump and his team of defenders.

But Barr, who undercut the force of the Mueller Report before it came out last spring, apparently is telling associates within Justice that he personally disagrees with that conclusion. Barr is heavily invested in finding fault with the origins of the report, having separately hired Connecticut U.S. Attorney John Durham to find evidence of wrongdoing, even criminal wrongdoing.

The report is due out next Monday. Sources within Justice have told both The Washington Post and The New York Times that Barr is rejecting Horowitz’s rationale for concluding that the FBI had sufficient basis to open an investigation on July 31, 2016.

Barr vs. the Intelligence Community

You can expect that there will be fireworks over this because it pits Barr against his own investigators, and against the full array of 17 U.S. intelligence agencies.

But then Barr has made clear over time that he believes in serving the needs of Donald Trump over anything that you and I would recognize as justice.

Barr has said that intelligence agents “spied” on the Trump campaign, if not the candidate himself. He has expressed skepticism about the validity of the Russia investigation altogether.

Barr was a key voice in deciding that there was nothing wrong with the president’s phone call and rogue foreign policy campaigns through Rudy Giuliani to trade needed and Congressionally approved military aid and a White House meeting with the current, vulnerable Ukrainian leader for a promise to declare open investigation targeting Joe Biden and his son, Hunter.

According to the Post,  it is not yet clear how Barr plans to make his objection to Horowitz’s conclusion known.  He could speak out about it, as with the Mueller Report, summarizing it in a biased manner, or include a note in the final report, a standard practice.

Justice Department spokeswoman Kerri Kupec said in a statement that the inspector general investigation “is a credit to the Department of Justice. His excellent work has uncovered significant information that the American people will soon be able to read for themselves. Rather than speculating, people should read the report for themselves next week, watch the Inspector General’s testimony before the Senate Judiciary Committee, and draw their own conclusions about these important matters.”

The Russia investigation was opened after the FBI was told of statements made by former Trump campaign aide George Papadopoulos that the Russians possessed hacked Hillary Clinton emails. Later, there were public reports that Russian intelligence operatives had hacked the Democratic National Committee.

The Post analysis says the attorney general has privately contended that Horowitz does not have enough information to reach the conclusion the FBI had enough details in hand at the time to justify opening such a probe, noting that other U.S. intelligence agencies held significant information.

Generally, Barr has been supportive of Horowitz, as have Republican members in Congress who have been awaiting the Horowitz report on investigating the investigators. Now they will switch their expectations to whatever U.S. attorney Durham is pursuing in his separate probe.

From a political point of view, all this is gold for Democrats, who will play up Barr’s role as a shield for the president rather than an independent voice for justice. But it also means yet another lengthy he said-he said debate over what to accept in the name of truth.

It all helps to explain why Americans increasingly believe that no one in Washington leadership is believable.