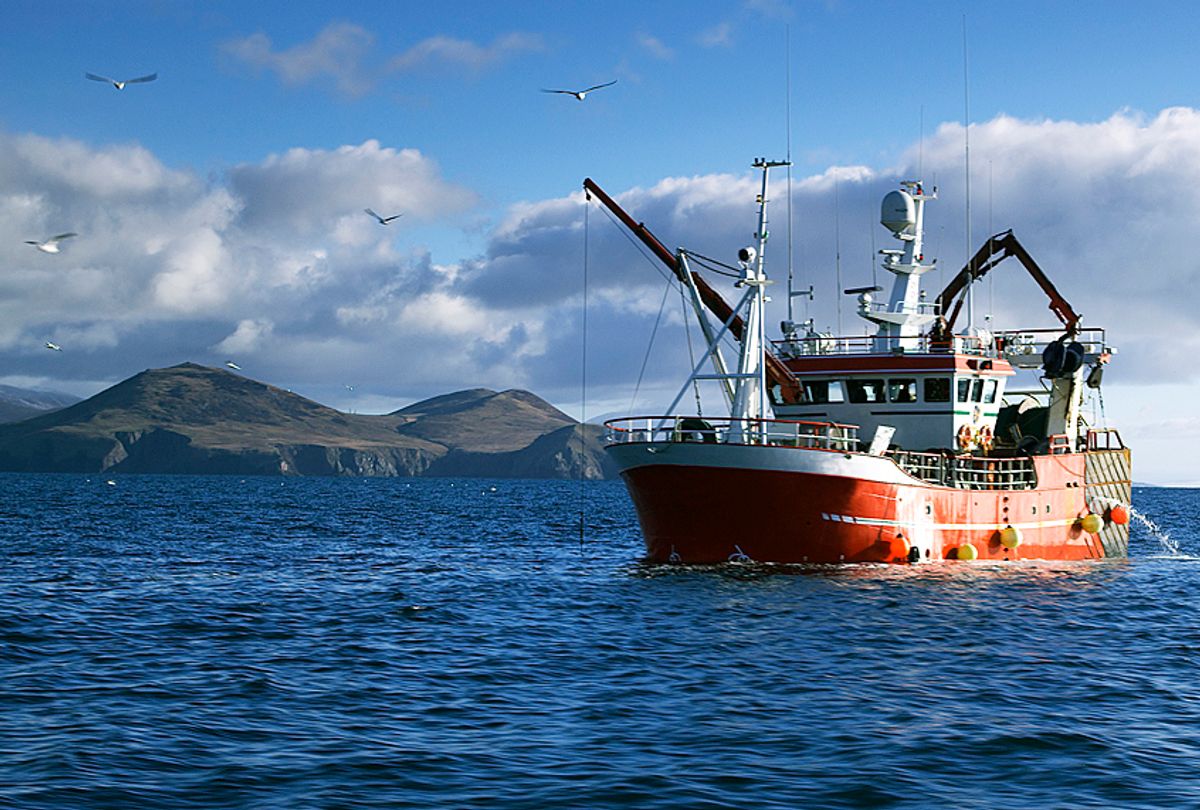 The climate crisis is hurting the New England fishing industry, claims a new report published Monday, with a decline of 16% in fishing jobs in the northeastern U.S. region from 1996 to 2017 and more instability ahead.

University of Delaware researcher Kimberly Oremus' paper, "Climate variability reduces employment in New England fisheries," was published in the Proceedings of the National Academy of Sciences.

"This is an important signal to incorporate into the fisheries management process," Oremus told Science X. "We need to figure out what climate is doing to fisheries in order to cope with it."

Oresmus found that the fishing industry is in trouble due to variations in ocean temperature. Of particular concern is the Gulf of Maine, an area of the ocean warming faster than nearly any other in the world.

"New England waters are among the fastest-warming in the world," said Oremus said. "Warmer-than-average sea-surface temperatures have been shown to impact the productivity of lobsters, sea scallops, groundfish, and other fisheries important to the region, especially when they are most vulnerable, from spawning through their first year of life."

As The New Food Economy explained, the New England fishing industry has been under threat for decades due to overfishing and climate change.

Due to overfishing, cod stocks are nearly depleted. To avert complete collapse, the National Oceanic and Atmospheric Administration now sets limits on fish catches, or quotas. In the past decade, catches have plummeted, from 100 million pounds of cod in the early 1980s to a fraction today.

Oresums told HuffPost's Alexander Kaufman that while her research shows the fisheries' decline is driven by warmer winters, she wasn't able to get a full picture of the crisis.

"This doesn't capture all the anthropogenic climate change," said Oresmus. "There's probably additional warming on top of the variability that I don't account for."

The Gulf of Maine, which stretches from Nova Scotia in Canada to Cape Cod, Massachusetts, has warmed faster than 99% of global oceans, increasing by an average of 0.11 degrees Fahrenheit per year over the past three decades. While temperatures fluctuate, melting Arctic ice is weakening the southward current that once flushed the basin with cold waters from Greenland, putting the basin’s temperatures on a firm upward trajectory.

The effects have made the fishing industry even less predictable than in years past. Record lobster hauls over the past decade in Maine now look set to decline, according to two studies published in the past month. The New England fishery for Northern shrimp, once a winter mainstay, is set to remain closed for a seventh consecutive year. An iconic seafood processing firm in Gloucester, Massachusetts, went bankrupt in May.

"The individuals who can't weather these climate shocks are the small mom-and-pop businesses and smaller fishing establishments," said Oresmus. "There are communities that are just not going to be fishing communities anymore."