Major ISPs colluded with FCC to lie about their internet speeds: report 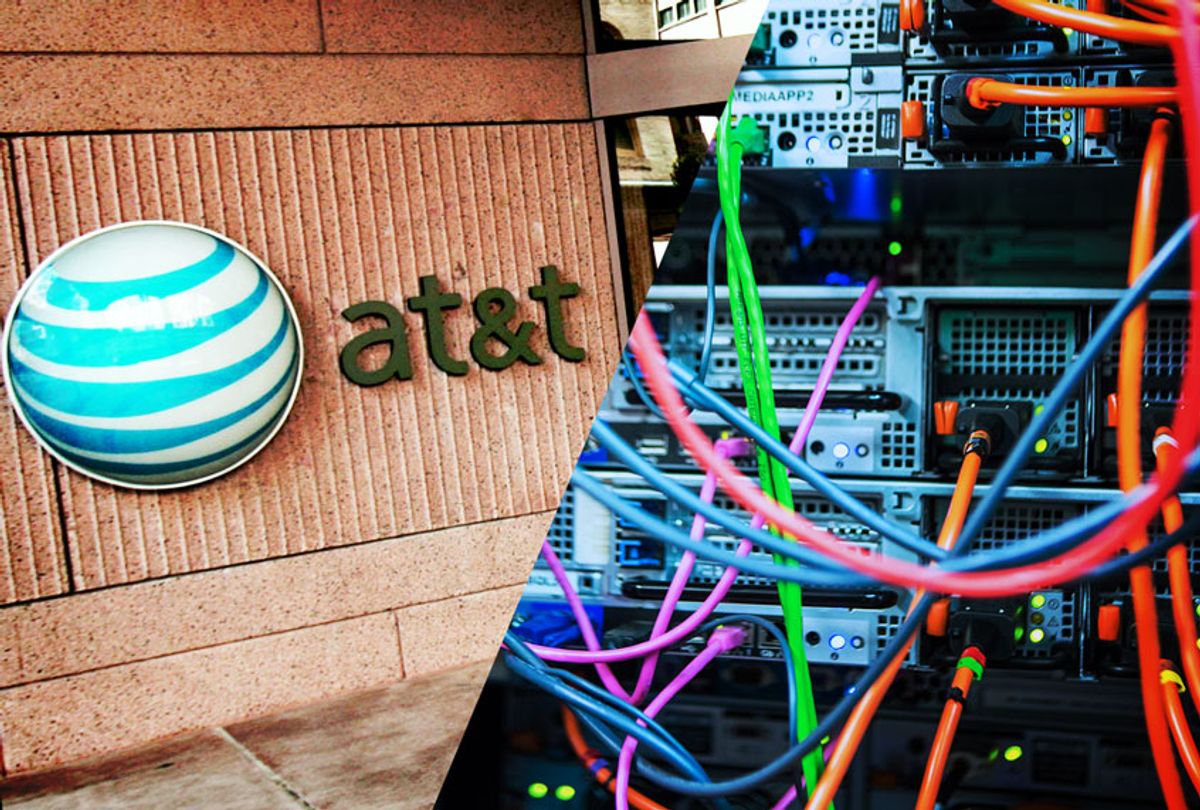 If you chose an internet-service provider based on their official internet speed scores published by the Federal Communications Commission, you have have been lied to.

According to a new report in the Wall Street Journal, AT&T, Cox, Comcast and other telecom giants pressed the Federal Communications Commission (FCC) to remove unfavorable data on their speed tests to improve their scores. The FCC has an ongoing research initiative called Measuring Broadband America which is meant to hold internet service providers accountable for their promised internet speeds by gathering "independent" data.

According to the Wall Street Journal, the FCC uses data from a month or two in the fall to produce the report. The FCC and SamKnows, a company that measures internet performance,  alert the internet providers the dates of when the tests will be done and sends them lists of testers' names so they can confirm the internet packages. The relationship and process, according to the report, allows the companies to make targeted upgrades and improve service for the households being tested, thus manipulating the results.

A former Cablevision engineer told the Wall Street Journal: "There was an effort to make sure known [users] had up-to-date equipment.” The neighborhoods that contained speed-testing users were also allegedly marked "high priority" got upgraded ahead of others, too.

The Wall Street Journal interviewed more than 24 industry officials to conclude that the FCC report "likely gives consumers an unreliable measure of internet providers’ performances by overstating speeds," in part due to companies pushing the FCC to remove specific data, too.

Major providers have persuaded the FCC to remove unfavorable data, including individual houses with poor scores, blaming faulty equipment. They have successfully argued to exclude test days when heavy traffic slowed scores, such as during NFL games or when Apple Inc. pushed a new software update. Reasons for the deletions aren’t always included in the FCC reports.

As noted in the report, companies often use these scores to sell packages. Representatives of major broadband providers denied direct efforts to manipulate the scores, according to the report.

However, a former AT&T employee familiar with the testing program had a different take.

As the report states:

"AT&T was repeatedly at loggerheads with the FCC over its results and worked closely with the agency to have favorable items included in the report, a former AT&T employee familiar with the testing program said.

This resulted in the FCC not publishing AT&T's DSL (digital subscriber line) data in last year's report. AT&T, according to the report, will also be using its own measurement tool this year to report data to the government agency.

The Wall Street Journal also conducted its own test to assess how speed impacts internet performance. The publication  found that there were "marginal benefits" when paying for speeds higher than 100 Mbps.