"I'm going to take my cues from the president's lawyers . . . We know how it's going end” 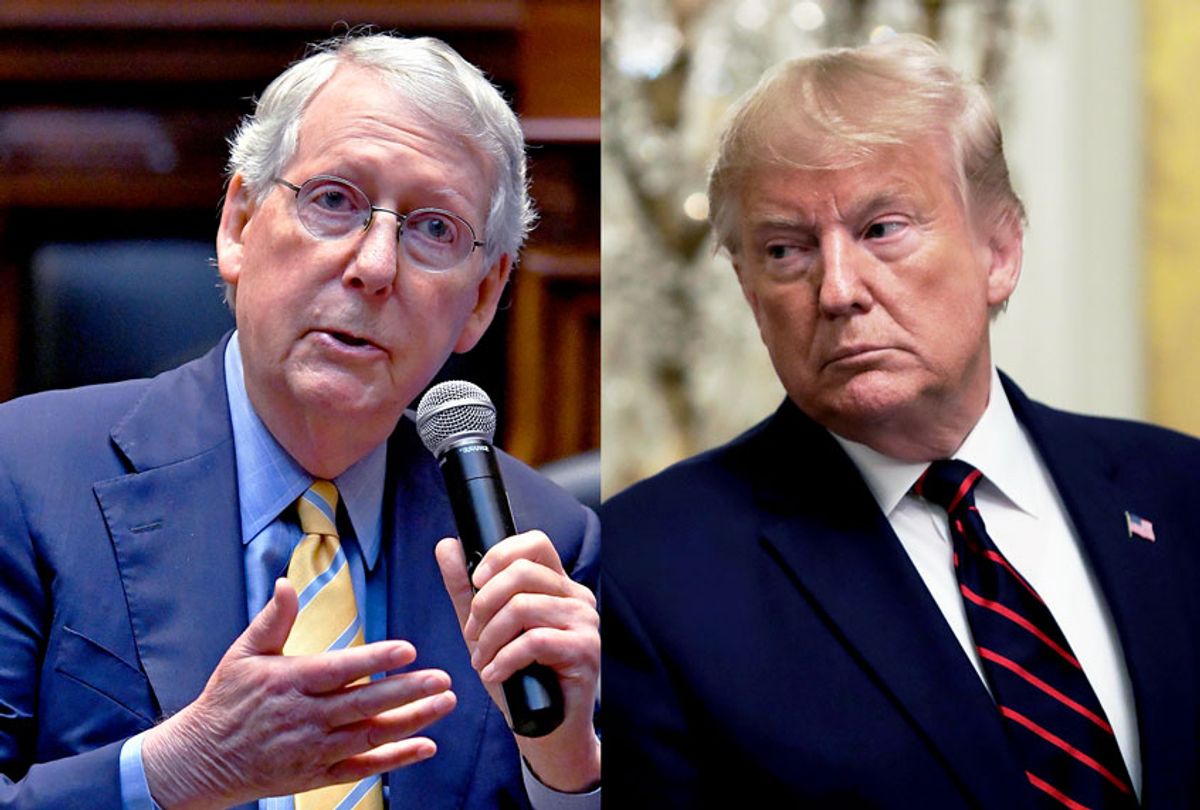 While many Republican and Democratic senators have avoided discussing Trump’s impeachment by arguing that they will be “jurors” at the expected Senate trial, McConnell made no such qualms when he promised Fox News primetime host Sean Hannity that he would “take my cues from the president’s lawyers.”

McConnell met with White House counsel Pat Cipollone on Thursday to discuss the Republican strategy for the impeachment trial, with the House of Representatives expected to vote mostly across party lines on two articles of impeachment against Trump, according to CNN.

After the meeting, McConnell vowed to Hannity that he would be in “total coordination with the White House counsel’s office and the people who are representing the president in the well of the Senate.”

"Everything I do during this, I'm coordinating with the White House counsel,” he added. “There will be no difference between the president's position and our position as to how to handle this.”

McConnell said that the president would determine whether Senate Republicans will move forward with a quick trial with no witnesses.

The Senate trial is expected to begin in January. The Senate requires a two-thirds majority to convict and remove a president from office. McConnell assured Hannity that “we know how it’s going to end.”

“There's no chance the president's going to be removed from office,” he said.

Though no final decisions have been made, McConnell and Cipollone agreed to allow House Democratic impeachment managers to present their case before a defense from the president’s lawyers, CNN reported. After that, McConnell will meet with the White House to discuss next steps and any witnesses Trump’s team would like to call.

The Washington Post reported that McConnell is unsure that there are enough Republican votes to only call the witnesses on Trump’s list. If Democratic votes are needed, Senate Minority Leader Chuck Schumer, D-N.Y., can request witnesses like Vice President Mike Pence and acting White House chief of staff Mick Mulvaney.

"My hope is that it will be a shorter process rather than a lengthy process," McConnell told Hannity.

“In other words, the jury — Senate Republicans — are going to coordinate with the defendant — Donald Trump — on how exactly the kangaroo court is going to be run,” he said.

Former Sen. Tom Daschle, D-S.D., who served as the Democratic leader during former President Bill Clinton’s impeachment trial, told Axios that he viewed any contact with the White House as “inappropriate.”

“I felt strongly that, as a ‘juror,’ contact or coordination with the White House was not appropriate,” he said. “I had no conversations with the president or his staff during the entire time of the proceedings . . . Times have changed.”

“So much for an impartial fair trial in the Senate,” he tweeted in response to McConnell’s interview. “This is not how it went down in 1999.”

Former Clinton Cabinet official Robert Reich added that “someone should remind McConnell that the Constitution requires the Senate to act as a jury on impeachment.”

“Imagine the foreman of a jury,” he added, “announcing before a trial that there will be no difference between the jury's position and a defendant's.”