Our nation is facing a crisis in long-term care. And, frankly, we are not prepared 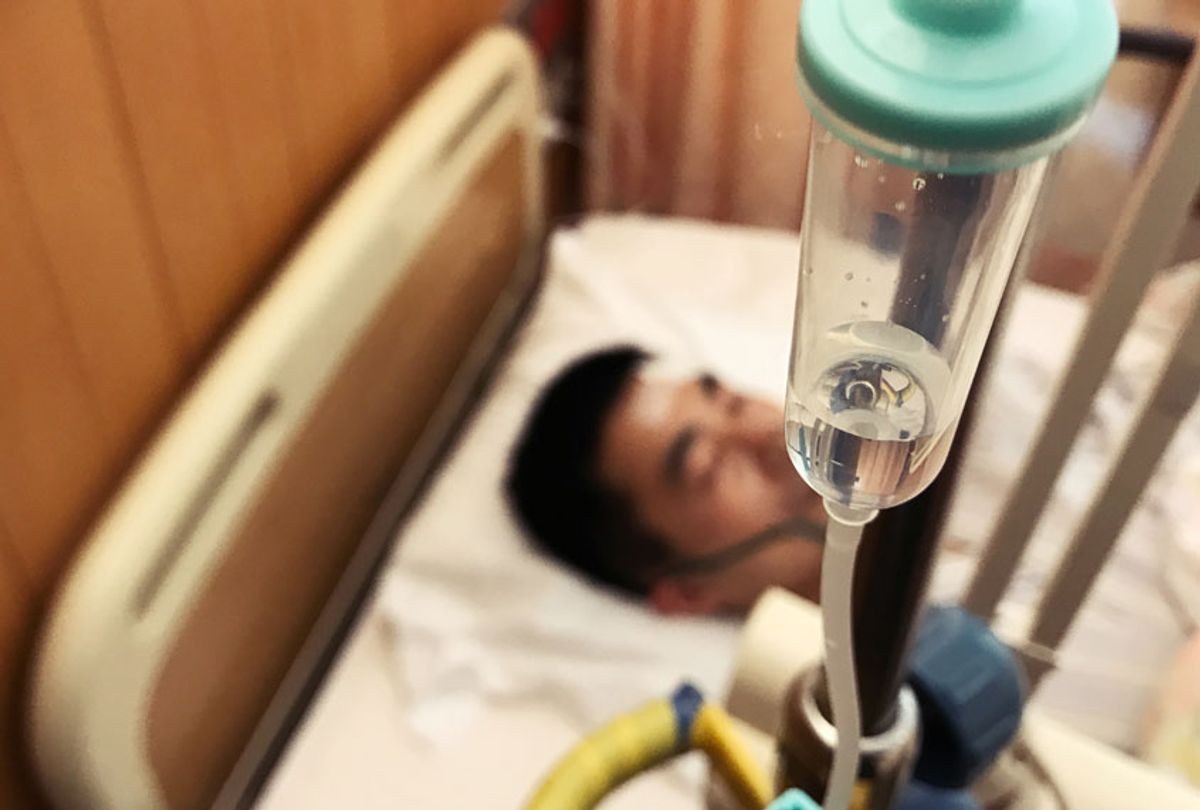 Earlier this year, on a perfect Southern California day, my phone rang. On the other end was the daughter of one of my close friends. The daughter reported to me that her mom had suffered a stroke. It was a shocking moment, a terrible moment.

I asked the first questions that came to my mind: Which hospital or nursing home is taking care of my friend? What condition is she in? How can I help? The daughter resides in Austin and is married with a nine-year-old child. Her mother, the stroke victim, lives in Los Angeles.

As is often the case, the stroke was unexpected. The notes I took from the phone call and several other calls over the course of that week reflect that no one from the family was ready for this terrible moment. The calls I took part in had to do with medical decisions and daily care realities.

A few days after the stroke and the initial hospital stay, my friend was transferred to a nursing home. It was evident from talking to her daughter that the physical therapist was suggesting one set of ideas, the nurses another set of ideas. Already they have had to deal with three different caseworkers.

My friend’s family is facing some of the toughest decisions any of us will ever have to make. Will the mom be willing to move to Austin? Should her daughter’s family move to Southern California? The stroke was as cruel as cruel gets. My friend cannot speak; she cannot walk nor feed herself.

This family and their loved ones have now entered a whole new world. And they are far from alone.

Here is the raw fact: We have no set of unified strategies that will give help to the millions of aging Americans facing the challenge, the reality of long-term care. And there is no “normal” when it comes to long-term care.

A little history is relevant. A few decades ago, there was a TV commercial featuring an older woman falling down in the kitchen of her home. She lived alone. As she was lying on the floor, obviously in pain and fear, she is heard saying, “Help! I’ve fallen, and I can’t get up.” The commercial was an ad for Life Alert. This is a device that old folks may wear around their neck or keep on their body that, if needed, can be used to signal for help.

In 2007, USA Today ranked the commercial as “one of the most-memorable TV commercials from the past 25 years.” It was a message that hit every generation hard. No one wants his or her elderly parent or friend left lying on the floor due to a painful fall.

And, as weird as this sounds, this commercial and other advertisements are about the only education many Americans ever get about long-term care.

I don’t watch much TV, but when I do, I see ads about “caring for Mom” or “making life easier for Dad.” These ads promote private sector home services for elders. These private sector services are advertised as offering a professional caregiver that comes to one’s home to take care of people who are aging and need assistance day-to-day.

None of this comes cheap, and the cost of having someone come into an elder’s residence is getting higher and higher. In 2017, thenational average for private home care was $21.00 an hour. That’s about $1,000 a week.

We are in the early moments of facing something we should have faced long ago. Our nation is facing a crisis in long-term care. And, said bluntly, we are not prepared.

Granted, many people are willing to make sacrifices and care for aging parents out of love, out of loyalty and because they are nervous about someone they don’t know caring for mom or dad. But the fact is that the toll on family economics is devastating. AARP recently reported that the value of family and friend caregiving amounts to about $470 billion each year.

Our nation understood long ago the ravages of poverty that oftentimes come with getting older. We made a solid commitment to eradicate senior poverty with the passage of Social Security in 1935. President Franklin Roosevelt said it well when, in the middle of the Great Depression, he signed the legislation that created Social Security and said: “This social security measure gives at least some protection to 30 million of our citizens who will reap direct benefits through unemployment compensation, through old-age pensions and through increased services for the protection of children and the prevention of ill health.”

But, through the years, not enough attention has been given to the need for long-term care coverage. Medicare offers very limited coverage for long-term care. If a recipient qualifies for short-term Medicare coverage in a skilled nursing facility, Medicare pays 100 percent of the cost for the first 20 days. For days 21 through 100, the patient pays a daily copay of $170.50. If the patient remains in a facility for more than 100 days, the patient covers all costs from that point forward.

For low-income Medicaid patients, there is full nursing home coverage. But one must be very poor to qualify. And Medicaid’s qualification rules vary from state to state. In a frank yet truthful piece published by Elder Law Answers, readers are advised that “you need to be broke to qualify for Medicaid. Medicaid helps needy individuals pay for long-term care, but you need to be completely destitute to qualify.”

The long-term care crisis is even scarier because the American family has dramatically changed. I often see literature from caregiving groups that encourages families should do this or do that when caring for or helping a loved one. This is all said with the best intentions and with sincere goodwill. Every time I read such a message, I like the advice and I appreciate the lessons set forth.

But I am an aging man without a family (I’m 70 years of age). Many of my friends and neighbors are in similar situations. So, I ask: What about people living alone without a family?

Last year, the Wall Street Journal published an article titled “The Loneliest Generation: Americans, More Than Ever, Are Aging Alone.” It noted, “Baby Boomers are aging alone more than any generation in U.S. history, and the resulting loneliness is a looming public health threat. About one in 11 Americans age 50 and older lacks a spouse, partner or living child, census figures and other research show. That amounts to about eight million people in the U.S. without close kin, the main source of companionship in old age.”

The family construct in our country that used to be the front line of help as we age is simply not there any longer. We are more alone than ever. We face illness, aging, and dementia without anyone to help us cope or assist with chores and needs of daily living.

Where do we go from here as a nation facing the challenge of long-term care? Some states are looking at programs that assist aging seniors or disabled persons with their needs. The states of Hawaii, Washington, and Maine have instituted long-term care support programs. California is exploring options for creating a similar program within the next few years. All of these plans will require premiums and a per-day cash benefit if a person is eligible.

But the only way to truly address the long-term care crisis is with the full strength of a federal program: A universal long-term care benefit that is part of Medicare. And it must happen soon.

The answer is Medicare for All, which would add robust long-term care benefits to Medicare. Right now, our health care system is designed to profit a wealthy few like pharma and insurance CEOs. By getting greed out of health care, Medicare for All would make it feasible to give every senior the long-term care that they need, while also paying caregivers a living wage.

Several Democratic candidates for president support Medicare for All. This gives the idea both momentum and public firepower. But to make it a reality, we the people need to get organized.

Back in the 1930s, the Townsend Movement mobilized millions of Americans in support of a retirement pension—ultimately leading to the creation of Social Security. Similarly, a massive grassroots movement must be organized in order to demand Medicare for All. Given the coming long-term care crisis, seniors and their families should be at the forefront of that movement.

The dictionary definition of crisis is as follows: “A time of intense difficulty, trouble, or danger.” Reaching the phase of aging where dependence on others is no longer a choice but is a must is such a time.

Every generation must come together to address the long-term care challenge by fighting for Medicare for All. It is the correct path as we build a more perfect union. It is the next major step in ensuring economic security and dignity for all Americans.