Dollar Tree's rapid growth may have come at a price to workers and consumers. 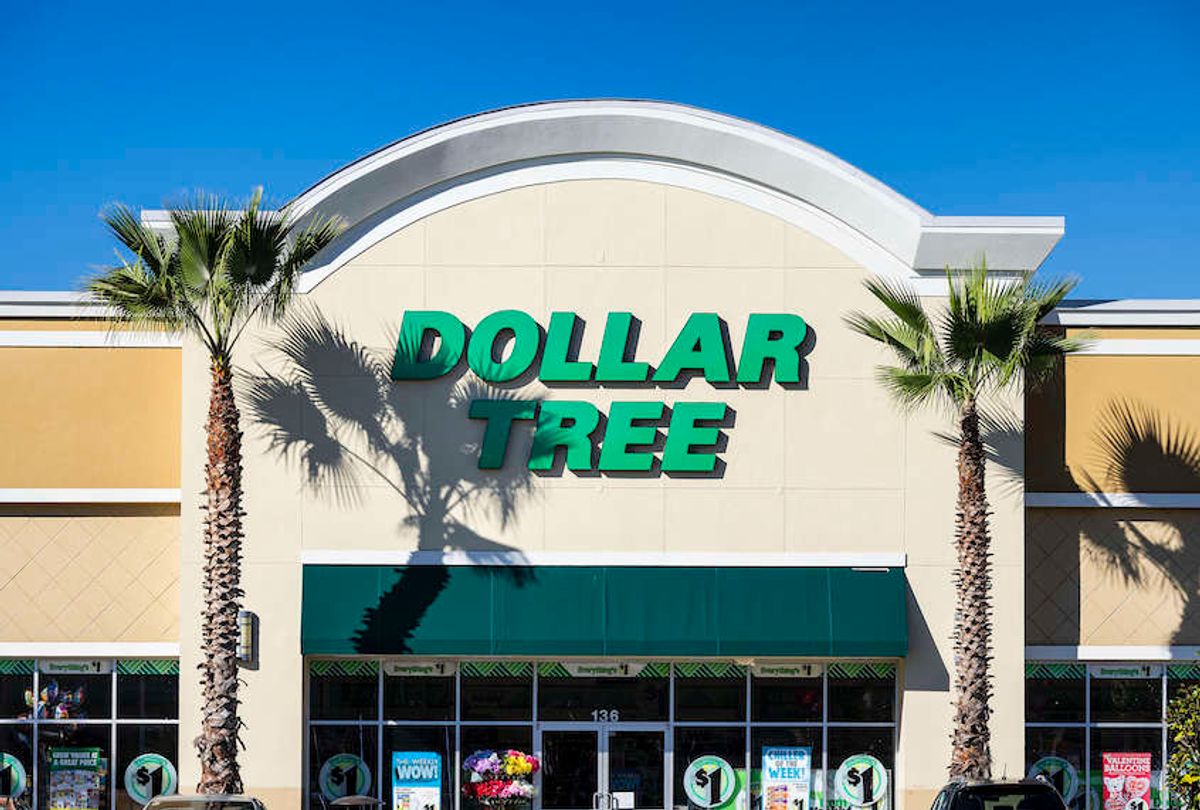 There are so many boxes at Dollar Tree stores that workers are always running out of room. The boxes form unstable piles that block aisles, reach precarious heights and, most seriously, block emergency exits.

In April, the federal Occupational Safety and Health Administration cited four Dollar Tree stores in Idaho for a string of repeat safety violations. At one store, inspectors found that an employee was injured and needed help when boxes fell on them. Another time, an OSHA inspector was videotaping conditions in a store when a tower of boxes tumbled and nearly hit another worker. The company is contesting the citations, along with $898,000 in proposed penalties.

But run-ins with job safety regulators are nothing new for the huge discount chain, which in a recent 12 month period  racked up citations at 34 of its stores across the country, including some for willful safety violations, the most serious kind, according to a review of OSHA enforcement data. A FairWarning investigation also found that more than 150 company stores have been cited since December 2015, when Dollar Tree agreed in a settlement with OSHA to pay $825,000 in penalties and to clean up its act.

“Maintaining a safe workplace and shopping environment is our highest priority,” said Dollar Tree spokesperson Kayleigh Painter in an email to FairWarning. “We work to ensure compliance with all health and safety regulations at our stores and we take each individual situation and allegation seriously.”

The hazards can be traced to the same basic problem: truckloads of boxes that are shipped to Dollar Tree stores based on sales data, whether or not employees have anywhere to put them.

“Management would send in large quantities of goods to be sold, but the stores didn’t have enough storage space,” recalled David Michaels, who headed OSHA at the time of the 2015 settlement, and is now a professor of public health at George Washington University.

Inspectors also found that the stores were too understaffed ”to handle the selling floor and correctly store the boxes at the same time,” Michaels said.

OSHA doesn’t routinely inspect retail stores, where injury risks usually are much lower than at construction and manufacturing sites or hospitals. But Michaels said the agency was peppered by complaints from Dollar Tree employees about blocked fire exits and aisles. OSHA’s strategy was ”to keep giving larger fines for repeat violations until Dollar Tree agreed to address the problem countrywide.”

The pattern was so widespread that a Labor Department attorney in Dallas, blogging about the 2015 settlement, said it was meant to prevent a repeat of the infamous Triangle Shirtwaist Factory fire of 1911 that killed 146 New York sweatshop workers, who were unable to escape because most of the doors were locked.

The settlement with OSHA covered 2,400 Dollar Tree stores. Along with paying an $825,000 penalty to resolve citations pending against stores in eight states, the company agreed ”to develop and implement a comprehensive safety and health program,” OSHA said in a press release —  including training for senior executives and managers and the hiring of a third-party monitor to audit stores over the two years covered by the settlement.

But Dollar Tree routinely has been cited for the same hazards that led to the settlement. Employees across the country are continuing to complain to OSHA about boxes that create falling hazards and could block evacuation in an emergency

“OSHA is working to ensure that Dollar Tree is held accountable for their obligations under the Occupational Safety and Health Act,” said agency spokeswoman Denisha Braxton in an email.

Just in the past week, OSHA has announced enforcement actions against Dollar Tree stores in Andalusia, Alabama, and Bloomfield, Connecticut. The agency is seeking $312,576 in penalties against the Alabama store, including for unsafe stacking of boxes and permitting emergency exits to be blocked. It has proposed $208,384 in penalties for similar violations at the Connecticut store.  “OSHA has cited the company multiple times for similar hazards at stores around the nation,” the agency said, “including after recent inspections in Falmouth, Massachusetts, and Elmira, New York.

Dollar Tree, Inc. based in Chesapeake, Virginia, is an industry leader in what’s known as small-box value retail. The stores compete with big box retailers like Walmart but are a fraction of the size, reducing rental expense (but also storage space), and capping prices at $1. It’s a business model that has seen rapid growth following the recession.

In July 2015, Dollar Tree purchased Family Dollar for $8.5 billion, transforming the two former competitors into the largest discount retailer in North America, with 14,038 stores at the time. The company has since opened about 1,000 more stores and plans to eventually operate 26,000 under the Dollar Tree or Family Dollar names, according to its latest annual report, which announced record net sales of $22.82 billion last year.

The rapid growth may have come at a price to workers and consumers. Dollar Tree has been sued repeatedly by workers claiming the company violated federal wage laws through such actions as misclassifying ordinary workers as managers. The company said in its last quarterly report that it is facing 2,100 arbitration claims from workers over  wage and hour disputes, and may face an additional 4,200 complaints in the future. Recently, Dollar Tree received a warning from the Food and Drug Administration for selling over-the-counter drugs made in foreign countries that weren’t tested for safety.

Speaking about the legal attacks in its quarterly report, Dollar Tree assured investors that “we do not believe that any of these matters …[will] have a material effect on our business or financial condition.”

A typical Dollar Tree store stocks about 7,300 items at a given time. The company says it carefully monitors point-of-sale data at each store. Under a system it calls ”automatic replenishment,” when something sells well more of it can be sent without being ordered by store managers.

Visit a Dollar Tree store and evidence of “automatic replenishment” can be witnessed first-hand. Merchandise boxes may be piled in the storage room, upfront by the cash register, or in the shopping aisles, next to the shelf where the items are supposed to go but do not fit. Employees are often busy pushing boxes through the store.

But it is the workers who bear the brunt of the problem.

Working in the value store industry has been described by employees as stressful and low-paying. The Dollar Tree and Family Dollar stores employ more than 182,000 people, according to the company’s 2018 annual report, but the majority–124,900 — work less than 30 hours per week, so under federal law don’t qualify for certain benefits. Workers typically are asked to sign arbitration agreements waiving the right to take grievances to court, according to an attorney for an employee who has a lawsuit against the company.

As dollar store workers, “we’re always considered, for some reason, the lower end of the employment barrel,” says the employee, Daniel Walker, who works at a store in Portland, Oregon. Walker is suing the company for allegedly ordering him to clean rodent urine and feces without safety protection. Dollar Tree is seeking transfer of the case to arbitration.

On Glassdoor.com, a website where workers can post anonymous reviews of their employers, Dollar Tree workers describe earning minimum wage in stores that are understaffed, and contending with trucks of over 3,000 cartons of merchandise that arrive each week. If “you want to cut back the amount the company is trying to send you cannot cut it back,” one reviewer says. Numerous photographs on the site show stock rooms or store aisles overflowing with boxes.

Rather than hire more staff or give employees more hours to handle inventory, Dollar Tree appears willing to risk increasingly higher fines. At a Dollar Tree store in Dallas, Texas, OSHA inspectors responding to a whistleblower complaint, in February 2018, discovered that someone had locked an emergency exit door with a 2×4 piece of lumber. OSHA proposed $129,336 in penalties; Dollar Tree settled for $100,000.

At a Dollar Tree store in Vancouver, Washington, workers had to squeeze through a narrow space left by boxes in the breakroom in order to clock in and out every day, said Frank Ameduri, a spokesman for the Washington Department of Labor & Industries, which by agreement with OSHA regulates workplace safety in the state.

In May,  the state agency cited Dollar Tree for multiple violations and proposed $503,230 in penalties. Dollar Tree appealed and reached a settlement, agreeing to pay $293,200.