DNA testing kits will be a popular gift this holiday season. 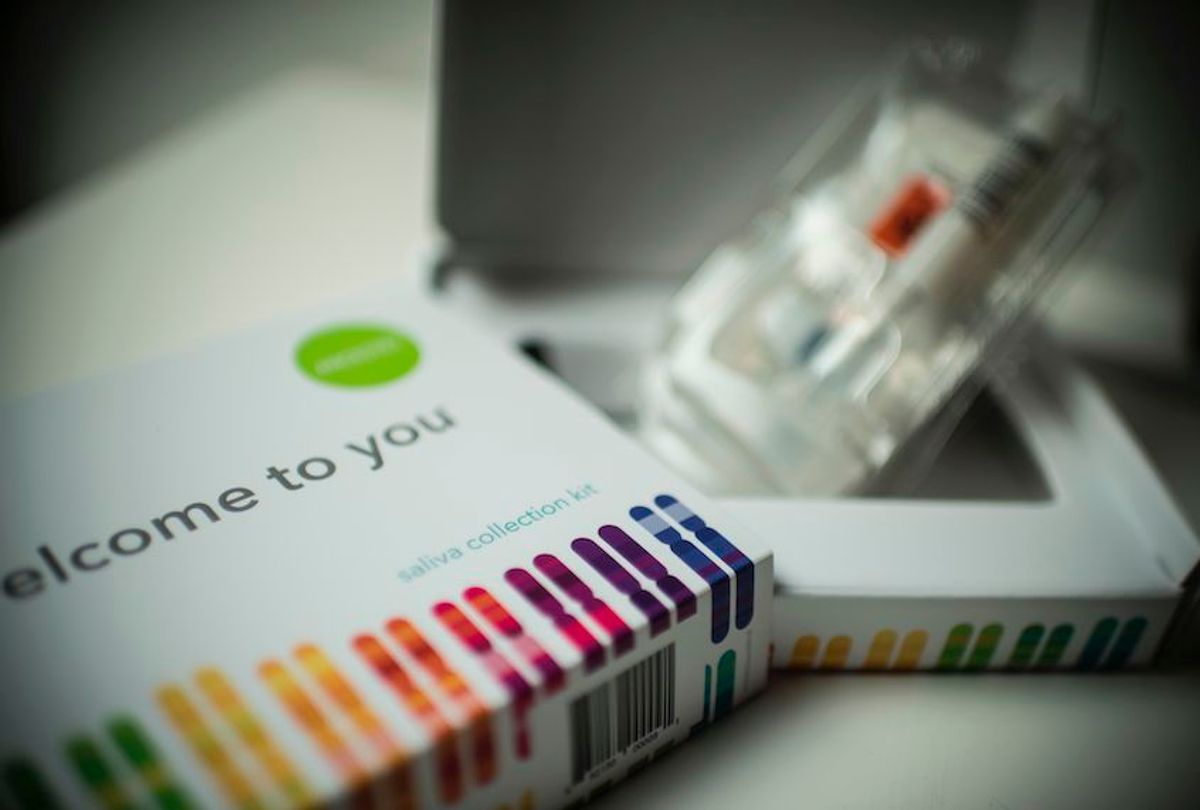 You’ve likely heard about direct-to-consumer DNA testing kits. In the past few years, at-home genetic testing has been featured in the lyrics of chart-topping songs, and has helped police solve decades-old cold cases, including identifying the Golden State Killer in California.

Even if you don’t find a DNA testing kit under your own Christmas tree, there’s a good chance someone you know will.

Whether you’re motivated to learn about your health or where your ancestors came from, it is important to understand how these tests work — before you spit in the tube.

While exciting, there are things that these genetic testing kits cannot tell users — and important personal implications that consumers should consider.

My main area of research is around clinical genome sequencing, where we look through all of a person’s DNA to help diagnose diseases. With a PhD in genetics, I often get questions from friends and family about which direct-to-consumer genetic test they should buy, or requests to discuss results. Most questions are about two types of products: ancestry and health kits.

The most popular ancestry kit is from AncestryDNA. These kits are aimed at giving users insight into where their ancestors might be from. They can also connect users with family members who have used the service and have opted into having their information shared. Another option is Living DNA, which has a smaller dataset but provides more precise information on the U.K. and Ireland.

The most popular health kit is from 23andMe. Depending on the user’s preference, results include information on predispositions for diseases such as diabetes and Alzheimer’s, as well as on the likelihood of having certain traits such as hair colour and taste. This company also offers ancestry analysis, as well as ancestry and trait-only kits that don’t provide health information. The kit offered by the newer MyHeritage DNA also provides a combined ancestry and health option.

There are other kits out there claiming to evaluate everything from athletic potential to relationship compatibility. But gift-buyers beware: for most of these, in contrast to those above, the evidence is seriously lacking.

How these tests work

For all of these tests, customers receive a kit in the mail. The kits contain instructions for collecting a saliva sample, which you mail back to the company for analysis.

During this analysis, these popular tests do not look at the entire genome. Instead, they employ single nucleotide polymorphism (SNP) genotyping. As humans we all share 99.9 per cent of our DNA. SNPs are essentially what is left: all of the points at which we can differ from our neighbour, making us unique. SNP genotyping looks at a subset of these sites to “survey” the user’s genome.

These SNPs are then compared to reference datasets of individuals with known conditions or ancestry. Most results are based on the SNPs shared with a given group. For example, if your results say that you are 42 per cent Southeast Asian, it’s because 42 per cent of your SNPs were most likely to have come from a group in the reference dataset labelled “Southeast Asian.” The same goes for traits and health conditions.

How they differ from clinical tests

Direct-to-consumer genetic tests are not a substitute for clinical assessment. The methods used differ dramatically from what is done to diagnose genetic diseases.

In a clinical setting, when suspicion of a genetic condition is high, entire genes are often analyzed. These are genes where we understand how changes in the DNA cause cellular changes that can cause the disease. Furthermore, clinical assessment includes genetic counselling that is often key to understanding results.

In contrast, findings from direct-to-consumer genetic tests are often just statistical links; there is commonly no direct disease-causing effect from the SNPs.

Users may interpret a result as positive, when the risk increase is only minimal, or entirely false. These tests can also give false reassurance because they do not sequence genes in their entirety and can miss potentially harmful variants.

Before you spit in a tube, stop and think

These tests are exciting: they introduce new audiences to genetics and get people thinking about their health. They’re also helping to build vast genetic databases from which medical research will be conducted.

But for individual users, there are important caveats to consider. Recent reports have questioned the accuracy of these tests: identical twins can receive different results. Furthermore, a lack of diversity in the reference data has caused particular concern regarding accuracy of results for ethnic minorities.

There are also concerns about the way these tests emphasize racial categories that science considers to be social constructs and biologically meaningless.

A recent paper in the British Medical Journal suggests four helpful questions for users to consider. First, users should ask themselves why they want the test. If it is to answer a medical question, then they should speak with their doctor. Users should also think about how they might feel when they receive results containing information they would rather not know.

Users should also consider issues around security and privacy. It is important to read the fine print of the service you’re using, and determine whether you’re comfortable sharing personal information, now and in the future.

In Canada, policies around genetics have not always kept up with the science. At present, direct-to-consumer genetic testing is unregulated. And, although Canadians have legislative protections against genetic discrimination, those laws are being challenged in the courts, and could change.

Finally, it may also be worth discussing DNA testing with relatives. We share half of our genome with our immediate family members, and smaller fractions with more distant relatives. Genetic results not only affect us, but our family.

Bottom line: It’s all for fun

Some users may feel they learn more about themselves. For others, results may bring people closer together — not a bad outcome for the holiday season.

At the end of the day, these genetic testing kits are for entertainment: they should not be used to assess health risk in any meaningful way.

If you have any questions related to your health or a genetic disease, discuss these with your family doctor or a suitable health-care professional.