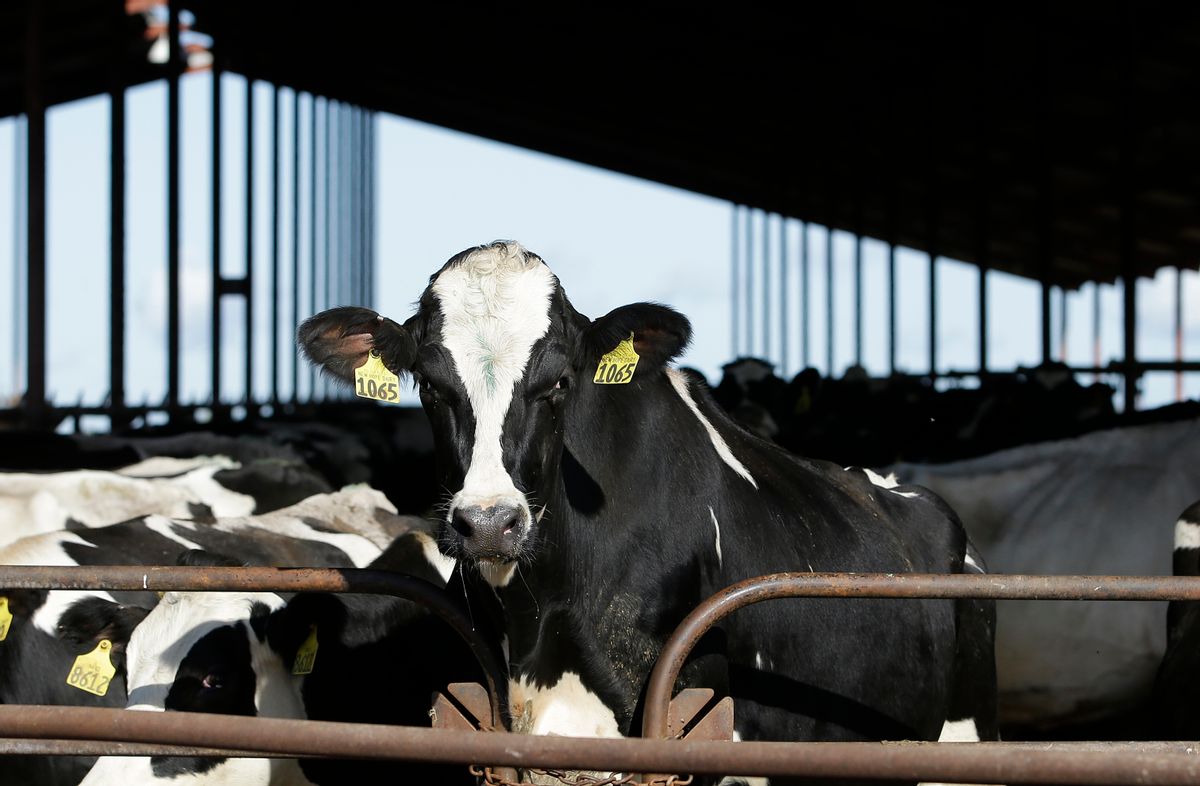 In an open letter to The Lancet Planetary Health journal Wednesday, a group of scientists called for setting a date to reach "peak livestock" production and pursuing dramatic efforts to restore vegetation in the next decade to curb planet-heating emissions, increase natural carbon sequestration, and avert climate catastrophe.

Referencing the primary temperature rise targets of the 2015 Paris climate agreement, the letter says that "continued growth of the livestock sector increases the risk of exceeding emissions budgets consistent with limiting warming to 1.5°C and 2°C, limits the removal of CO2 from the atmosphere through restoring native vegetation, and threatens remaining natural carbon sinks where land could be converted to livestock production."

Specifically, the scientists warn that "if the livestock sector were to continue with business as usual, this sector alone would account for 49% of the emissions budget for 1.5°C by 2030, requiring other sectors to reduce emissions beyond a realistic or planned level."

Helen Harwatt, a fellow at Harvard Law School and lead author of the letter, has previously published research on the necessity of driving down meat and dairy consumption to achieve global climate goals.

"Countries should be looking for peak livestock within the next 10 years," Harwatt toldThe Guardian Thursday. "This is because we need steep and rapid reductions in greenhouse gas emissions, as we are reaching dangerous temperature tipping points."

The letter, which lists four other scientists as co-authors and over 50 (pdf) signatories, details four measures that the scientists believe high-income and middle-income countries should implement from 2020 onward to combat the climate crisis:

Experts and activists have increasing pushed for pursuing natural solutions to battle climate and ecological breakdown — including with a bold campaign that launched in April. In a video released in September that featured teen activist Greta Thunberg, writer and campaign leader George Monbiot explained that "mangroves, peatbogs, jungles, marshes, seabeds, kelp forests, swamps, coral reefs, they take carbon out of the air and lock it away. Nature is a tool we can use to repair our broken climate."

The scientists behind the new letter acknowledge that their suggestions don't comprehensively cover climate mitigation actions related to agriculture, but they assert that their four key recommendations "are necessary to adhere to the equity component of the Paris agreement, and are considered part of a suite of measures that are needed across all sectors to reduce the risk of reaching temperature levels beyond the Paris goals."

Harwatt said that "we're fully aware that our call requires large-scale change across society and isn't something that can be achieved overnight or without challenges," while also noting that she has observed a recent rise in plant-based offerings.

In January, as Common Dreams reported, the EAT-Lancet Commission called for a "global agricultural revolution" and urged people around the world to adopt a "planetary health diet" to both address the current food system's devastating impacts on the environment as well as mass malnutrition.

University of Aberdeen professor Pete Smith, a signatory of the new letter and a senior author of the Intergovernmental Panel on Climate Change's August report on land use and the climate crisis, pointed out that "ruminant meat is 10 to 100 times more damaging to the climate than plant-based food."

"Given the urgency of the climate emergency, this will need to be over the coming decade for sure," he added. "But the transition will need to be managed fairly to allow citizens to change diets and for farmers, producers and agri-food chains to diversify. In poor countries, where over 800 million people are still undernourished, priorities obviously differ."

The letter came just ahead of the conclusion of the United Nations Climate Conferencein Madrid, which is set to wrap up on Friday. The COP 25 summit has brought together government representatives from around the world to discuss their efforts to combat the climate crisis, including national commitments under the Paris accord.