Russia and the Republicans: How Vladimir Putin got an American subsidiary

Russians went looking for allies on the American left for decades. Then they found Trump and the Republicans 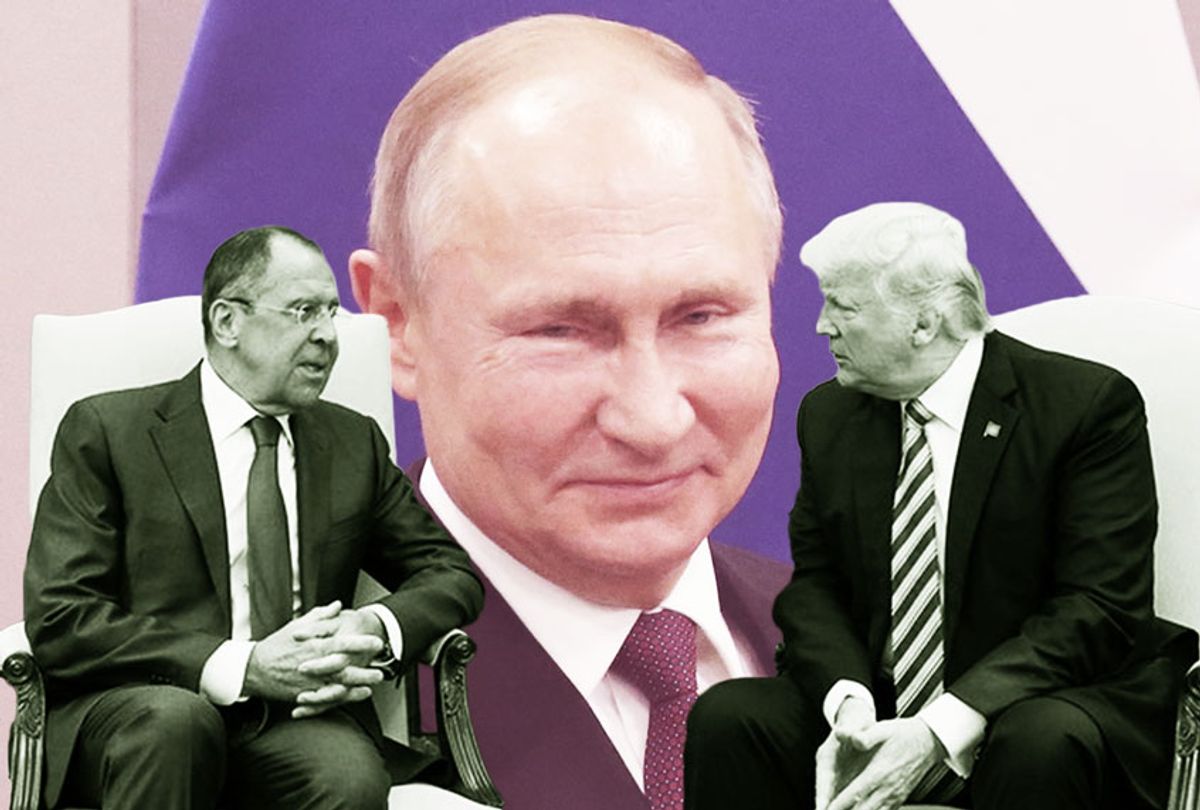 The Russians wasted decades infiltrating the left attempting to gain purchase in American political life. There was the Communist Party USA, of course. Established in 1919, the CPUSA grew through the 1930s and boasted a membership of about 100,000 at the beginning of World War II. A hundred thousand! Whoop-de-doo!

Then there were the spinoff lefty parties like the Socialist Workers Party, the Progressive Labor Party, the Workers World Party, the Socialist Labor Party, the Progressive Labor Party — we could go on listing one splinter group after another with “socialist” or “labor” or “workers” in its title. They were tiny groups with memberships that were sometimes less than 100, and they would all deny being infiltrated by the Russkies, naturally. So would the “New Left” groups that came later, like SDS and The Weathermen. Nobody wanted to admit they were under Russian influence. Everything they were doing, from opposing the war in Vietnam to civil rights to fighting for free speech, was being done for completely pure reasons.

The Democratic Party would deny being under Russian influence as well, of course. But every American political party on the left was jointly infiltrated by Russian agents and the FBI or other American intelligence operations. There was a joke back in the '70s that without membership by Russian infiltrators and FBI agents, the Socialist Workers Party would have gone out of existence. I covered a meeting of the SWP in a loft on lower Broadway in the early '70s for the Village Voice. It looked to me like everyone there suspected everyone else of being either a COINTELPRO agent for the FBI or a KGB agent. You could have cut the paranoia with a butter knife.

I can’t even begin to tell you how boring the Socialist Workers Party meeting was. The loft on lower Broadway was dusty, cluttered with back issues of The Militant and International Socialist Review. I asked someone if there was any beer, and he gave me a stern look and said they didn’t allow drinking at their meetings.

Of course, we’re talking about the Soviet Union back in those days. People on the American left, and even “liberals” to some extent, had an idealized vision of the Russian Revolution and the country it spawned. Some of this idealism was born out of the grim years of the Depression, when farmers were struggling to hold onto their land, factories were closing all over, and people were going hungry and homeless in the streets. Russia, with its Communist version of “a chicken in every pot” and a job for everyone (even if it was on a collective farm) must have looked pretty good compared to the deprivation all around.

Moscow used dissension in the American political ranks to gain a foothold in the left which they would pursue until the House Un-American Activities Committee, Richard Nixon, Joseph McCarthy, J. Edgar Hoover and the Red Scare drove the communist-linked left even further underground than it already was.

I knew some people on the left back in the day. I had a friend in Brooklyn who was a labor organizer in textile factories in the Deep South for “the party.” If he had enough to drink, he would admit to taking his orders from some guys with “connections,” and he wasn’t talking about mob connections. There was a guy I knew from drinking at the Lion’s Head who had been a maritime union organizer who — again, under the influence of a little too much to drink — would admit to knowing a few people with connections “overseas.” He had spent most of the 1950s dodging the FBI. I asked him one night if he really believed he was changing the world, or was he into it for the intrigue and the action. A smile crossed his face as he answered, “Ah, my boy, that’s always been the great question, hasn’t it?”

I remember wondering at the time why Moscow was even bothering with the splintered, weakened left of the '60s and '70s, and yet there they were, wasting their time in Broadway lofts and on factory floors in small towns in North Carolina, Alabama and Mississippi. It must have seemed to the KGB and Soviet leaders that they would find allies among those working for integration and voting rights during the Civil Rights movement, and they did. The Republican Party of that era would hardly have been a fertile hunting ground.

But it would turn out that they were sniffing around the wrong end of the political spectrum. After the Soviet Union collapsed, the new batch of Russian hardliners who replaced them would find their natural-born allies about 250 miles south in the Republican National Committee in Washington — and eventually in the current occupant of the Oval Office.

We’ve got a president of the United States who praises Russian President Vladimir Putin every chance he gets, yet spent the NATO summit last week looking like his mommy was making him eat his peas and carrots. He’s pressuring the other members of the Group of Seven to let Russia back in the club. At a recent meeting with Volodymyr Zelensky, he told the president of Ukraine he hoped Zelensky could “make a deal” with Putin, clearly indicating whose side Trump was on in the dispute over Crimea and eastern Ukraine. Trump and his Republican puppets have spent the last three months spreading Russian propaganda that it was Ukraine, not Russia, who hacked our 2016 election. When Trump pulled U.S. troops out of northern Syria, he turned over abandoned American bases to the Russians.

Trump’s allies in the Republican Party have parroted his pro-Russia line. “Moscow Mitch” McConnell pushed for lifting sanctions on Russian aluminum company Rusal, which was largely owned by the oligarch Oleg Deripaska, a buddy of Vladimir Putin’s who has been under sanctions since he was named in the Russian hacking of the 2016 presidential election.

Tucker Carlson, a nightly loudspeaker for Trumpism on Fox News, recently said on his show, “Why do I care what is going on in the conflict between Ukraine and Russia? And I’m serious. Why do I care? Why shouldn’t I root for Russia? Which I am.” Carlson later said he was “joking,” before going after MSNBC host Chuck Todd as someone who “really dislikes our country.” He went on, “Putin, for all his faults, does not hate America as much as many of these people do. They really dislike our country. And they call other people traitors?”

How did we get here? London School of Economics professor Anne Applebaum, writing in this month’s Atlantic, traces the collapse of the Republican Party into Russia’s arms to Pat Buchanan, ironically a former aide to Russia-hater Richard Nixon.

Buchanan's books “Death of a Superpower” and “The Death of the West” described America’s descent into “a sexual revolution of easy divorce, rampant promiscuity, pornography, homosexuality, feminism, abortion, same-sex marriage, euthanasia, assisted suicide — the displacement of Christian values by Hollywood values.” Applebaum writes that “Buchanan has come to admire the Russian president because he is ‘standing up for traditional values against Western cultural elites.’”

American evangelical Christians have joined Buchanan. “The belief that Russia is on our side in the war against secularism and sexual decadence is shared by a host of American Christian leaders,” Applebaum writes, citing evangelist Franklin Graham and Larry Jacobs of the World Congress of Families as among Putin's admirers, who have described Russia under his leadership as “a moral compass” (Buchanan) and “the Christian saviors of the world” (Jacobs).

So here we are. Republicans have been waiting for somebody like Trump for decades. They wanted someone worse than Nixon, worse than Reagan, worse than Bush. They finally found the avatar of their real values in Trump.

Likewise, the Russians have also been waiting for Trump. Call him what you will — a stooge, a useful idiot, a wholly owned subsidiary of the Kremlin — Donald Trump is the best thing that ever happened to Moscow.

Forget that whole “sneaking Sally through the alley” thing Trump pulled with the Russians in 2016. Even during the week the House Judiciary Committee voted to impeach him for trying to strong-arm yet another foreign government into damaging one of his political opponents, Trump met privately with Russian Foreign Minister Sergey Lavrov in the Oval Office. He’s not even trying to hide it anymore. The Republican Party is right there with him.