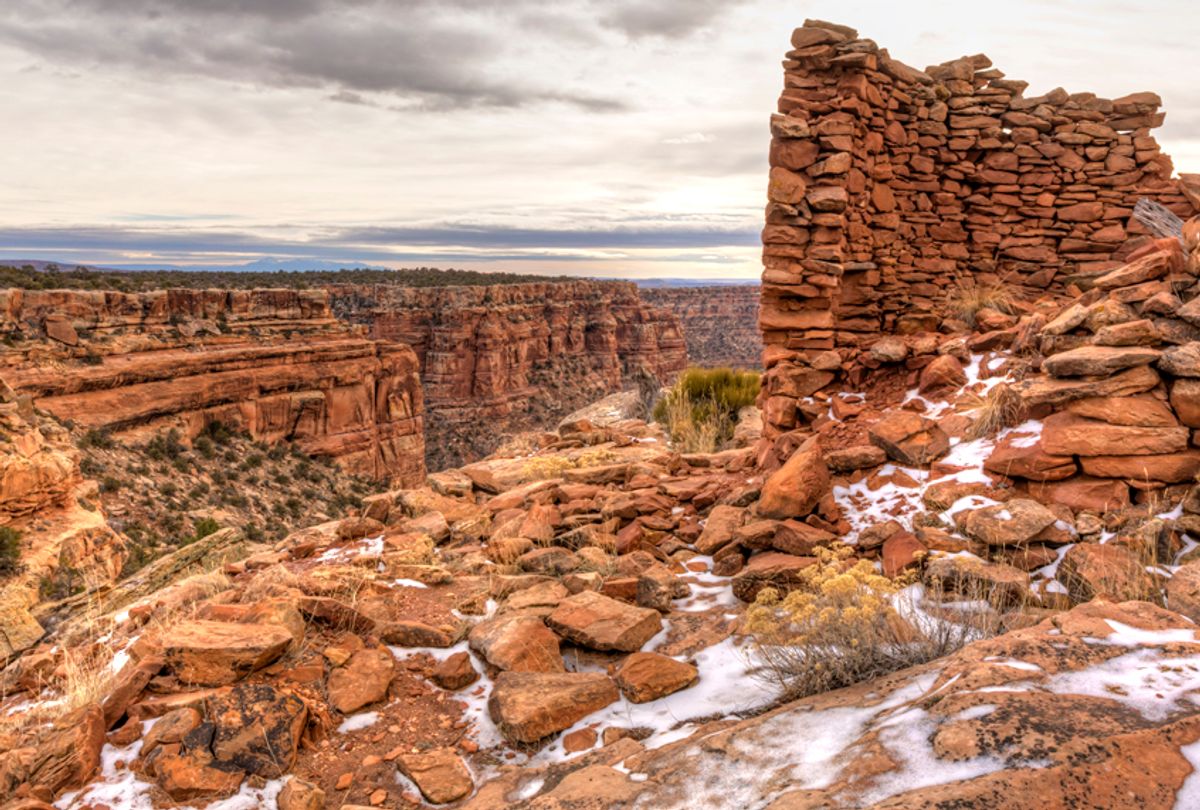 Trump’s Interior Department stacked an advisory committee for Bears Ears National Monument with ranchers and politicians who have no interest in saving it.

Bears Ears in southern Utah is rich in ancient and sacred sites, but modern man has his sights set on dollars.

Trump appointees opposed former President Barack Obama’s creation of protections for 1.35-million acres. The politicians and ranchers then welcomed Trump’s shrinking of it by 85 percent.

Democracy Forward, a nonprofit organization founded in 2017, asked the inspector general of the Interior Department to investigate.  The question was, did Interior Secretary David Bernhardt violate federal law by packing the 15-person committee with Bears Ears opponents?

“The Bears Ears committee was designed to protect a treasure of the American West and stacking it with opponents of the monument could violate federal law,” said attorney Travis Annatoyn of Democracy Forward.

Under the Federal Advisory Committee Act, signed by former President Richard Nixon in 1972, committees are supposed to be fairly balanced and not unduly influenced by the financial interests of its members.

But Bernhardt appointed at least three people who have financial conflicts of interest.

1. San Juan County Commissioner Bruce Adams has a permit to graze his cattle on Bureau of Land Management land.

3. Rancher Gail Johnson’s husband, Sandy Johnson, filed paperwork to join one of the lawsuits over Bears Ears, saying restoring Bears Ears to its original size “would threaten my business and personal interests.”

Bears Ears, named after twin peaks that look like the ears of a bear, was once the second largest national monument in the lower 48 states. Five native American tribes urged Obama to create the monument to preserve about 9,000 recorded archaeological sites, including petroglyphs, woven cloth, human remains and ancient roads.

Another committee member, Jami Bayles of Blanding, Utah, was offended by the new monument.

"Nothing but a punishment"

“Monuments should be an honor to an area, and we feel like this one is nothing but a punishment,” Bayles said.

Judges in federal lawsuits have faulted or upheld inquiries into other committees formed by the Trump Interior Department.

In August, federal judge Donald Malloy ruled Trump unlawfully formed the Royalty Policy Committee, which was stacked with fossil-fuel representatives and blocked the Interior Department from using the committee’s recommendations.

Members of the now-defunct committee included Interior official Scott Angelle. He gave oil and gas executives his cell phone number so they could call him directly to limit any records of contact.

Former National Rifle Association lobbyist Ben Cassidy was the contact person at the Interior Department for the trophy committee. Cassidy left in July while his conduct was part of a formal ethics department probe and joined Safari Club International, a trophy hunting advocacy group with close ties to the Trump administration.