Dirty air and the human brain: Does pollution poison the mind?

Studies have linked air pollution with a higher incidence of brain diseases, including dementia and Alzheimer’s 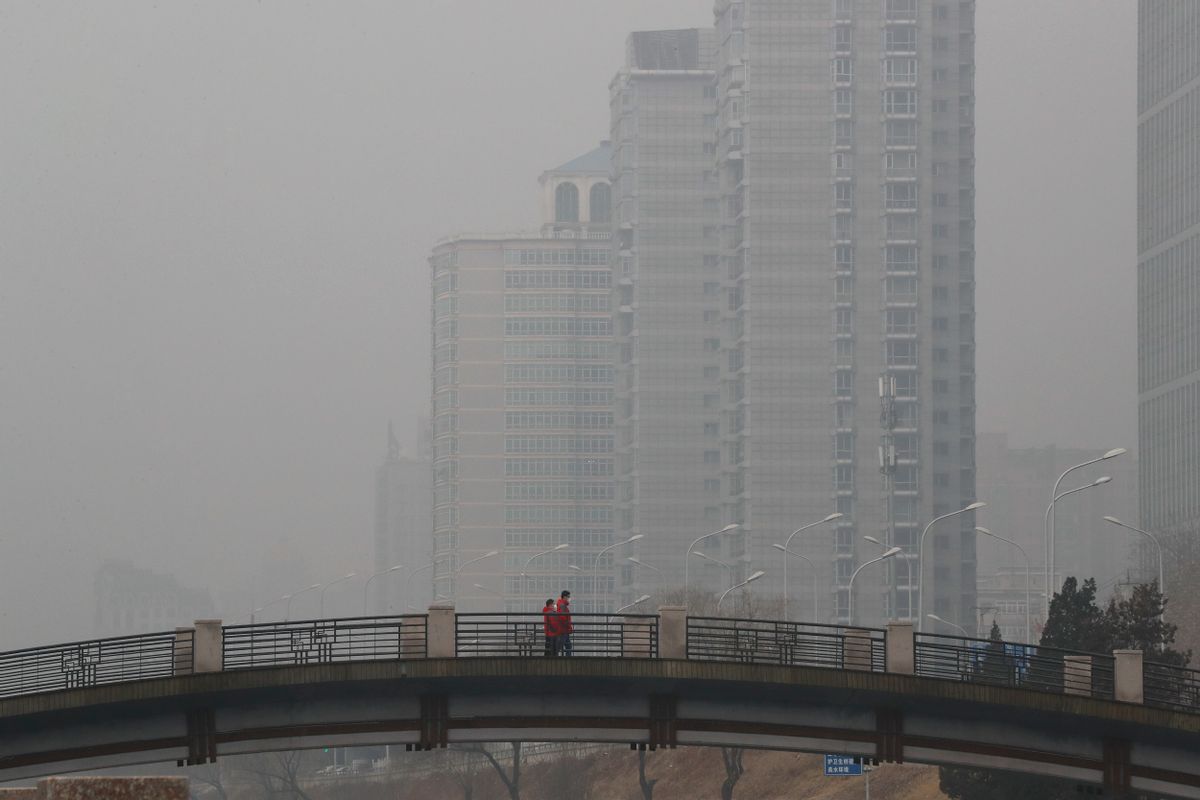 Air pollution is known to be a serious health risk  — a cause of asthma, heart disease, stroke, lung cancer and a factor, according to the World Health Organization, in an estimated seven million deaths worldwide every year. A growing body of research suggests air pollution may also be harming our brains.

In recent years, new areas of study have opened up into how air pollution might affect our minds and the way we think and feel. Epidemiologists and neuroscientists have found evidence linking long-term exposure to air pollution with increased incidence of dementia, Alzheimer’s Disease and other brain maladies. At the same time, behavioral and labor economists have published a series of papers about the effects of air pollution on cognitive performance.

Anthony Heyes, an economics professor at the University of Ottawa, has co-authored a number of such studies. One 2016 paper linked heavily polluted days in Los Angeles with upticks in violent crime; another from the same year found that on days with bad air quality in New York, returns on the S&P 500 stock market index were significantly lower. Heyes theorizes that pollution, like bad weather, “makes you blue, short sighted and risk-averse.”

“We’re gradually learning about the range of effects from air pollution on the human condition,” said Heyes. “We know there are physical effects. But your psyche is disturbed or influenced in many, many different ways.”

Prior research has shown that workers doing physical labor, such as picking fruit, are less productive on polluted days. Recent studies have found that air pollutants like ozone, carbon monoxide and fine particulate matter affect the performance of highly skilled workers performing mostly cognitive tasks. One paperpublished this year and co-authored by Heyes showed that on polluted days, members of the Canadian Parliament spoke in less complex language, as measured by a formula that computes the length of sentences and syllables per word in speeches. Another study from 2018 found that on polluted days, Major League Baseball umpires make significantly more mistakes when calling balls and strikes, as measured by pitch-tracking technology used in major league ballparks.

James Archsmith, a co-author of that study, said its conclusions “make us think we should be concerned with other similar types of occupations, like air traffic controllers, where thinking and perceiving are much more important than physical activity.”

Studies in Israel and in China have shown both short-term and long-term exposure to air pollution can lead to lower standardized test scores. And a paper published in September of this year found that chess players in Germany make more mistakes, as measured by a computer program’s suggested moves,  when there is more fine particulate matter in the air.

More than 10 studies, meanwhile, have linked air pollution with a higher incidence of brain diseases, including dementia and Alzheimer’s.

The Environmental Protection Agency sets limits for fine particulate matter, ozone, carbon monoxide and other air pollutants. Millions of Americans live in areas that exceed those standards. But a growing chorus of scientists and advocates says that the standards aren’t strong enough. And some of the recent research suggests that levels currently considered “safe” by the EPA may still be harming our brains.

“The evidence is compelling, as far as I’m concerned, that there’s no safe level of air pollution, just as there is no safe level of cigarette smoking,” said Caleb Finch, a professor of the Neurobiology of Aging at the University of Southern California, though he cautions: “It’s a very young field. In comparison to (what we know about) cigarette smoke, we’re about one tenth of a percent of the way there.”

Not everyone is so convinced by the research — at least not yet. James Hendrix is the chief scientific officer for LuMind IDSC, a foundation that studies Down’s Syndrome, and the former director of global science initiatives at the Alzheimer’s Association. He said the recent studies, though intriguing, only show an association between air pollution and brain diseases, and do not prove causation.

“It’s really difficult to ascribe a cause and effect,” said Hendrix. “Often, exposure to pollution and environmental toxins can be a surrogate for low economic status, and we know that that’s a surrogate for poor access to health care. You may have untreated hypertension that can lead to dementia. Many of these things are so intertwined and mixed, it’s difficult to isolate one thing.”

He is similarly skeptical about the economics papers, like the umpire study.

“The umpire may be suffering from allergies caused by the pollution,” he said. “Their eyes may be watering. That’s not really about your brain functioning. It’s about your eyes.”

What’s needed, he said, are controlled, scientific experiments to discover whether pollutants actually damage the brain. That’s difficult to do with humans, since it would involve deliberately  exposing them to harmful substances, although Finch points out that about 20 experimental studies have shown air pollution negatively affects animal brains.

“The great mystery,” said Finch, “is how does it cause damage that crosses into the brain. It’s likely that it causes an inflammatory response, but that’s a major unknown in the field.”

Researchers hope that the growing body of evidence will spur international action to reduce air pollution. Economists like Archsmith and Heyes, meanwhile, hope that their research will show the hidden toll air pollution takes on the economy, and thus the hidden benefits of eliminating it.

“The assumption has always been that there’s this trade-off,” Heyes said, “that if you want cleaner air, you need more regulations, which hurts business. This is telling the opposite story.”