In a cynical era, the Climate Strike is reason for hope

With the Youth Climate Strike, the path is the goal, says media theorist Roberto Simanowski 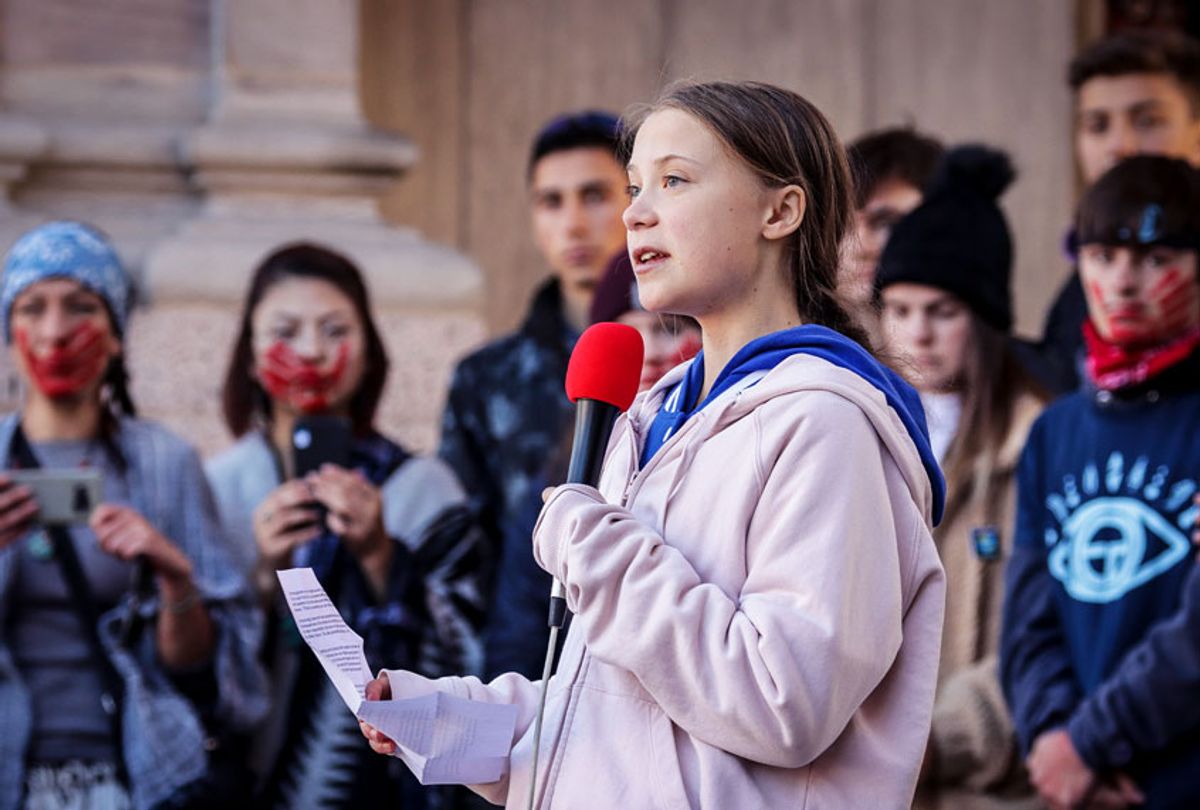 This article originally appeared in Deutschlandfunk Kultur. Translated from the German by Jefferson Chase.

Among the many accusations levelled at the growing climate protest movement is that hypocritical demonstrators drive to rallies in their SUVs and then fly off on vacation in airplanes. Another is that when they get older, many of today’s climate warriors will regard their once-fervent convictions as overly idealistic. If you’re not an environmental activist at 16 you have no heart. But if you’re still one at 30, you have no brain.

These aren’t the most convincing of objections. A better one is that climate protests have become a secular religion with an apocalyptic cult of fear, condemning everyone who violates the commandments of environmental consciousness to eternal damnation. What we are seeing right now is more than just a dissatisfied youth protesting its governments. It is more reminiscent of the Cahiers de Doléances, the list of grievances Louis XVI solicited from his subjects ahead of the assembly of the Estates General in January 1789. Louis wanted them to have an idea of the problems to be solved in France, but the resulting revolution saw the king himself as the biggest problem and beheaded him. And not only that, it also devoured those of its own children who failed to keep pace with the radicalization of the movement.

So how far will the current ecological movement go beyond “flight shaming” and calls for banning diesel cars from major cities? Pretty far, we might think so after Greta Thunberg’s furious “How dare you” speech to the UN on 23 September 2019. That question could well become the slogan of the decade to come. But for the time being, this current storming of the Bastille is directed inwardly. It’s an attempt to liberate the human ego and make it ready for a better future.

Around ten years ago, a book was published in Germany with the title “Go On and Bawl: A Generation and its Luxury Problems.” It posited that we were living in an age of “post-optimism,” in which “the belief in grand social and political projects has been lost.” The author, Meredith Haaf, was born in 1983, making her more than twice as old as Greta Thunberg. Haaf is part of “Generation Me,” one of the so-called Millennials, who not only grew up without problems but without utopias as well. In 1989, before many Millennials were even old enough for school, the Berlin Wall fell, and the end of history was proclaimed. With the demise of socialism in its practical form, free-market capitalism declared itself the winner in the competition of social systems.

Thirty years on, we know now that the hangover of disorientation followed the intoxication of victory. Following 1989, many people lost the various raisons d’etre around which they had oriented themselves. No more living for a better tomorrow – all that was left was an eternal recurrence of the present. In response, suggested Italian thinker Gianni Vattimo, philosophy was no longer responsible for showing people where they were headed, but rather how to deal with the fact that they were no longer headed anywhere in particular.

The nice thing about misery is that every abyss also entails a goal: regaining control of one’s situation. This is precisely what Generation Z, also known as the “digital natives,” are seeking to do. This generation doesn’t bawl; it brays. It doesn’t have luxury problems; it fears the end of the world. That has shaken them up and forced them both to be creative and have fun. It’s refreshing to have fears. After losing its belief first in God, then in communism, humanity saw itself condemned to live life in senseless capitalist consumerism. Being afraid for their lives has given people a new courage to live.

What could be better than fighting for one’s own existence? Accepting the struggle is itself already a victory – a way out of postmodern post-optimism. For that reason, the ultimate point of today’s ecology movement is not whether climate change is man-made and whether it can be halted if people go vegan, ride bicycles and conserve energy by taking cold showers. The deepest sense is that the struggle for survival once again gives people something to believe in. A cause for which it’s worth, both in terms of the future and metaphorically, dying. And also killing off a few outmoded habits.

Greta Thunberg has been compared with Joan of Arc. But perhaps there’s a better analogy. In the Youth Climate Strike, fifty years after the fact, Woodstock finally has a sequel, a youth movement that rebels against the values of its parental generation. The Youth Climate Strike may be about survival, not alternative lifestyles, but in the end the two are synonymous. Both point toward something that must be clawed out of the status quo. No matter what may ultimately result from the movement, one thing is clear. For the foreseeable future, the end of history is history.