President Obama: A world ruled by women would improve "just about everything"

The 44th U.S. president noted what while women "aren't perfect," they are "indisputably" better than men 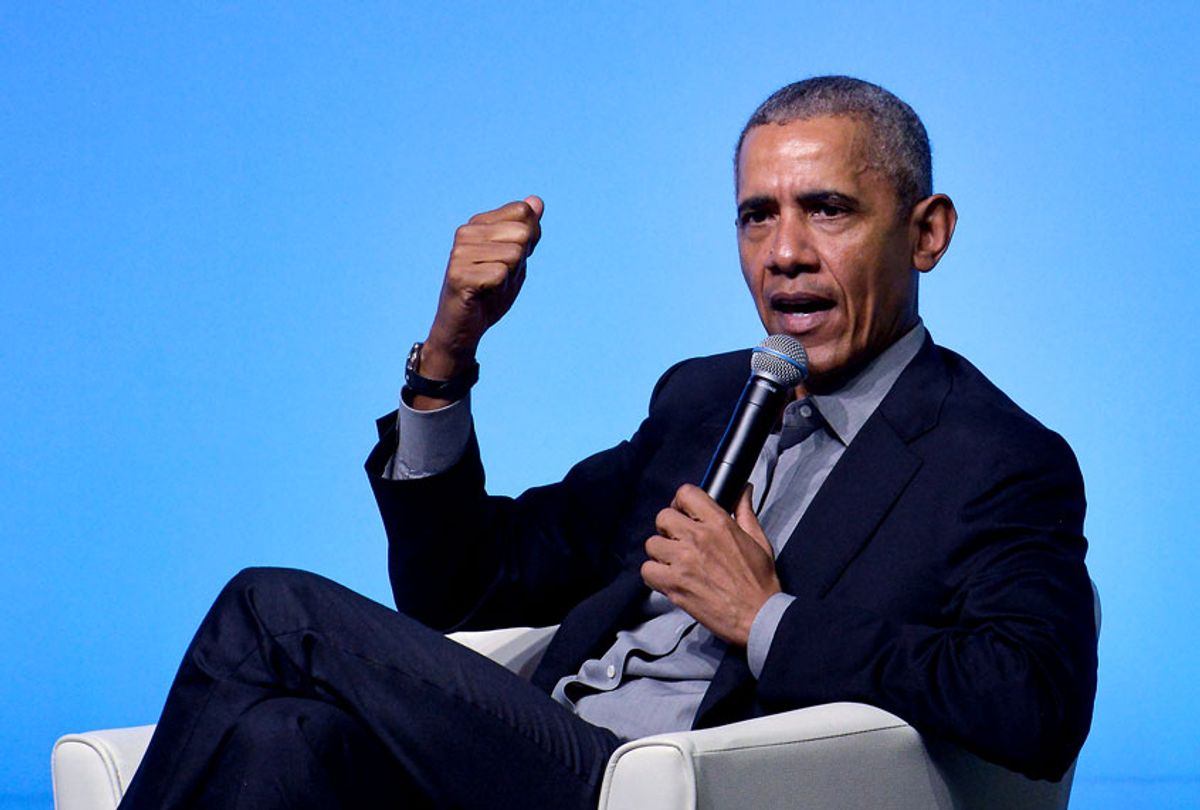 Former U.S. President Barack Obama speaks on the stage as he attends an Obama Foundation event in Kuala Lumpur, Malaysia, 13 December 2019. Obama and his wife Michelle are in Kuala Lumpur for the inaugural Leaders: Asia-Pacific conference, focused on promoting women's education in the region. (Zahim Mohd/NurPhoto via Getty Images)
--

"I'm absolutely confident that for two years, if every nation on earth was run by women, you would see a significant improvement across the board on just about everything . . . living standards and outcomes," Obama said at a private leadership event in Singapore.

In the remarks captured by the BBC, the 44th U.S. president, who served from 2009 until 2017, noted that while women "aren't perfect," they are "indisputably" better than their male counterparts.

Asked if he would ever consider re-entering politics, Obama replied that it is important for leaders to know when to step aside. He said the job of a president or leader is not for life nor is intended to enhance one's personal political power.

Obama, who assumed office in 2009, when the U.S. was in the worst recession since the Great Depression, noted that despite the challenges he faced throughout his tenure, he kept his cool by relying on his staffers.

"If you are in any kind of leadership situation, your first job is to put together the best possible talent — people who have integrity, who subscribe to your work values and believe in your vision," he said, according to the The Straits Times. "You put them in positions to succeed, and you make decisions based on best available information and setting up a process where you are able to see from every angle what kind of solutions you might come up to the problems you are facing."

"We had the expression — and I believe you would have an equivalent here — that poop does not roll downhill in the White House. It rolls uphill . . . to me," he added to laughter at the Singapore Expo. "It landed on my desk . . . Clean it up."