Elizabeth Warren: Michael Bloomberg has to "answer" for alleged gender discrimination and sexism 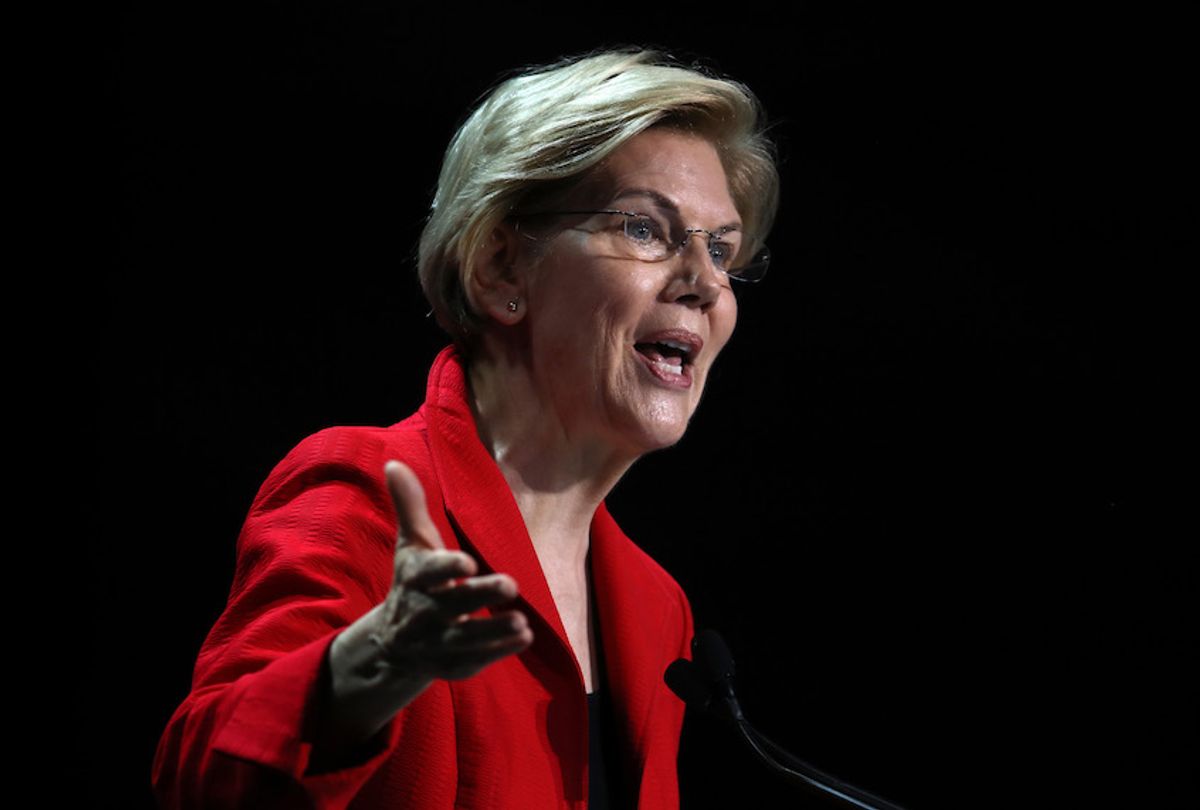 Sen. Elizabeth Warren, D-Mass., said Monday that any woman who may have signed a non-disclosure agreement at the company run by former New York Mayor Michael Bloomberg should be released from one.

"I think NDAs are a way for people to hide bad things they've done, and I think that women should be able to speak," Warren, one of the frontrunners for the Democratic presidential nomination, told reporters in Iowa, according to a video shared by ABC News. "They need to be released from the NDAs."

Warren's comments came roughly one day after ABC News reported that Bloomberg, who jumped into the 2020 contest last month, allegedly made degrading and sexist comments to women at his office in the 1990s and fostered a hostile work environment for women at his namesake company, Bloomberg L.P., which he founded and still owns. Bloomberg stepped down as CEO of the company last month when he launched his presidential bid.

The former mayor has reportedly been accused of making lewd comments to women at the company he founded and still ones. One female employee alleged that Bloomberg told her to "kill" her baby after she announced she was pregnant, while another accused him of telling her, in regards to her boyfriend, "Keep him happy with a good [oral sex]."

The allegations were reportedly outlined in lawsuits filed by least 17 women against Bloomberg and his company over the past three decades. (It is unclear whether that figure is unusual for a company made up of 20,000 employees, like Bloomberg.) None of the cases ABC News reviewed went to trial. Five of the cases were settled in court, four were dismissed or withdrawn and three remain active. At least one woman was asked to sign a non-disclosure agreement as part of a settlement. Three cases remain active.

The lawsuits reviewed by ABC News had been previously reported, but they have drawn renewed scrutiny after Bloomberg launched a presidential bid in the shadow of the #MeToo movement against sexual misconduct and discrimination. #MeToo toppled some of the world's most powerful men and inspired a national conversation about sexual misconduct and workplace culture.

"When women raise concerns like this, we have to pay attention," Warren said Monday. "We have to listen to them, and if Michael Bloomberg has made comments like this, then he has to answer for them."

Bloomberg's campaign reportedly declined to comment to ABC News on whether it would consider releasing the woman from the NDA. Salon has also reached out to the Bloomberg campaign for comment.

The Bloomberg campaign, seemingly aware of the optics of running for president in the #MeToo era, addressed the allegations, noting that the 2020 contender has "come to see that some of what he has said is disrespectful and wrong."

"Mike Bloomberg has supported and empowered women throughout his career — from appointing women to the very top positions in his mayoral administration, to supporting women candidates for higher office, to an industry-leading 26-weeks of paid family leave at his company," Bloomberg campaign spokeswoman Julie Wood said in a statement. "At the same time, Mike has come to see that some of what he has said is disrespectful and wrong. He believes his words have not always aligned with his values and the way he has led his life."

A spokesperson for Bloomberg L.P. denied accusations of gender discrimination to Salon and said the company does not tolerate discrimination of any kind.