Fifth Circuit Court of Appeal strikes down a central aspect of Obamacare, sends law back to lower court 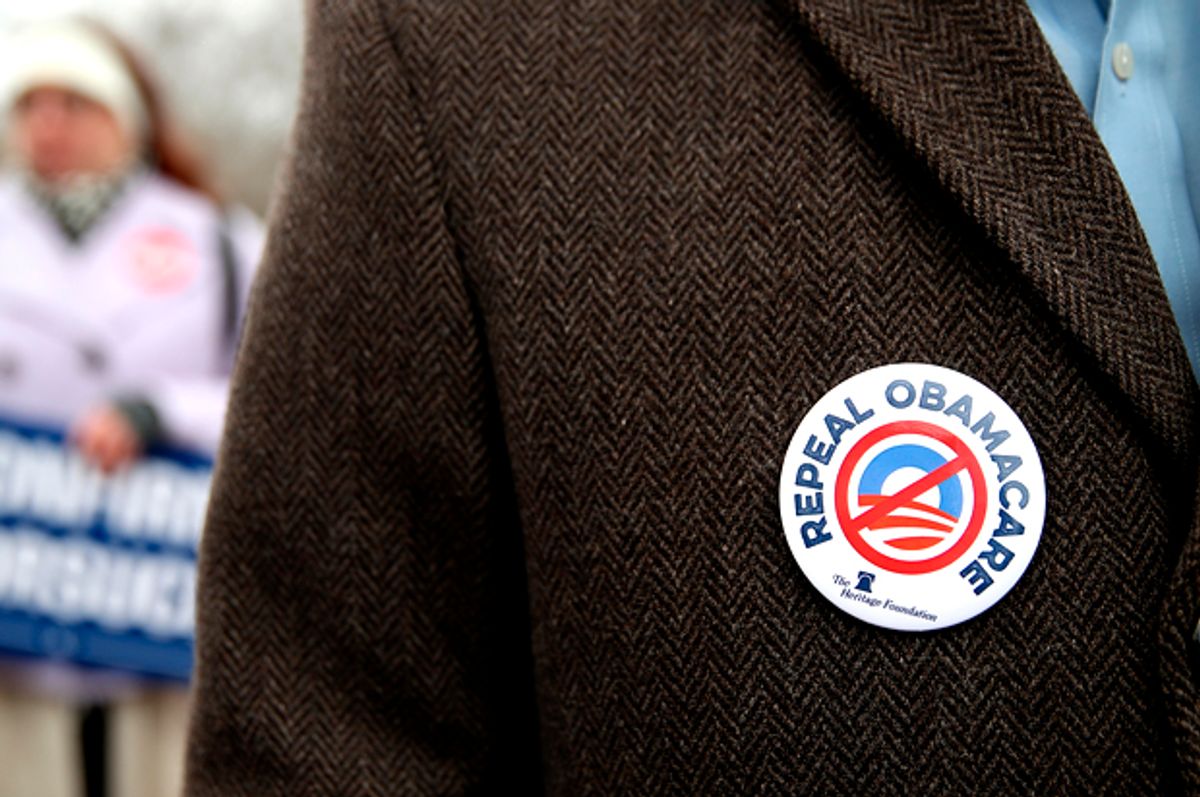 On Wednesday, the Fifth Circuit Court of Appeal declined to issue a clear ruling on whether or not the Affordable Care Act is constitutional. But in sending the case back to a lower court for further analysis, the Fifth Circuit ruled that the ACA's individual mandate provision —  requiring that most Americans carry insurance — is unconstitutional, which may endanger the entire law

“The individual mandate is unconstitutional because it can no longer be read as a tax, and there is no other constitutional provision that justifies this exercise of congressional power,” the ruling stated. “On the severability question, we remand to the district court to provide additional analysis of the provisions of the ACA as they currently exist.”

The lawsuit was filed by Texas Attorney General Ken Paxton, a Republican, and several other GOP-led states against the federal government. The law has been defended by a coalition of Democratic attorneys general, including California’s Xavier Becerra. The lower district court is now being asked to determine whether or not the rest of the ACA can stand with the individual mandate removed, The Supreme Court upheld the individual mandate in a landmark 2012 ruling that at the time, saved the ACA.

The decision was made by a three-judge panel in a two-to-one vote. with the lone Democratic appointee dissenting. The ruling has no immediate effect because Congress has already removed the penalty for the insurance requirement. But if the ACA cannot be severed from the individual mandate, millions of people's health insurance could be under threat.

Advocacy groups on both sides of this highly contentious argument are already speaking out about today’s ruling.

“The U.S. Court of Appeals for the Fifth Circuit made a grave mistake in its ruling today when it declared the individual mandate is unconstitutional and ordered a lower court to reconsider whether the remaining components of the Affordable Care Act (ACA) may remain law,” John Arensmeyer, founder and CEO of Small Business Majority, said in a media statement. “We strongly believe the healthcare law’s components must be upheld in full because the ACA is absolutely critical to the success of our small business community and our economy.”

Erin Hemlin, health policy and advocacy director for Young Invincibles, said in a media statement that this ruling is “another blow to the Affordable Care Act.”

“The ACA protects the more than 30 million young Americans with pre-existing conditions, provides real access and affordability for millions through expanded Medicaid and subsidized marketplace coverage, alleviates medical debt for young people by eliminating annual and lifetime limits, and increases access to services young people need the most, like mental health and maternity care,” Hemlin said. “Our heart breaks for the millions of people who rely on the ACA for life-saving care and now must endure more uncertainty.”

On the other side of the issue, the Texas Public Policy Foundation, a conservative nonprofit involved in the lawsuit, called Wednesday's decision a “victory.”

“Today’s decision is a victory for the American people and respect for the Constitution,” Robert Henneke, lead counsel for the individual plaintiffs and general counsel for the foundation, said in a media statement. “The court's opinion recognizes that Obamacare continues to injure millions of Americans like our clients who have lost their choice of doctor, suffered rationed care, and had their insurance costs skyrocket.”