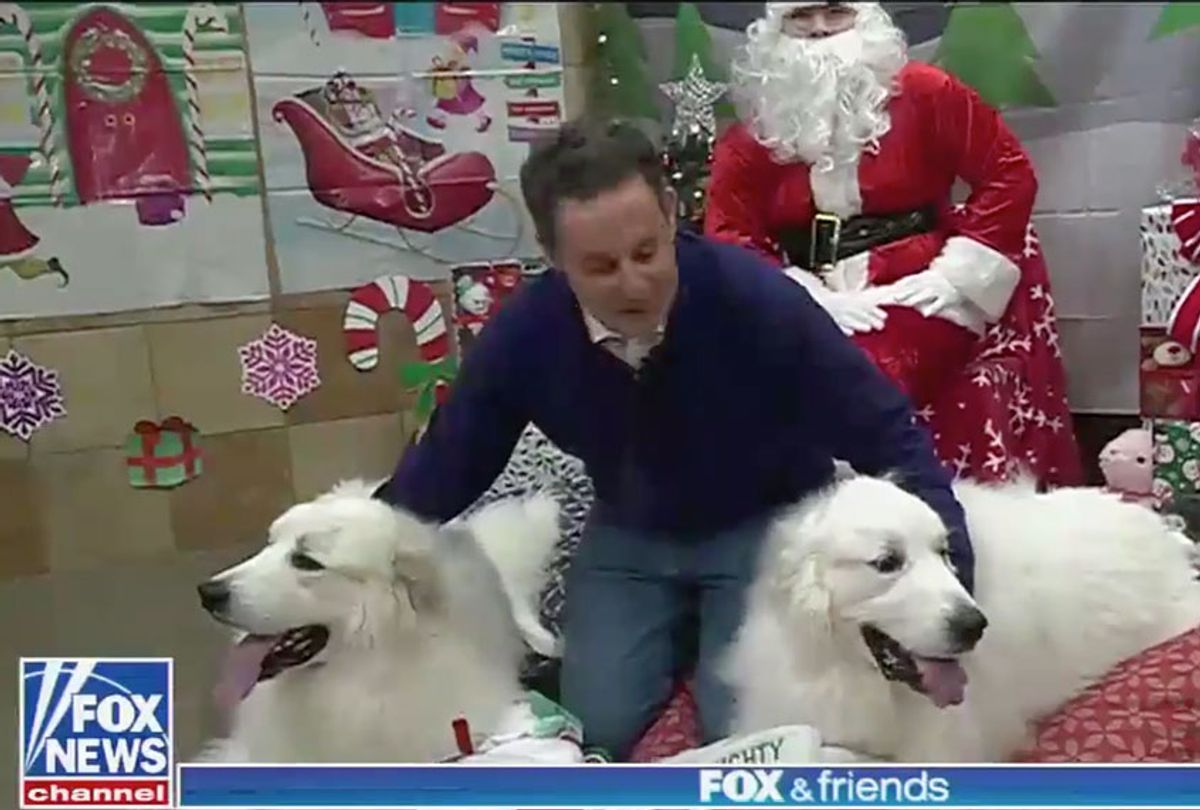 Mere days after criticizing Fox for interviewing House Intelligence Committee Chairman Adam Schiff, D-Calif., and former FBI Director James Comey, Trump praised the cast of “Fox & Friends” for attacking the impeachment process in the final moments before the House of Representatives was expected to impeach him.

“The goalposts have been moved. When you start impeachment, the goal is to get the other side to buy in,” he said. “Nancy Pelosi failed. Failed to convince the other side that she had a valid argument."

“It’s sad. Here’s a gentleman who came to the White House, and all they had was never to let him have an easy breath,” Collins complained. “All they wanted to do is impeach him. They started the day after he was elected — even the day after he was sworn in . . . He gave big tax cuts. He’s made our military strong. They’re mad at him, because he actually did what he said he was going to do. History will record we’re experiencing some of the best times we’ve ever had.”

“Thank you Doug!” Trump tweeted in between sharing numerous posts from Fox News hosts and contributors similarly lashing out over the impeachment vote.

Despite the historic nature of Wednesday's vote, "Fox & Friends" suspended its segments roasting impeachment with a look back at the show's top moments of the year, which included co-host Ainsley Earhardt dancing.

The show also featured a lengthy clip of Kilmeade taking his dogs to meet Santa Claus.

The coverage apparently put Fox News back into Trump’s good graces after he spent weeks complaining that the network was “trying sooo hard to be politically correct.”

“Don’t know why @FoxNews wants to be more like [CNN and MSNBC],” Trump tweeted earlier this week. “Only pro Trump Fox shows do well. Rest are nothing.”

Fox News talent appear to have taken the president’s comments to heart. Hosts and pundits heaped praise on Trump’s rambling letter to Speaker of the House Nancy Pelosi. Media Matters’ Matthew Gertz listed just some of the superlatives used on Fox to describe the letter, including "beautiful," "terrific," "elegant," "absolutely right," "masterpiece" comparable to the Gettysburg Address, "I loved every word," "powerful, scathing beatdown," "hard-hitting" and "on point."

Gertz noted that the glowing coverage is often the only version seen by many on the right, including the president.

“In the hours after the letter’s release, Fox’s pro-Trump programming presented it as a master stroke, an accurate depiction of the events of the last few months that provides a brilliant example for the rest of the Republican Party about how they should be conducting themselves,” he wrote. “That’s the version of events that a broad swath of Trump’s base — as well as the president himself— received.”