Trump claims Pelosi has declared "an open war on American Democracy," and the speaker calls his claims "ridiculous" 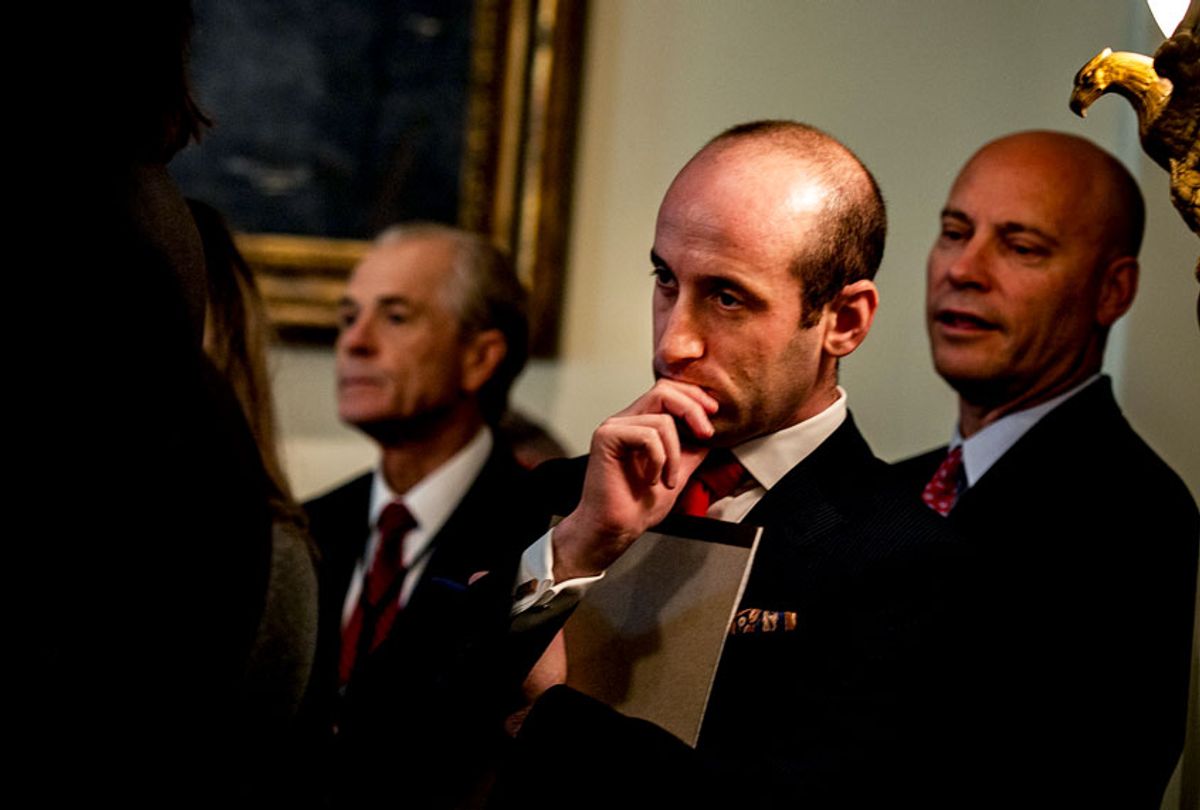 The rambling letter, which accused Pelosi and House Democrats of engaging in a three-year crusade to undermine the results of the 2016 election, was allegedly drafted last week by some of the president's closest advisers.

Senior policy adviser Stephen Miller, director of the Office of Legislative Affairs Eric Ueland and Michael Williamson from the chief of staff's office produced a draft of the letter, without the input of White House Counsel Pat Cipollone, even though he is expected to play a large role in a likely Senate trial. Trump was also revealed to have been very involved in the process.

A couple of days after it was first generated, the White House Counsel's office was reportedly given a copy of the document last week and recommended edits and changes. It is unclear if the president incorporated any of the inputs from Cipollone.

Senior White House officials told The Washington Post that White House lawyers "were not pleased" that the letter was released a day before the House of Representatives is expected to vote on whether to impeach the president.

House Democrats have unveiled two articles of impeachment against Trump for abuse of power and obstructing Congress.

At the heart of the charges are the president's purported efforts to pressure Ukrainian President Volodymyr Zelensky to investigate his domestic political rivals, including former Vice President Joe Biden, and his decision to temporarily withhold nearly $400 million in military aid to Ukraine.

In the letter, Trump accused Pelosi of having "cheapened the importance of the very ugly word, impeachment" and claimed that she was "declaring an open war on American Democracy" by pursuing his impeachment.

"You dare to invoke the Founding Fathers in pursuit of this election-nullification scheme — yet your spiteful actions display unfettered contempt for America's founding and your egregious conduct threatens to destroy that which our Founders pledged their very lives to build," Trump wrote. "It is a terrible thing you are doing, but you will have to live with it, not I!"

The president declared that he had been "deprived of basic Constitutional Due Process" from "the beginning of this impeachment scam." He alleged that "more due process was afforded to those accused in the Salem Witch Trials."

Moments after releasing the letter publicly, Trump told reporters inside the Oval Office that he did not take any responsibility for conduct which has led to the House's planned vote Wednesday on his impeachment. The president denied any wrongdoing and insisted that Democrats' actions would leave a "mark on this country."

Pelosi, meanwhile, told reporters Tuesday night that she had not "fully read" the letter, but that it was "ridiculous" and "really sick."

"I don't have a reaction. It's ridiculous," she said. "I mean, I haven't fully read it. We've been working. I've seen the essence of it. It's really sick."