Something else Ivanka is wrong about — the counterproductive sex worker law

Ivanka and many others championed FOSTA-SESTA, which has left sex workers vulnerable to sexual violence 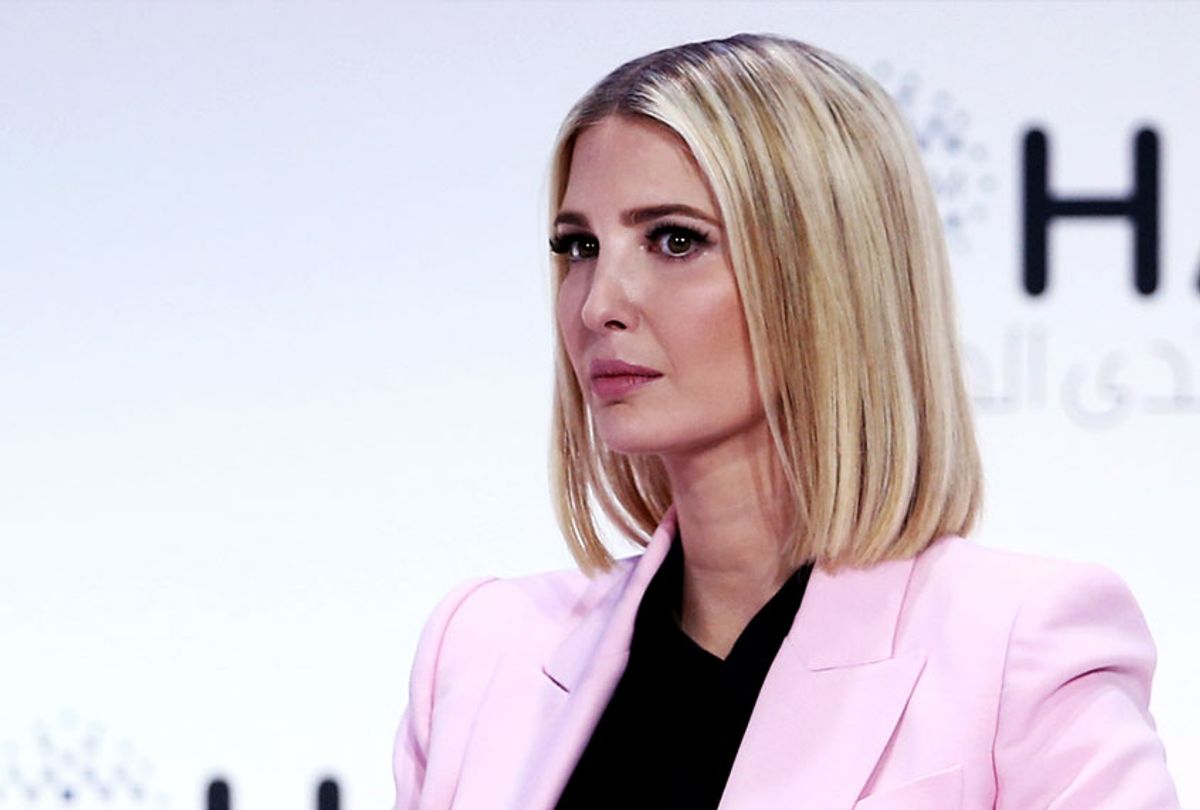 When Ivanka Trump became a White House adviser, she supposedly took on the role of championing women’s rights.

Her portfolio focused on women’s empowerment, female entrepreneurship, and the challenges that affect working families. As many commentators have observed, her perspective on such challenges has been shaped by her background of extraordinary privilege. Ivanka's real-world understanding of women’s lives, to put it mildly, is limited who weren’t raised in a billionaire family, have slanted or completely contradicted her so-called feminist policies. One case in point is the double-barreled 2018 legislation known as passage of the two-bill package FOSTA-SESTA (acronyms for “Fight Online Sex Trafficking Act” and “Stop Enabling Sex Traffickers Act”), that held websites liable for knowingly facilitating sex trafficking, as well as for advertising consensual sex work.

What Ivanka Trump positioned as a legislation to “end sex trafficking online” has — according to many experts and observers — only made matters worse for low-income women who turn to sex work to support themselves and their families. On Tuesday, Rep. Ro Khanna, D-Calif., proposed the Safe Sex Workers Study Act, a bill that would require the Department of Health and Human Services (HHS) to conduct the first national study on the health and safety of sex workers since FOSTA-SESTA was enacted. The idea is to collect data to support the anecdotal harm the law has inflicted on sex workers.

The point of the study, Khanna told Salon in a phone interview, is to document “increased violence and number of sexual assaults on sex workers." It would also mandate "a survey to understand the increased risk of STDs and unsafe practices for sex workers,” he continued.

"All of that will be examined and my sense is that it will show there has overwhelmingly been increased violence, increased sexual assault that is disproportionately affecting women of color and trans individuals. Once we have that data, there will either be a very large desire or call for Congress to act and either amend SESTA-FOSTA or move toward decriminalization of sex work.”

These closures resulted from a provision in the bills that created an exception to Section 230 of the 1996 Communications Decency Act, which states that the "provider or user of an interactive computer service" cannot be "treated as the publisher or speaker of any information provided by another information content provider.” This law has long shielded internet companies and their platforms from legal responsibility for what happens on their sites. Under FOSTA-SESTA, however, platforms can be held responsible if the activity in question involves, for example, advertising for consensual sex work.

Last November, a sex worker named Sasha, who asked that her last name not be published, explained to Salon that she had been forced to work the streets, putting her safety at greater risk, without access to the now-banned websites. She was also at greater risk from law enforcement, she said. “The thought of getting arrested, that is my biggest fear,” Sasha told Salon. “I have worked really hard to get to where I’m at. I was on my way to get myself out of a low-income status, but now I’m right back at it.”

Sasha turned to sex work to pay for college, she said. She had previously held three “legal” jobs, which had prevented her from attending school. "Living in poverty is not fun, and sex work was a way for me to get out of poverty,” she said last November.

Rachel West, a spokesperson for the US PROStitutes Collective — a San Francisco-based organization campaigning to decriminalize sex work — told Salon that the situation hasn't improved for Bay Area sex workers since our previous report.

“It’s really hard for women in our network to find work because the ads are gone and more women, more sex workers, are in a dire situation and really struggling,” West said. “Many are mothers, and with the dire situation in the economy — food stamps being cut back, the low-wage jobs that are generally available — FOSTA-SESTA has hurt impoverished women and made it harder to survive.”

“Members of Congress refused to meet with them, they weren’t invited to hearings," he said. "No one listened to the perspective of the most marginalized communities that were going to be directly affected by the legislation, and I thought that was just wrong."

As these concerns were being raised, Ivanka Trump was tweeting generic "feminist" messages: “Let's break down barriers & empower women entrepreneurs to succeed in the modern economy.”

It wasn't just Republicans and conservatives who didn't listen to sex workers, however. Sen. Kamala Harris, D-Calif., was a supporter of FOSTA-SESTA, as was Warren — who now supports Khanna's proposal to study the law's impact on sex workers' lives.

“As lawmakers, we are responsible for examining unintended consequences of all legislation, and that includes any impact SESTA-FOSTA may have had on the ability of sex workers to protect themselves from physical or financial abuse,” Warren said in a press statement.

Khanna said he believed the voices of sex workers weren't heard or taken seriously at first. The entire issue was "stigmatized," he said. “Many politicians were fearful of meeting with" sex workers or their advocates, "of taking a picture with them, fearful of what message that would send in their own communities."

He hopes better data can shift opinions among those who supported FOSTA-SESTA and still do, adding that these reforms will take nothing away from the “aggressive criminal prosecution of sex trafficking and child trafficking.” Laws against those crimes can be enforced, Khanna said, without making “life more difficult for some of the most vulnerable individuals who are engaged in consensual sex work.”

Carol Leigh, who founded the San Francisco Sex Worker Film and Arts Festival and was a lead organizer of the San Francisco Board of Supervisors Task Force on Prostitution, told Salon by email she hopes the study will give sex workers another chance to share their stories about how the law has hurt them.

"This study will give sex workers a chance to come forth and detail the injustice of  FOSTA-SESTA and how that law has resulted in increased vulnerability and violence against us," Leigh said.

West, of US PROStitutes Collective, said she believes FOSTA-SESTA was used as a “crusade” against the prostitution industry, but that the movement to protect sex workers is on the “up and up.” New York state lawmakers have introduced a bill to decriminalize sex work, and a similar law has been proposed in Washington D.C.