"On this historic day, New Jersey has lifted... 83,000 ghosts of democracy out of the shadows." 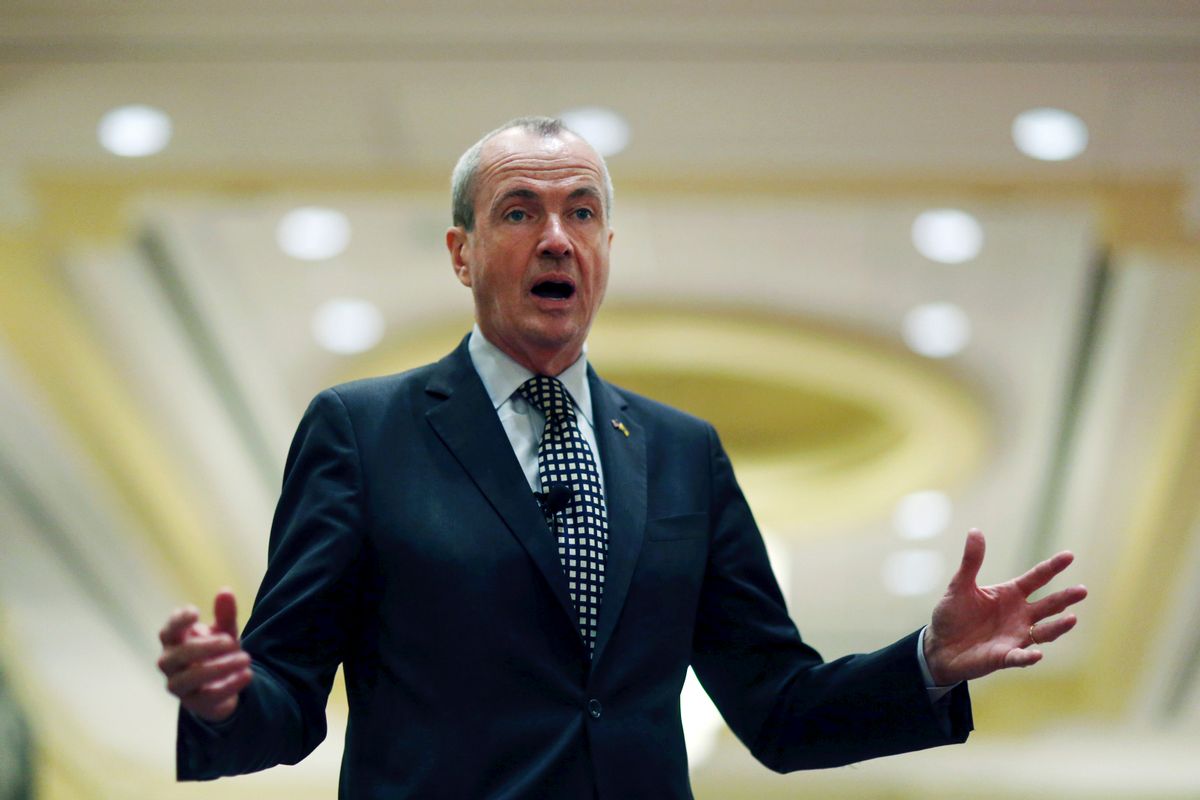 Pro-democracy and criminal justice reform advocates celebrated Wednesday as Democratic New Jersey Gov. Phil Murphy signed a bill restoring the voting rights of tens of thousands of state residents on parole and probation, following the lead of over a dozen other states that allow those individuals to participate in political elections.

"On this historic day, New Jersey has lifted my colleague Ron Pierce—a veteran, husband, and college graduate—and 83,000 ghosts of democracy out of the shadows so that they can finally be seen, heard, and represented," Ryan P. Haygood, president and CEO of the New Jersey Institute for Social Justice (NJISJ), said in a statement.

"Two years after we and our partners launched the 1844 No More campaign—named for the year New Jersey denied the vote to people with convictions and restricted voting to white men in its Constitution—we are proud to stand with the governor and legislature in helping New Jersey to become 1844 no more," Haygood added.

Alongside the voting rights measure, A5823, Murphy also signed S4154, which reforms the state's expungement eligibility and procedures. The latter measure allows residents who have not committed an offense for 10 years to submit a petition for a "clean slate." Murphy backed both bills "as part of his Second Chance Agenda," according to a statement from his office.

"Our administration is deeply committed to transforming our criminal justice system, and today we are taking a historic step to give residents impacted by that system a second chance," Murphy said. "I am proud to sign one of the most progressive expungement laws in the nation, which will allow more New Jerseyans the opportunity to fully engage in our society. I am also proud to enact legislation that will restore voting rights to over 80,000 residents on probation or parole, allowing them to fully participate in our democracy."

The governor's signature on both bills was welcomed by politicians who represent the state at various levels, from Democratic U.S. Sen. Cory Booker — a 2020 presidential candidate —to New Jersey Attorney General Gurbir Grewal, Newark Mayor Ras Baraka, and various members of the state legislature. Samuel J. Plumeri Jr., chairman of the New Jersey State Parole Board, as well as Marcus O. Hicks, acting commissioner of the New Jersey Department of Corrections, also voiced their support.

"With the governor's signature, people who have been disenfranchised in every sense of the word regained the most fundamental power an individual can have in a democracy," Amol Sinha, who directs the state chapter of the ACLU, said of the voting rights legislation. "Some rights are too important to lose, and voting is one of them."

Sinha explained that "because this country's history of disenfranchisement has always been rooted in racial oppression, and because the effects of disenfranchisement today produce the same ends, this legislation is a critical, monumental step for racial justice and civil rights—one that advocates have worked for decades to achieve."

"We need to continue that progress by striving to include all people completing sentences, including those who are incarcerated," he continued. "New Jersey makes history by becoming the 15th state to restore the right to vote to people on probation and parole. Today, we have shown that New Jersey stands for the ideals of justice, democracy, and having a voice."

"New Jersey is taking a huge step toward a more inclusive, representative democracy," declared Jesse Burns, executive director of the state's League of Women Voters. "Our democracy is made stronger when all voices are heard."

According to the Brennan Center for Justice at New York University School of Law, with Murphy's signature, New Jersey joins 18 other states and Washington, D.C. in allowing people who are on probation or parole to retain their right to vote.

Noting that more than 80,000 state residents will regain their voting rights when the bill takes effect in 90 days, Myrna Pérez, director of the Brennan Center's Voting Rights and Elections Program, said that "New Jerseyans should feel proud to welcome all of these people back into our democracy."

Daniel Nichanian, an editor at the criminal justice outlet The Appeal, pointed out in a tweet Wednesday that "the law will restore the right to vote to more than 1% of the state's adult population (just in time for the 2020 presidential primary)."

Lawrence Hamm, chairman of the People's Organization for Progress, said he was "elated" that Murphy signed the pair of bills, which bring "much needed reforms in our criminal justice system." Regarding the voting rights legislation, Hamm thanked the activist groups and individuals who have fought for the measure for several years.

Kristen Clarke, who leads the National Lawyers' Committee for Civil Rights Under Law, took to Twitter to acknowledge local advocates for their tireless work on the issue, specifically spotlighting the efforts of Haygood and everyone else at NJISJ:

The legislative voting rights victory in New Jersey came less than a week after Kentucky's elected Democratic governor, Andy Beshear, made good on his promise to restore the voting rights of state residents with felony convictions. After winning a contentious and incredibly close gubernatorial election in November, Beshear signed an executive order (pdf) to address the issue on his third day in office.

"My faith teaches me to treat others with dignity and respect. My faith also teaches forgiveness and that is why I am restoring voting rights to over 140,000 Kentuckians who have done wrong in the past, but are doing right now," Beshear said in a statement. "I want to lift up all of our families and I believe we have a moral responsibility to protect and expand the right to vote."