The chef raises a glass to the renaissance of artisans across America in her holiday special, airing Friday on PBS 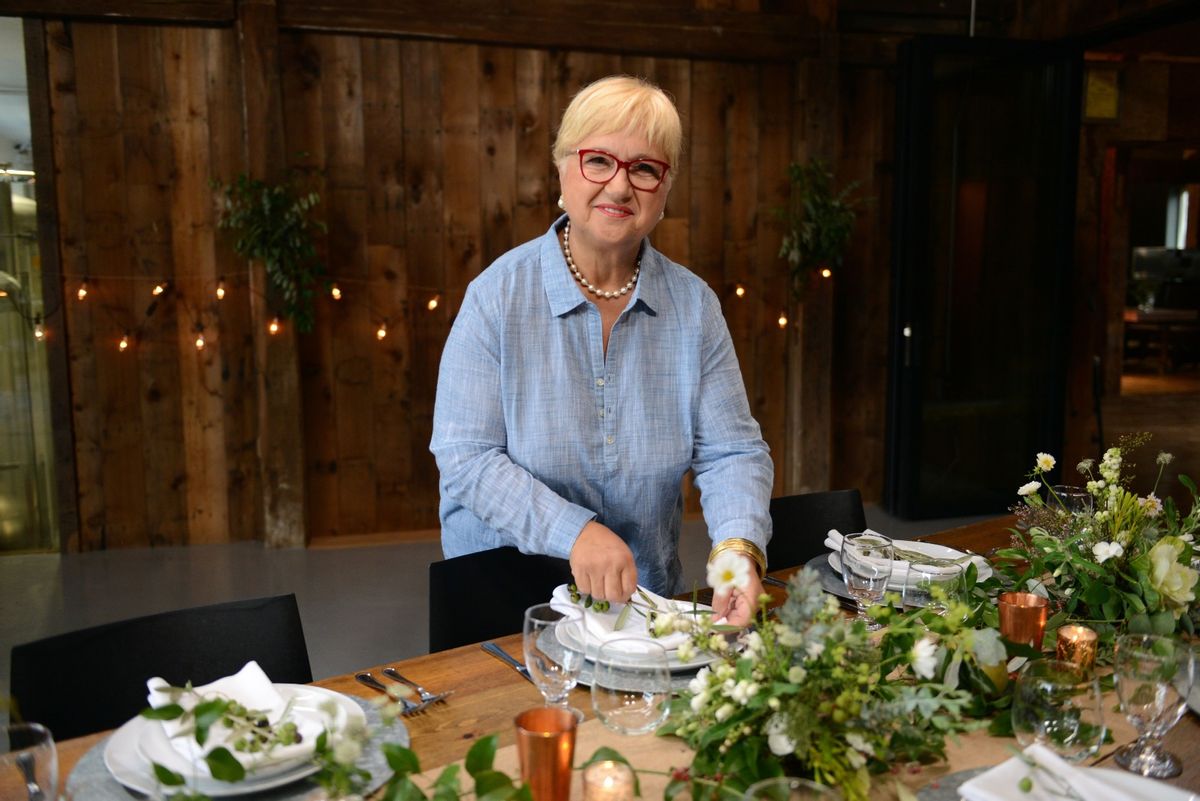 The holidays are a time for what I know best — family and food. I was lucky to have my 98-year old mother with me, along with my children and grand-children for Thanksgiving, and now I am focusing on the quickly approaching holidays when we will gather around the table again.  While we were home together, my high school and college aged grandchildren helped me in the kitchen as they have done since they could stand on a step stool by my side and assist with the rolling of gnocchi. Olivia helped trim the broccoli rabe, while Lorenzo was busy preparing strudel dough. Miles and Ethan were busy setting the table and preparing the glassware, while Julia was washing, cutting and peeling lots of potatoes. Grandma has never been one to just watch, so she was at the head of the kitchen table snapping green beans for another vegetable dish that would grace our table.

My children and grandchildren have been involved in food cultivation and preparation their entire lives, which is probably due to my heritage and my career. However, some of my restaurant guests have recalled some of their endearing stories about their children's involvement in food preparation lately as well, and I wanted to take a moment to share some of them. Just recently, a young third grader came to Felidia with his parents and told me how he had made butter from cream in his third grade class as they were learning how the early colonists had to work quite hard in preparation for their holiday dinner. He was so excited to simply poor cream into a mason jar, add a pinch of salt and make a creamy butter that he could bring home and share at his holiday table. I described to him how we made butter and yogurt from goat's milk when I was a young girl, but what we really prized was the golden olive oil that came from our olive trees. Another young college student told me the story about how he was finally able to use his great grandmother's cutting board this year to help carve the turkey.  He demonstrated an excitement for being part of this tradition but also an admiration for the fine quality wood of the cutting board. "It is different than the plastic cutting boards we have in our college apartment," he told me.

These examples of artisanal traditions are particularly endearing to me now that I had the chance to journey across the country just this past year and explore how food artisans and artisanal crafts are gaining momentum in the U.S.  I went to Tennessee, California, Colorado, Michigan, Wisconsin and New Jersey to meet with American "makers" — artisans who are learning and mastering some of our oldest traditions. I spoke to coopers, coppersmiths, jam makers, meat curers and farmers. I heard the excitement in their voices as they are witnessing a renewed focus on vocational training, mentorships and working apprenticeship programs. They are the pioneers behind a movement that I am excited to learn more about, as it relates to my own upbringing and training as a chef and restaurateur. I met with young high school students, college graduates and older Americans looking for a different kind of path to success. They chose to learn an artisanal craft and use it to develop small business ideas, and it is proving to be a fulfilling way to earn their livelihoods and bring much needed skills to their own communities.

I began procuring food and cooking at the side of my Grandmother Rosa as a young six-year old girl. I helped her pick olives from the trees, dig up the warm potatoes from the garden, milk the goat and dry the various fruits and herbs for the winter. Once I arrived in the U.S., I gravitated towards the kitchen as a young teenager in Christopher Walken's family bakery that was in my neighborhood. Eventually, I worked in several family restaurant kitchens. I had both formal and informal training before opening my own restaurants and working in both the front and back of the house. During that time, I have had such satisfaction mentoring the chefs, managers, sommeliers and wonderful front and back of the house employees at our restaurants and marketplaces.

It gives me such pleasure to see that a movement is starting and that mentoring, apprenticeships and vocational programs are making a come-back. The Italians have been fostering the idea of artisans since the Middle Ages, and there is no doubt that it provided the economic stimulus for the Renaissance that followed. Since Renaissance translates to "re-birth," I hope to raise a glass to the rebirth of artisans in America during this holiday season.