Best of 2019: Why I'm not raising my child in my old neighborhood

Am I still "D. Watkins from East Baltimore" if my daughter won't play in the same streets I used to run? 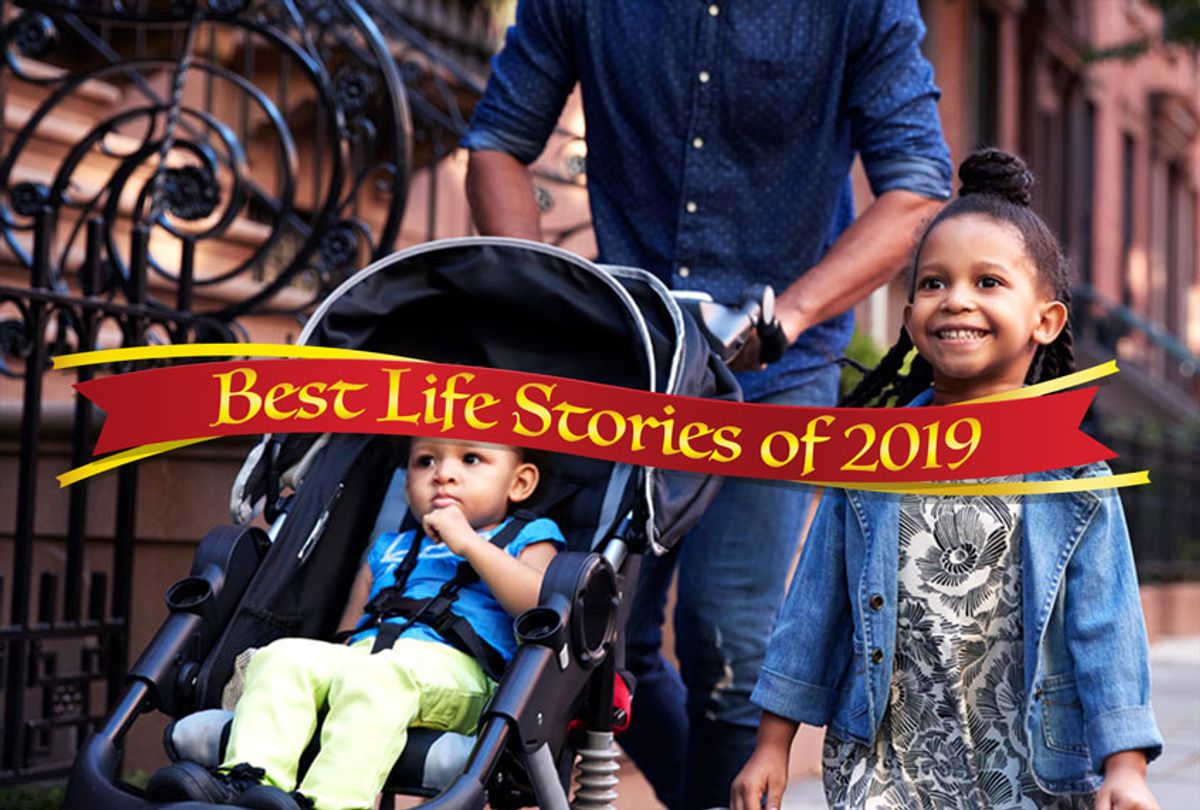 This life story was originally published on Salon on October 12, 2019.

"D. Watkins from East Baltimore" is how I’m often introduced. I'm proud of that, because being from East Baltimore to me means resiliency, heart, grit, and a willingness to take chances that would bind up most people from other places in fear.

One time in North Carolina, I mouthed off to a pack of angry cops like they don’t essentially have a license to kill people who look like me. In Cairo I paid a taxi driver to let me wheel his car around so I could feel like a local. I walked through Abuja, Nigeria, weeks after the United Nations building  was bombed, even though I could still smell the smoke. Why? Probably because I’m from East Baltimore, and I always feel like I’ve seen worse.

Before I found out my wife Caron was pregnant, I was also "D. Watkins who's never leaving East Baltimore." Navy SEALs couldn't drag me out. These streets are part of me: every section, every block, from my origin in the Jets to my Down-Da-Hill youth on Robinson, to Curley Street, Deakyland and Up Top; to Greenmount, to Zone 18, over to the tree-lined blocks of Ednor; the couch in Latrobe where I waited for my book advance, then off to Calvert Street, right off 20th. East Baltimore was home.

Don’t get me wrong: I haven’t lived in the trenches or in public housing for a few years now. But I've stayed close — maybe a $3.27 Uber ride away from the chaos and drama where I earned my name. I stayed close enough to keep tabs on everything happening, from who got shot and locked up to who's on their way home after a 10-year stretch, but at the same time far enough to take sanity breaks when I needed them. I had no plans to leave this part of the city.

In fact, the day my wife told me that she was pregnant, I started looking for houses with yards in one of the safer East Baltimore neighborhoods, like Charles Village or Original Northwood in northeast — maybe a $9.78 Uber ride from the blocks of my youth. I don’t even know why I suddenly cared so much about having a yard — I never had a yard growing up — but it seems like good parents have yards for their kids. I decided my son — I don't know why I assumed it would be a son — would have a house with a nice yard, in the safest East Baltimore neighborhood.

Then I found out we were having a daughter, and suddenly "safe East Baltimore" seemed like an oxymoron. When I thought of our future child as a boy — a little version of me — I imagined him being able to handle anything, just like me. But learning we're going to be parenting a girl introduced reality: she'll be a real child, not some imaginary clone.

My wife and I can handle East Baltimore's drama — the police misconduct, the violence — because we've found ways to soften it with local pleasures. Dates in the parks, block parties, community events, and meals in nice restaurants help make living there a beautiful experience overall. But should our kid have to piece together her happiness like we do? Or should we — since we now have the means to do so — have it waiting for her as soon as she's born? We decided we want our daughter to spend less time developing survival tactics in order to focus on important stuff like just being a kid.

In my initial panic I imagined raising her on an oat milk farm in Virginia with no neighbors, or way up in the mountains somewhere, or even in a bubble. (They aren't allowing people to buy homes on Mars yet.) But we landed on a home in a gated community in North Baltimore, a place where doctors, lawyers like Caron, and other journalists and professors like me tend to settle. A place I never imagined myself living in.

In our new neighborhood, where we wait for the birth of our child, we still have parks and nice restaurants, but kids aren't dodging shoot-outs, piles of trash, human-sized rats, or junkies hanging around outside like they do at my old place. It's the safest place I've ever lived, and yet we are still in Baltimore. I’m behind a gate, and still scared to raise her in the city that made me.

Baltimore has been the most important and beautiful place in the world to me, and it has also let me down so many times. We can move to a safer part of the city, but will we be able to keep her safe from the failed systems and racist institutions that have failed so many before her?

Raising her in a community we know — and that knows us — so well is also scary. Will our daughter get the chance to create her own legacy, or be forced to ride the wave of accumulated privilege we have created for her? Between my wife and I, we know everybody here: politicians, rappers, teachers, gang members, pastors, pimps, half the cast of "The Wire" and David Simon, squeegee boys, drug lords, award-winning chefs, the law, and the entire art community, it seems.

And so I know one day somebody is going to recognize her last name and tell her something like this: “Your father is an amazing person. He donated copies of his books to my school, we read them front to back twice over. He visited us multiple times, funded pizza parties and passed out gift cards. He is the first real author we ever met. He taught us the power of critical thinking and is the reason why I decided to become a writer. He not only told me and showed me that I can do it, but he also helped me start my career. I love D. Watkins. He’s the best.”

I also know that one day somebody is going to recognize her last name and tell her something like this: “Your father sold drugs in front of my grandmother’s house. He hung with the guys who banged guns in the neighborhood all night long. He paid crack fiends to put on boxing gloves and beat on each other for his own selfish entertainment. And when he wasn’t paying fiends, they robbed and stole from us because they had to get high off of his drugs. He helped shift all of that violence from the projects to our neighborhood and we had to survive that. F**k D. Watkins. He’s the worst.”

Both of those people will be absolutely right.

My back story is one of both pain and healing. It may take a while for my daughter to understand that; I’m still learning myself. But I'm going to have to explain to her that nobody is just one thing. People are complex, walking contradictions. So are cities; so is Baltimore.

Maybe she’ll want to visit one of those schools that I've given books to, or even attend them. Maybe she’ll want to spend time in my old neighborhood and carve out her own identity there. Shouldn't I be encouraging her to inhabit the places that I fought for, and am still fighting to make better? Wouldn’t the truest test of my impact on my old blocks be my own kids playing  freely in the same streets I ran? Am I a phony if I try to keep her away from guys like me — the ones who switched the negative to positive, but choose to remain in the fire? Can she truly understand that fire from afar?

I want to think she can. I may have moved north, but my community work is still over on the east and west sides. I still interact with the same young people and their parents, and I remain tied to same network of change-makers. I shop at the same stores. She will witness this work throughout her life, and hopefully she will want to play her part.

I’ll also have to understand if she doesn’t. Her background is going to be different from mine. She won’t be from the same block that raised me, and so she won't have the same level of emotional investment. What she will have instead is stability — along with amazing schools, a fridge full of fresh vegetables, parents who talk about art, yearly trips, a savings account, and activities from karate class to magic camp, or dance camp, or whatever kind of camp she wants. Most importantly, she’ll have the kind of safety I never dreamed of as a kid. If giving her the gift of that safety means leaving my beloved home, living outside of my zone of familiarity, away from the origin of my resiliency, I'm OK with that. I'm still D. Watkins from East Baltimore. In time she'll have her own Baltimore contradictions to reconcile, for better and for worse.