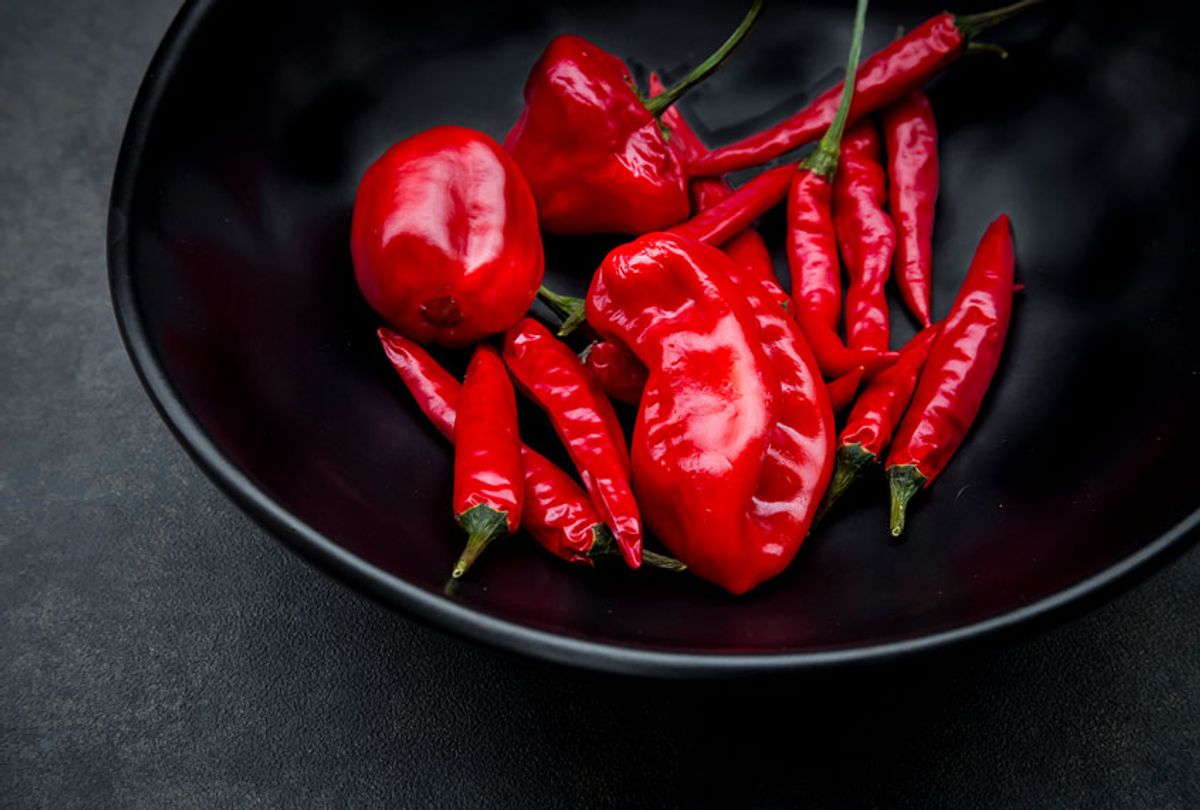 New research suggests that there may be some serious medical benefits to adding a little spice to your next meal.

A recently-published study in the Journal of the American College of Cardiology examined the potential health effects of regular chili pepper consumption on overall mortality. It revealed that those who incorporated the spice into their diets had a lower risk of death.

For the study, researchers compared the risk of death among roughly 23,000 people who were 35 years old older and living in Italy, where chili is a common ingredient. Some of the participants ate chili, and some did not. Researchers monitored the health status and eating habits of each person over eight years.

At the end of the study, the data revealed that regular consumption of the spice is linked to a lower overall risk of death by major medical problems like heart attack and stroke. The researchers found that those who ate meals containing chili peppers at least four times per week were 40 percent less likely to die from a heart attack than those who rarely or never ate the plant. Additionally, the risk of death from stroke was more than halved.

Though the researchers warned that it remains unknown exactly why chili peppers offer a wealth of health benefits, they noted that capsaicin, a compound that produces a temporary burning sensation after eating spicy foods in small doses, seems to play a role. In large amounts, capsaicin can cause intense pain, but the low doses found in peppers can relieve pain, boost metabolism, aid digestion and lower blood pressure.

The data also revealed that chili pepper lovers were healthier compared to people who did not eat the hot plant, even if other parts of their diet were unhealthy. The researchers rejected the notion that the benefits of the spicy pepper was merely a result of other lifestyle factors, such as following the Mediterranean diet, which is widely considered to be among the best for a long, healthy life.

"Someone can follow the healthy Mediterranean diet. Someone else can eat less healthily. But for all of them chili pepper has a protective effect," the study's lead author Marialaura Bonaccio, an epidemiologist at the Mediterranean Neurological Institute, said in a statement.

Licia Iacoviello, co-author of the study, added: "Chili pepper is a fundamental component of our food culture. We see it hanging on Italian balconies and even depicted in jewels. Over the centuries, beneficial properties of all kinds have been associated with its consumption, mostly on the basis of anecdotes or traditions, if not magic. It is important now that research deals with it in a serious way, providing rigor and scientific evidence."

That's good news for Salon's Amanda Marcotte, who chronicled her journey growing habanero peppers for our food section this fall. As she discovered, making your own hot sauce at home is easy and cheap, but certainly not painless. Her recipe is available here.