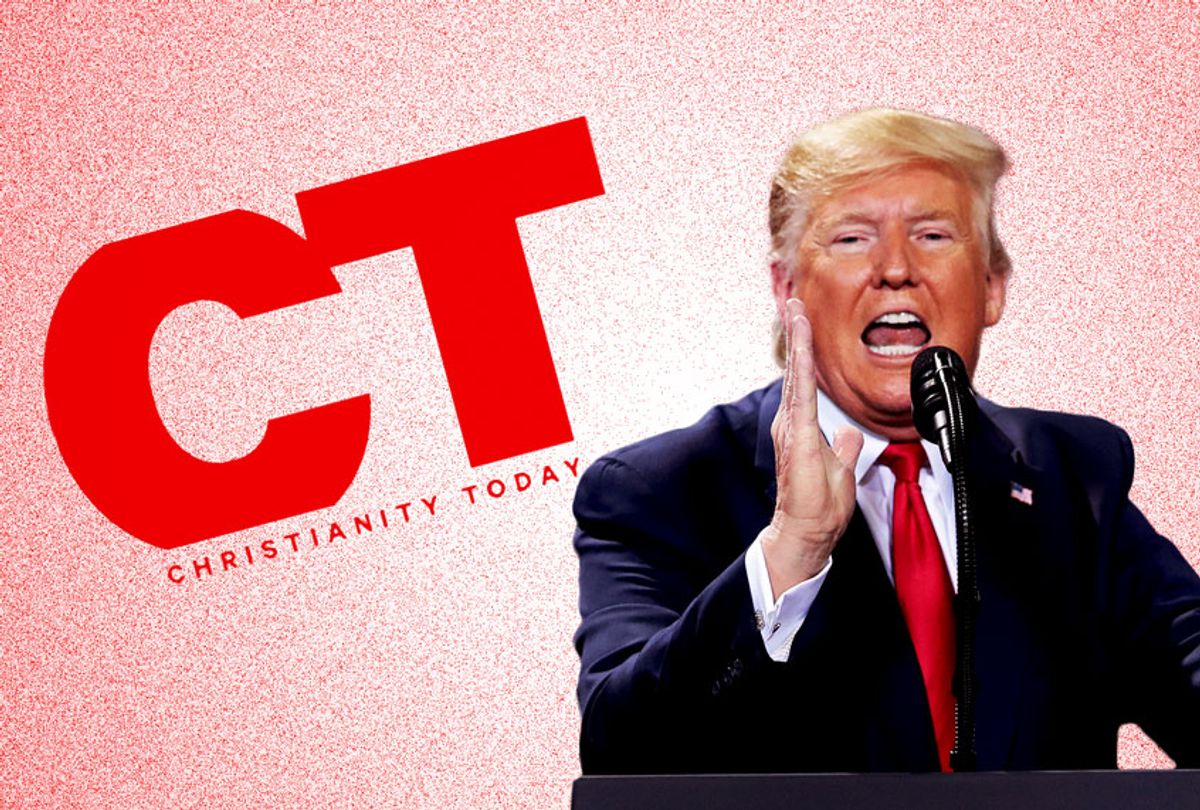 Mark Galli, the editor in chief of Christianity Today, the prominent evangelical magazine founded by the late Rev. Billy Graham, said Sunday that the magazine has seen a surge in new prescriptions since it published his blistering editorial calling for President Trump's removal from office.

"A stereotypical response is 'thank you, thank you, thank you' with a string of a hundred exclamation points — 'you've said what I've been thinking but haven't been able to articulate, I'm not crazy,'" Galli told MSNBC, adding, "We have lost subscribers, but we've had three times as many people start to subscribe."

Galli and his magazine were condemned by nearly 200 evangelical leaders following his editorial, which argued Trump's removal was "not a matter of partisan loyalties but loyalty to the Creator of the Ten Commandments."

The op-ed was published shortly after the House of Representatives approved two articles of impeachment against Trump — abuse of power and obstruction of Congress. At the heart of the charges are accusations that Trump withheld nearly $400 million in military aid for Ukraine to pressure that nation to launch investigations into his potential rivals, including Joe Biden and the Democratic Party, ahead of the 2020 election.

In his editorial, Galli didn't just criticize Trump. He also called out the president's devout Christian base.

"To the many evangelicals who continue to support Mr. Trump in spite of his blackened moral record, we might say this: Remember who you are and whom you serve. Consider how your justification of Mr. Trump influences your witness to your Lord and Savior," he wrote.

In an interview Sunday with CBS News, Galli defended his call to remove Trump from office and explained that he was not making a "political judgment" but rather a "moral" one.

Galli again acknowledged that the president has delivered many victories to the evangelical community with policy decisions on abortion and religious freedom, but added that he doesn't believe evangelicals can "in good conscience" continue the "trade-off" of accepting Trump because of his policy positions.

"He gives us what we need on pro-life, but he's got this bad character. The fundamental argument I'm making is: We crossed a line somewhere in the impeachment hearings, at least in my mind — that balance no longer works," Galli said.

Galli's editorial prompted outrage from Trump, who condemned Christianity Today as a "far-left magazine," as well as a statement from Rev. Franklin Graham, who claimed his father would have disagreed with Galli's position.

"It's obvious that Christianity Today has moved to the left and is representing the elitist wing of evangelicalism," Graham said. "Is President Trump guilty of sin? Of course he is, as were all past presidents and as each one of us are, including myself. Therefore, let's pray for the President as he continues to lead the affairs of our nation."

In an interview Friday on CNN, Galli said he does not believe his comments is likely to shake Trump's hold on evangelicals.

"Oh, no. I don't have any imaginations that my editorial is going to shift their views on this matter," he said. "The fact of the matter is that Christianity Today is not read by Christians on the far right — by evangelicals on the far right, so they're going to be as dismissive of the magazine as President Trump has shown to be."