In "Just Mercy," Michael B. Jordan brings dignity to the story of a real-life Atticus Finch 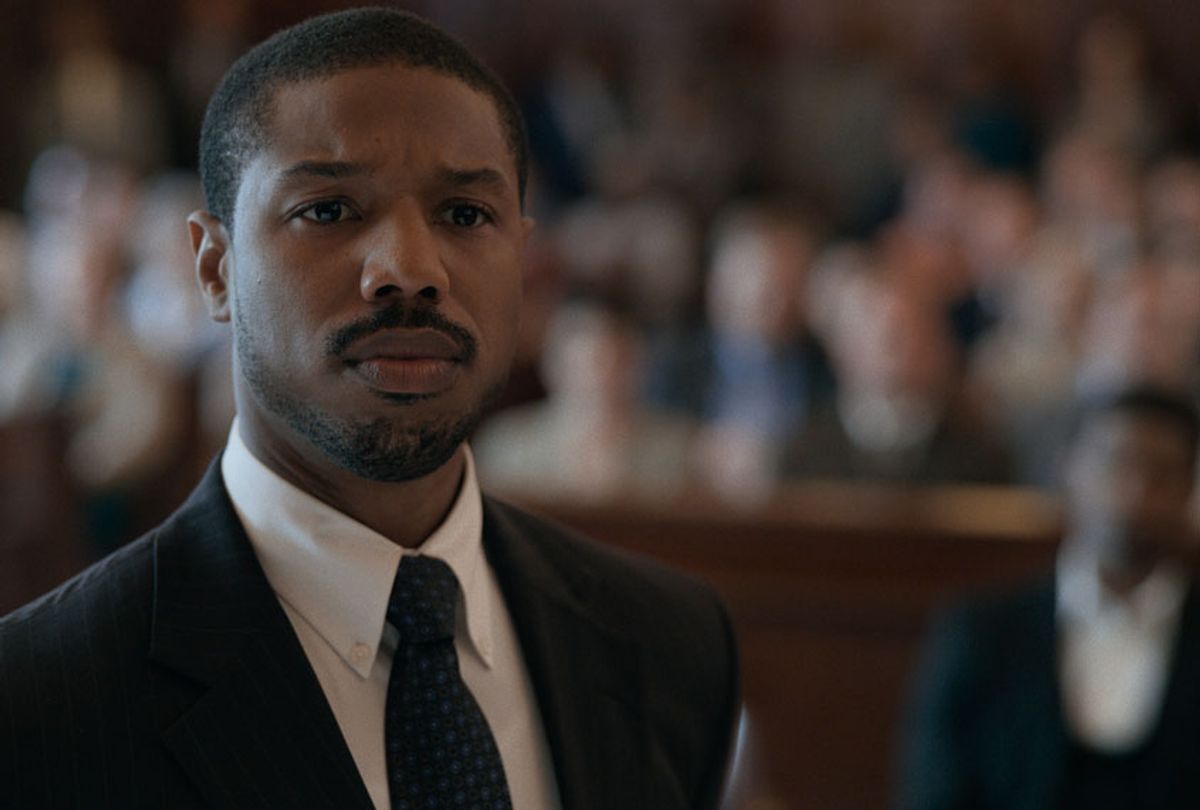 Bryan Stevenson, the founder of the Equal Justice Initiative — an organization dedicated to “fighting for the poor who need it most” — is a notable humanitarian. His efforts to help the unjustly incarcerated are noble and deserve attention and acclaim.

Stevenson and his efforts get the big Hollywood treatment in “Just Mercy,” director/co-writer Destin Daniel Cretton’s slick, earnest legal drama about the civil rights defense attorney. Fresh out of Harvard Law School, Stevenson (Michael B. Jordan) moves to Alabama against his mother’s wishes, and takes on the case of Walter “Johnny D.” McMillian (Jamie Foxx), a black man sentenced to death row for a crime he did not commit.

The film, co-produced by Jordan, positions Stevenson as the Black Atticus Finch. (There are at least two verbal and one visual reference to Harper Lee and “To Kill A Mockingbird,” in “Just Mercy,” reminding viewers that Lee and her father were from Monroeville, Ala., the town where Johnny D. is accused of murdering Rhonda Morrison, an 18-year-old white woman, at a dry cleaners.)

The pre-title sequence, set in 1987, has McMillian being arrested for Morrison’s murder. Stevenson is first introduced when he is still in Harvard Law School and interning in Alabama. Visiting Henry Davis (J. Alphonse Nicholson), a prisoner facing death row, he bonds with the inmate, who has a not dissimilar background to his. This encounter prompts Stevenson to dedicate his life to fighting for the constitutional rights of poor people. It does not go unremarked that his work will upset folks, and that he should be careful in his efforts. Lest anyone forget, a black man, especially one with a Harvard Law degree, is a target in the South.

When Stevenson meets with McMillian, the death row inmate says, “No one has been freed from Alabama’s death row . . . What makes you think you’re going to change that?” And so, Stevenson redoubles his efforts to achieve justice for his client. (This also reassures anyone in the film or in the audience who doubts his abilities and plucky heroism).

“Just Mercy” features a handful of scenes of Stevenson speechifying about why he is doing this magnanimous work. And the film preaches to the choir of bleeding-heart liberals who will feel righteous anger at the way that poor, black men and their families are treated by the law in Alabama (and elsewhere). The film is designed to be a feel-good drama about the obstacles and setbacks that try to prevent justice from being served and demand to be corrected. That is an observation, not a judgy criticism; these stories continue to need telling, especially in a world that is becoming more and more polarized by inequality, racism, and injustice. This film may not change any minds, but it can inspire people that hope for a social change and equality. And that is worthwhile.

However, Cretton’s film, while absorbing, does feel manipulative in how it builds dramatic tension and wrings emotion out of every microaggression — from Stevenson being strip searched before a meeting with a prisoner or being pulled over while driving the speed limit — as well as every legal setback and every lucky break.

The case forms most of the film’s drama. Stevenson, with the help of Eve Ansley (Brie Larson), forms the Equal Justice Initiative, an organization that will take on cases like McMillian’s at no cost. Stevenson meets with McMillian as well as his family, promising results. He soon gathers information such as testimony from Darnell Houston (Darrell Britt-Gibson) that indicates McMillian wasn’t at the scene of the crime. As he digs deeper into McMillian’s case, Stevenson finds that the prosecution’s sole witness is a criminal, Ralph Myers (Tim Blake Nelson), who was coerced to give false statements perhaps in exchange for a lesser sentence. Stevenson seeks to get McMillian’s case retried.

Even though the facts of the case are clearly on the side of the defendant’s innocence, and the outcome of the story is perhaps never in doubt, Cretton plays these episodes for maximum impact. Darnell gets cold feet, Stevenson, Eve, and her family are threatened by a house bomb, and there has to be a way to flip Ralph Myers for justice to be served. These challenges could deter anyone, but not Stevenson. As the film presents him, Stevenson is a saintly figure whose greatest flaw is not that he cares too much for his clients, but that he never once calls his concerned mother after he moves to Alabama. (There’s a nice bit of humor when a woman asks one of Stevenson’s office colleagues if the fine young man is married, to which she replies, “Yeah. To his work.”)

“Just Mercy” features a manipulative but effective and necessary subplot involving Herbert Richardson (Rob Morgan) a veteran with PTSD who regrettably killed a woman with a bomb. Stevenson fails to get Richardson a stay of execution, and his death is played out in a lengthy, but powerful sequence that illustrates not just his bond with his fellow death row inmates, McMillian and Anthony “Ray” Hinton (O’Shea Jackson, Jr.) but also the impact his execution has on Stevenson, and why he hopes to free McMillian and others.

The film is never subtle or nuanced, which plays into what viewers want from social justice dramas. As McMillian talks about getting his truth back, it is hard not to be moved. He has endured a horrible six-year ordeal, one that a post-credit title card indicates he never quite recovered from.

As Stevenson, Jordan is all class. He suffers indignities at the hands of the racist white authorities he encounters with grace and is convincing in the courtroom scenes. He exhibits tenderness and respect when talking with McMillian and his family members, treating them with the dignity they deserve and just do not get from others. Hopefully this film will prompt viewers to read more about Stevenson and his valiant efforts.

In support, Foxx imbues McMillian with gravity and self-worth that generates compassion. He resists showy moments, giving an internal performance that suggests the crushing weight he feels behind bars. In contrast, Nelson is all tics and mannerisms as Ralph Myers, but his squirrely turn is great fun because he makes everything Ralph says a surprise. As Eve Ansley, Larson is underused. Mostly, she assists Stevenson, curses occasionally, and has a monologue about doing this work so her son can respect her.

“Just Mercy” is Oscar bait that showcases Stevenson and his important work. A documentary on him might do his story better, but it would be seen by far fewer people. And his story needs to be told.