"Man, I think they’re really into it," Vanilla Ice reportedly said after speaking with the president's son 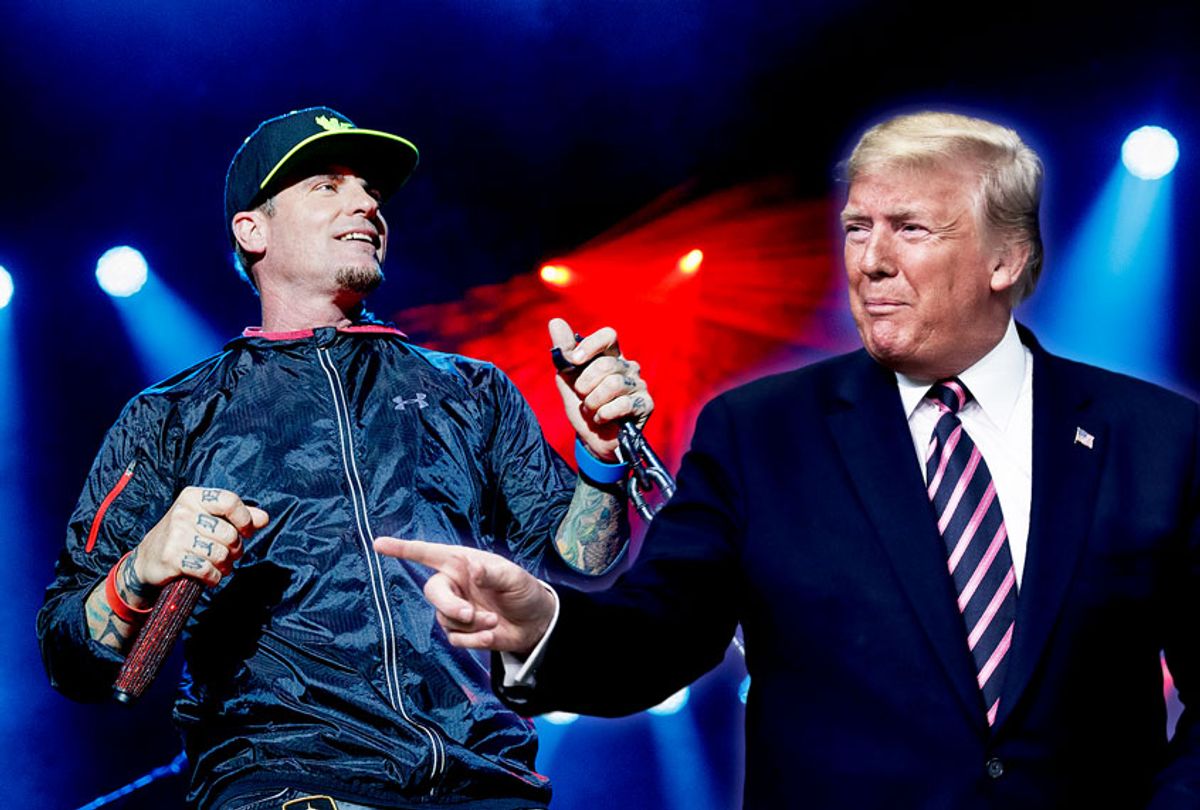 Real estate broker James Arena hatched a plan to sell the 43-acre coastal town of Briny Breezes, which is “made up entirely of a mobile home park,” for $1 billion as the potential site of the Trump presidential library, according to the report. Arena told the Post that he recruited mutual friend Vanilla Ice to pitch it to the family.

“Vanilla Ice ran it by Donald Jr.,” Arena told the outlet. “He called me back and said, ‘Man, I think they’re really into it.’”

Arena even pitched the plan at a residents' meeting on Thursday, where he said the town faces problems that residents simply cannot afford to fix. The town is also a corporation in which property owners have shares. A sale would require the approval of 67 percent of the town’s shareholders. A previous 2007 bid by a different developer to buy the town for $510 million, which would have been distributed among residents, ultimately fell apart.

“We have to plan for the future of Briny and, unless we have a tremendous amount of money that I don’t know about, that plan needs to include selling Briny on our terms,” Arena told residents on Thursday. “If we get caught with our pants down, we’re going to get much less money and we’re going to be told what to do.”

Every president since Herbert Hoover has built a presidential library in his home state. As of October, Trump and wife Melania officially reside in Palm Beach County, the site of his Mar-a-Lago resort. Though these libraries are usually paid for by nonprofit entities, Arena told the Post that Trump could develop the land by building a hotel, restaurants and a marina to make it a tourist draw.

“It makes a lot of sense for him to do something like that here,” Arena said, adding that the president could change the name of the town to “Trump Town.”

Arena is urging residents to sign a petition outlining the terms of a potential sale. Some residents expressed openness to the plan given the size of the deal that Arena is pitching, even though he has no buyer lined up. But some residents pushed back at Thursday’s meeting.

One woman asked Arena why the town would sell to Trump, who she said “lies, has bankruptcies and doesn’t pay people back.”

“I don’t think he’s a particularly good risk,” the woman said, according to the Post.

Arena is not the only Trump supporter trying to get in on the presidential library sweepstakes. New York City Councilman Joe Borelli, a Republican, sent a letter to Trump earlier this year pitching Staten Island, the only borough where Trump received a majority of the vote in 2016, as the site of the library.

But despite being born and raised in New York City, Trump suggested in a “Meet the Press” interview over the summer that he has his sights set on Florida as the site of his library. Trump also suggested that he plans to cash in on his presidential library by building it at one of his own properties.

“I have a lot of locations, actually,” he told host Chuck Todd. “The nice part is I don’t need to worry about buying a location.”