Holiday windows: The allure of showing and hiding makes us look

The seductive power of holiday windows resonates in the French term for window-shopping: "lèche-vitrines" 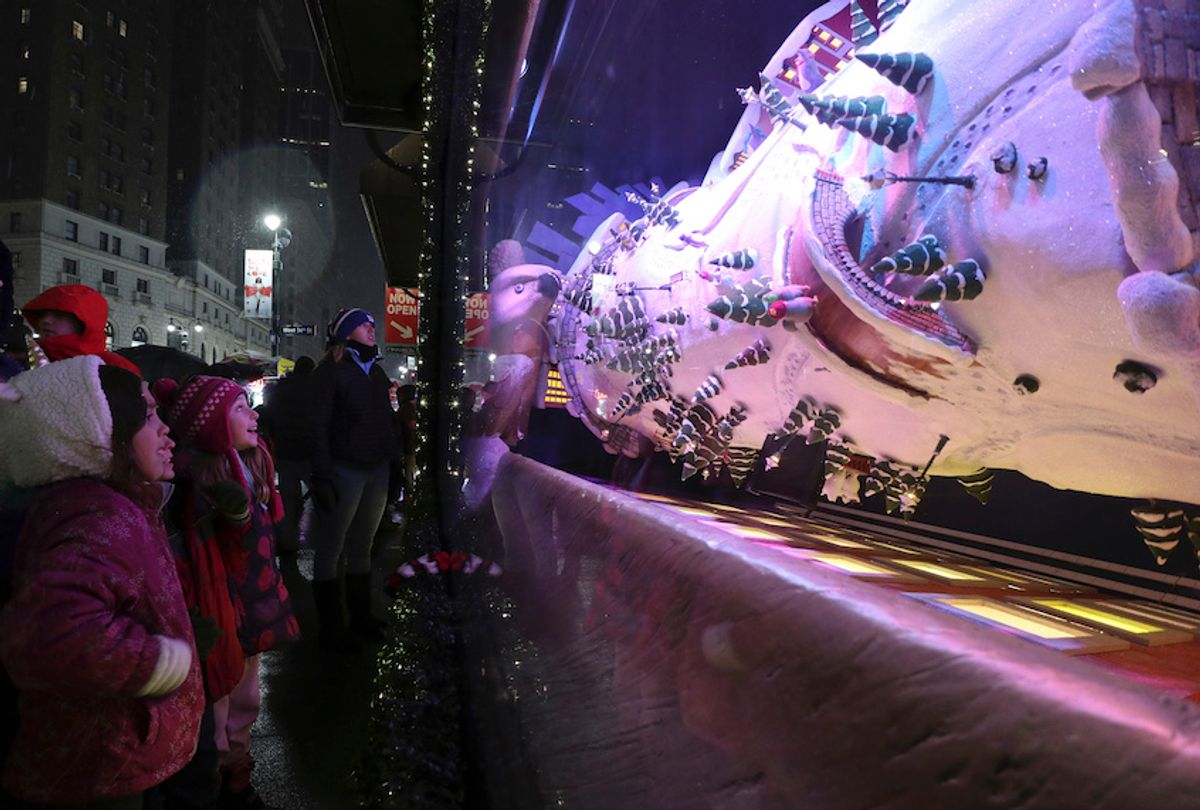 The end of the year is often relished as a time for slowing down: for replaying memories, watching snowflakes dance in the glow of streetlights and lingering just a little longer around the dinner table. At the same time, it’s a period of rushing: deadlines, parties, travel and perhaps a foray to the shopping mall, a department store or a busy high street.

These polar experiences shine a unique light on the shop window.

During the holiday season, the commercial window displays that otherwise blend into the backdrop of the urban consumer landscape are foregrounded as indispensable features of the festive period. The holiday window is laden with nostalgia and associations of childhood traditions and a longing for drawn-out moments.

Yet the window is simultaneously a vehicle for consumerist and capitalist desires, grounded in 19th-century material innovations, and political, economic and consumer trends — designed to seduce and to sell.

Visual merchandising, or as it was previously called, window-dressing, is the task of designing and arranging displays of merchandise.

The world of fashion display captures seemingly incompatible experiences of time — anchored by the allure of showing and hiding.

What distinguishes “fashion” from the neutral “clothing” or “dress” is the extraordinary pace at which it evolves. Fashion is fleeting. Fashion is change. The modern fashion system is premised on the rapid rate at which new styles are outmoded and replaced, resulting in problematic and planet-damaging practices of fashion production, transportation and marketing.

Fashion’s ephemerality is supported by its presentation and display. Merchandising often happens overnight when stores are closed. The all-important shop window display is installed behind privacy screens. When the screens are removed and the completed scene appears suddenly, as if by magic. The mythology of consumerism is tethered to the invisibility of labor.

Window displays typically come and go as quickly and unceremoniously as fashion trends. Grand department stores, however, host special events around the “unveiling” of their holiday windows.

For nearly 60 years, Ogilvy’s department store in Montréal was a rare exception to the tendency of ushering in new windows each holiday season.

Starting in 1947, Ogilvy displayed one of two holiday scenes annually. The “Enchanted Forest” and “Mill in the Forest,” both designed by a German toy company, were donated by Holt Renfrew Ogilvy to the McCord Museum in 2018.

For the past two years the McCord Museum has exhibited one of the window displays in a freestanding outdoor showcase. The other is on view inside the museum. That a public history museum acquired window displays suggests that commercial windows are more than temporary marketing tools. The museum archive symbolizes a timeless permanence not often associated with such commercial endeavours.

Innovations in engineering in the second half of the nineteenth century produced two materials key to the retail window and other commercial systems of European modernity: cast iron and plate glass.

The Crystal Palace, the central pavilion of London’s Great Exhibition (1851), was built entirely of cast iron and plate glass. Inside, consumer commodities were displayed amongst a cornucopia of technological achievements, industrial marvels and colonial propaganda.

In the vast light-flooded “palace,” the consumer goods of modernity were bestowed with new meaning. Removed from the dark and cramped confines of Victorian shops, they were no longer simple measures of economic or material value alone. The magnificent displays and the absence of price tags or signs of labor transformed the commercial objects into vehicles of symbolic value.

French social and literary theorist Roland Barthes remarked that sight is the most magical of the senses and touch the most demystifying — perhaps a productive way to consider the spectacle of commodities and goods championed in the Crystal Palace. Thomas Richards, formerly a literature professor at Harvard, suggests this analysis in The Commodity Culture of Victorian England.

Yet for others, the Crystal Palace’s iron-and-glass construction and emphasis on visual display shows modernity’s preoccupation with surfaces.

Consumerism grew rapidly in the decades following the Great Exhibition. The department stores that proliferated in metropolitan centres used plate glass to construct windows in unprecedented proportions. The project that started in the Crystal Palace flourished.

The window showcased the variety of goods on offer, and the dominant approach to window-dressing in this period was “the more the merrier.” Neither wholly public nor private, the spectacle of the window display was key to luring passersby into the store. Those who admired the goods outside practised a novel pastime: window-shopping. The visual rather than economic consumption of goods attests to the pleasure in “just looking.”

This suggests that shoppers aren’t simply “consumers,” but are also “spectators.” The seductive power of modern window displays is clear in the French term for window-shopping: lèche-vitrines. Translated literally, it means to lick the windows.

Images of window-shoppers occupy our cultural imagination, from the solitary Audrey Hepburn in the opening scene of "Breakfast at Tiffany’s" to the crowds descending on Simpsons’ “Christmas Tree” store in Toronto, both from 1961.

Photographs of children with noses enthusiastically squished against the windowpane read as timeless signs of the season. The temporary installation of risers in front of holiday window displays is a reminder of these important “consumers.”

Shop windows are the lovechild of modernity’s restlessness and capitalist obsession with the new. Yet, there is an irony in the fact that these windows might offer a moment of respite from the anxieties and hurry created by our commercially-driven world.

These retail windows mark a unique intersection in the landscape of consumer culture — one where the pace of modern life meets the desire to slow down.