Plus, this tip will guarantee that your latkes turn out extra crispy and delicious 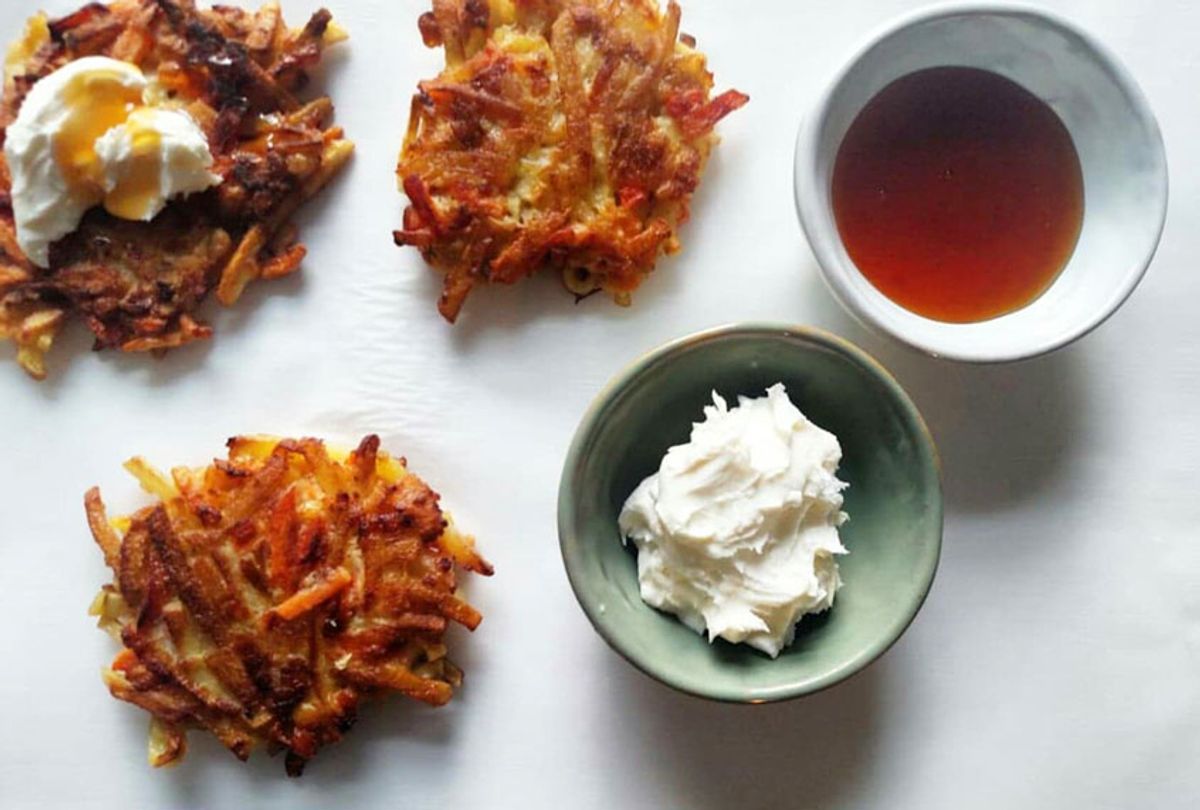 I’m not going to sell this latke recipe to you as an improvement, per se, to the traditional version — fried potatoes in any form are the food of the gods — but it is certainly a sweet alternative. Especially since there are several complementary layers of sweetness in this dish: the tart bite of the apple; the natural jamminess of the red onion; the mild nuttiness of the sweet potato; and the final drizzle of hot honey.

The mascarpone, with its high butterfat content, adds a nice smooth and slightly tangy counterpoint.

Since sweet potatoes have a slightly higher moisture content than Russets, and since we’re adding the apples to the mix, the key to getting these latkes crisp is by taking an extra minute to wring out any water from the fruit and vegetable mixture.

Makes about a 12 latkes