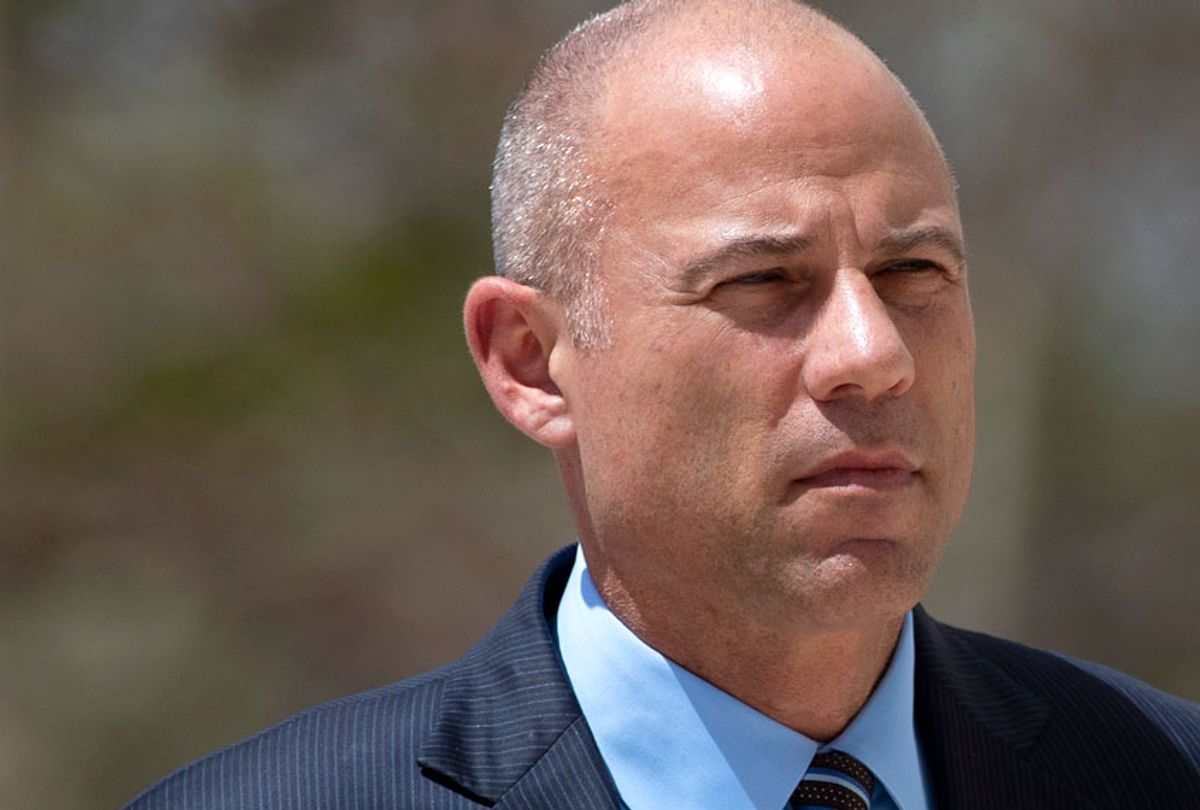 This story has been updated to include that Michael Avenatti was not charged over the domestic violence allegations, which were made by an ex-girlfriend. Salon regrets the omission.

Michael Avenatti was more than $15 million in debt when he tried to extort as much as $25 million from Nike, prosecutors alleged in court papers filed Tuesday.

Federal prosecutors in Manhattan said they will demonstrate at an upcoming trial that Avenatti owed "conservatively, in excess of $15 million" to "various sources" and that evidence will show that he had "extraordinary indebtedness, and thus the need and motive to quickly generate substantial sums of money at the time when he engaged in the charged conduct."

Avenatti declined Salon's request for comment. In a text to Salon reporter Matthew Rozsa, Avenatti wrote: "Let me be clear about something - if you guys are going to report on the case, then report on the case. That means BOTH sides as opposed to only reporting on one bullshit aspect of the case because you want to use it as clickbait." He also accused this reporter of calling him to seek comment on "some scandalous bullsh*t that you want to report on for clickbait."

Avenatti is accused of threatening to reveal allegations of improper payments against Nike if the sportswear giant did not pay him, according to court papers. He has denied wrongdoing. Nike has also denied wrongdoing.

Avenatti's lawyers argued in court filings Tuesday that their client legally sought the money after Nike's lawyers tapped him to oversee an internal probe of the company.

The filings come in advance of a Jan. 22 criminal trial in Manhattan. U.S. District Judge Paul G. Gardephe will decide the case. Avenatti pleaded not guilty last week to the extortion charges.

For Avenatti, the lawyer who famously represented adult film actress Stormy Daniels in her lawsuits against President Donald Trump, it is one of three scheduled trials across the next five months.

Avenatti has also been accused of diverting about $300,000 owed to Daniels to pay employees of his law firm and defunct coffee company, Global Baristas. He is also accused of using the money owed to Daniels to make a monthly lease payment on a luxury car and to pay for his dry cleaning. He no longer represents Daniels.

The lawyer also faces an unrelated indictment in federal court in Southern California on allegations that he stole millions of dollars from five clients and used a number of shell companies and bank accounts to cover up the theft.

Those allegations include the charge that Avenatti stole from a mentally ill paraplegic client on disability who won a $4 million settlement. The proceeds were wired to Avenatti, who allegedly "drained the entire settlement payment from his law firms' trust account and used portions of the settlement to finance his coffee business or pay personal expenses," according to the U.S. attorney's office.

Avenatti is also accused of embezzling millions of dollars from other clients, using the money to purchase a private jet, finance his coffee business and pay for his own legal and personal expenses. He is accused of stealing cash from his clients to pay previous clients he had swindled and to pay off "some of his law firm’s bankruptcy creditors, including the IRS."

He has also been charged with tax evasion and making false statements during bankruptcy proceedings. Avenatti has denied all charges.

The attorney's career took off last year when he represented Daniels in her lawsuit to break a confidentiality agreement with Trump that required her to keep quiet about an affair she has claimed they had in 2006. Late last year, Daniels publicly accused Avenatti of unethical conduct. Questions have also surfaced about Avenatti's unpaid debts and various tax liabilities, as well as an arrest last October for allegations of domestic violence — a claim which he has vehemently denied. Avenatti was not charged over the domestic violence allegations, which were made by an ex-girlfriend.

After rising quickly to fame, Avenatti emerged as one of Trump's most prominent critics, regularly attacking him on cable news programs and on social media. He briefly became a media superstar and and was at one point even considered to be a rising Democratic star. At one point, he was contemplating throwing his hat in the presidential ring to challenge Trump in 2020.

He has denied any wrongdoing and said in May he was facing charges only because he posed a "threat" to Trump.