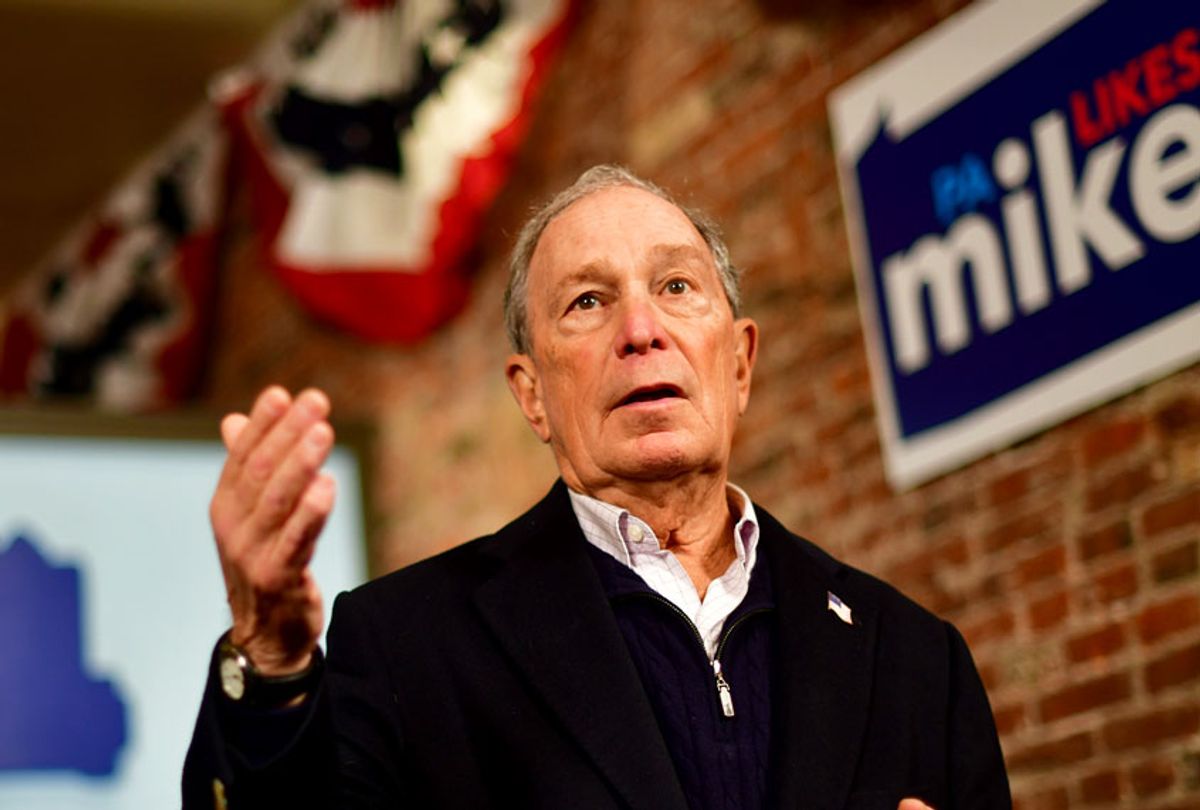 The Bloomberg campaign confirmed the arrangement to the outlet but said it had canceled its contract with a third-party vendor after The Intercept’s John Washington began asking questions.

The vendor, ProCom, runs call centers in Oklahoma and New Jersey. Two of the Oklahoma call centers are run out of state prisons. Incarcerated women in at least one of those prisons, the Dr. Eddie Warrior Correctional Center in Taft, made campaign calls to California voters on behalf of the Bloomberg campaign.

The workers were required to disclose that the calls were paid for by the Bloomberg campaign. They did not tell voters they were calling from inside a prison more than 1,500 miles away.

ProCom executive Stephen McQuaid told The Intercept that he was unaware that the company was making calls for the Bloomberg campaign, but campaign spokeswoman Julie Wood confirmed to the outlet that it contracted ProCom to make calls.

“We didn’t know about this and we never would have allowed it if we had,” she said. “We don’t believe in this practice and we’ve now ended our relationship with the subcontractor in question.”

The campaign told the outlet that it only learned about the arrangement after receiving questions from a reporter.

ProCom co-founder John Scallan told the outlet that the company pays a $7.25 minimum wage per hour to the Oklahoma Department of Corrections, which distributes the funds to inmates at the call centers. The department lists its maximum salary as between $20 and $27 per month, though Scallan insisted that ProCom workers earned more.

“I can tell you unequivocally that is not us,” Scallan said. “Some of them are making that much every day.”

The Intercept report has sparked a flood of critical tweets from progressives, but also a certain amount of glee on the right, including stories in the Daily Caller, Gateway Pundit and the Rupert Murdoch-owned New York Post.

In a thread of tweets on Christmas Day, Intercept reporter John Washington explored the history of underpaid prison labor. As he mentions, CBS News has reported the inmates were actually paid $1.45 an hour, making these jobs "coveted" and relatively prestigious within the Oklahoma correctional system.

Alex Friedmann, a criminal justice advocate who serves as the managing editor of Prison Legal News, told The Intercept that the arrangement amounts to exploitation. “The use of prison labor is the continued exploitation of people who are locked up, who really have virtually no other opportunities to have employment or make money other than the opportunities given to them by prison officials,” he said.

Friedman said that it was “entirely possible” the campaign did not know the subcontractor was using prison labor, but that was “like saying department stores making clothes in southeast Asia don’t know that 5-year-olds are stitching together their soccer balls. Well, shouldn’t you know? Shouldn’t you have some idea of your supply stream, or what your downside supply stream is doing?”

Bloomberg entered the race just a month ago and has already spent $80 million of his own money on television ads and another $24 million on Google and Facebook ads. Many of these ads have targeted California, where the Los Angeles Times reported his campaign has flooded the airwaves.

Bloomberg used massive salaries to attract campaign organizers and already has more than 200 workers in 21 states, the Sacramento Bee reports.

Two dozen of those workers are in California, where Chris Myers, the head of the California Democratic Party who is stepping down to run Bloomberg’s operation in the state, predicted the team would soon be larger than Sen. Bernie Sanders’ 80-person operation in the Golden State.

The latest polling in California shows Bloomberg at 3 percent, in a survey with a margin of error of 3.3 percent.