Bad reporting on the economy is ennobling Trump

The economy is doing great, the mainstream media says — and Trump responds by slashing food stamps 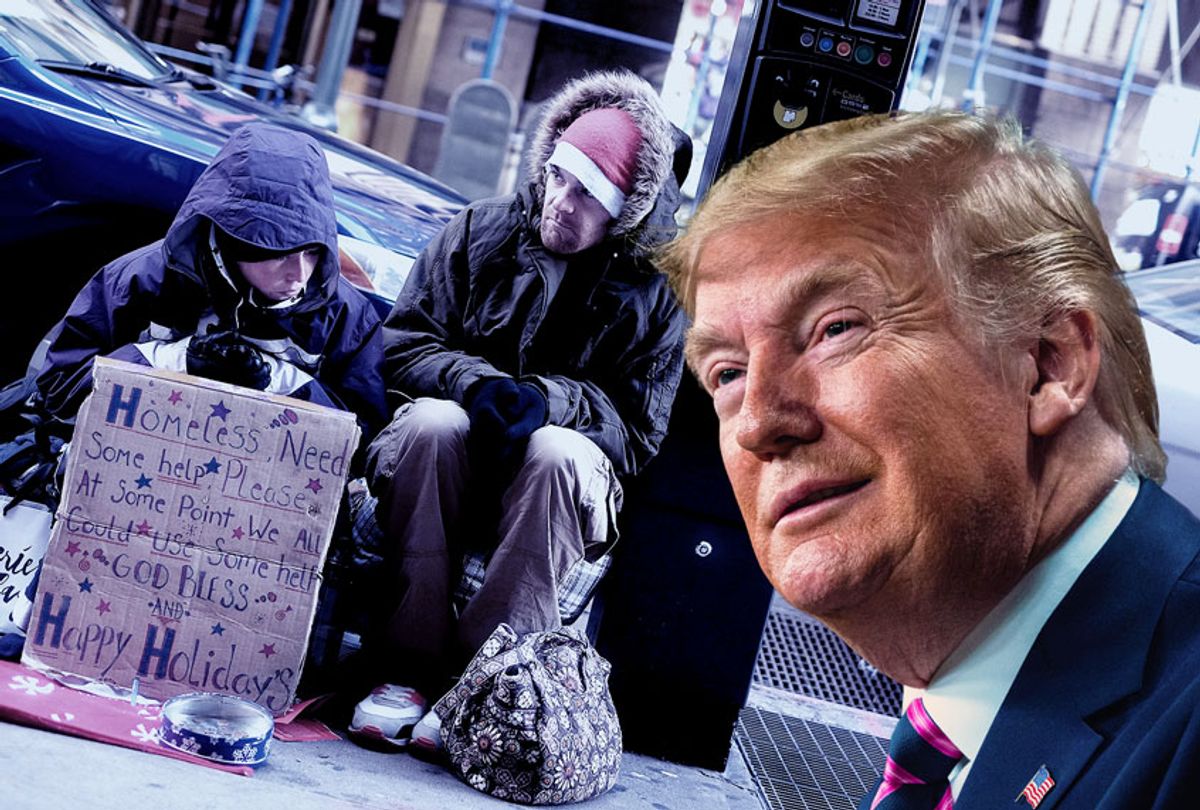 While the corporate news media puts all of its focus on the Trump impeachment, it continues to advance the fiction of an economy that’s delivering for Americans and in so doing robs us of something essential; a grasp of the deteriorating circumstance for tens of millions of American households who struggle each month to make ends meet.

The December 7, 2019 edition of the New York Times encapsulated this.

With a reassuring tone, the paper of record ran a headline above the fold proclaiming “U.S. Job Growth Stays on Streak, Soothing Jitters.”

Inside the paper it described how the President “parries impeachment with a booming economy” and “tests the idea that steady paychecks are enough for voters.”

This faux sense of brimming prosperity not only provides Trump with his re-election platform. It also gives him the political capital to target poor Americans for food stamp cuts, since clearly it must be some defect in them that prevents them from being part of the Trump economic miracle.

What the corporate news media’s economic reporting tracks is how easy a time money has making more money. It is by no means a measure of national well-being and in fact, since it is entirely fixated on wealth accumulation, it ignores the toll it takes on the environment or on society as a whole.

Tracking the stock market doesn’t offer insights either into how well Americans are doing as they sink deeper into debt, defer having children and reconcile to renting.

For a real sense of the misery out there, you have to surf the regional headlines like the ones earlier this month about the fire in Alpine Motel Apartments, a rundown Las Vegas apartment building that left six dead and 13 injured.

According to published reports, tenants had resorted to using their stoves for heat and the building had been cited for more than 70 fire code violations.

This circumstance is not some one-off, but emblematic of another ignored full blown national crisis, like the health care meltdown chronicled in this space last week.

Consider that more than 30 million housing units in the U.S. “have significant physical or health hazards, such as dilapidated structures, poor heating, damaged plumbing, gas leaks, or lead,” according to the Center for American Progress. “Some estimates suggest that the direct and indirect health care costs associated with housing-related illness or injuries are in the billions of dollars. The condition of housing is even more important for children, the elderly, and people with disabilities who need housing structures that support their particular needs.”

Meanwhile, the cost of taking your chances in a location like the Alpine Place Motel continues to go up, as the scarcity of affordable housing squeezes the families the most who can least afford it.

“As a result, 23 million people in 10.7 million low income American households pay more than half their income for rent, often forgoing necessities, like food or medicine, to keep a roof over their heads,” according to the Center for Budget Priorities. “The federal government considers housing unaffordable if it costs more than 30 percent of a household’s income.”

The reality is that there’s no place in the U.S. where a person making $7.25 an hour – the federal minimum wage — can afford a place to live.

The conveyor belt of American capitalism is broken. It was supposed to advance the fortunes of successive generations of Americans.

Nowhere is this more apparent than in the economic circumstance of millennials whose vote will be decisive in 2020.

“They are shaken by the generational inequality of opportunity and wealth, which greases their uncertainty and incomprehension of this economy,” Rich Benjamin wrote for The Economic Hardship Reporting Project.

He continues: “It’s as though boomers, who enjoyed a traditional means of wealth accrual — debt-free education, homeownership, pensions — have removed the rungs of the ladder for those who come behind, all the while tut-tutting about the supposed irresponsibility and fragility of millennials.”

For generations the Federal Reserve has been charting our economic course based on the twinkling stars of the national unemployment rate and the Gross National Product. Yet, these aggregate abstractions are useless to navigate our 21st century dystopian reality of increasing wealth disparity and diminished social mobility.