Michael Symon learned that certain foods trigger his inflammation and joint pain. He figured out a new way to eat 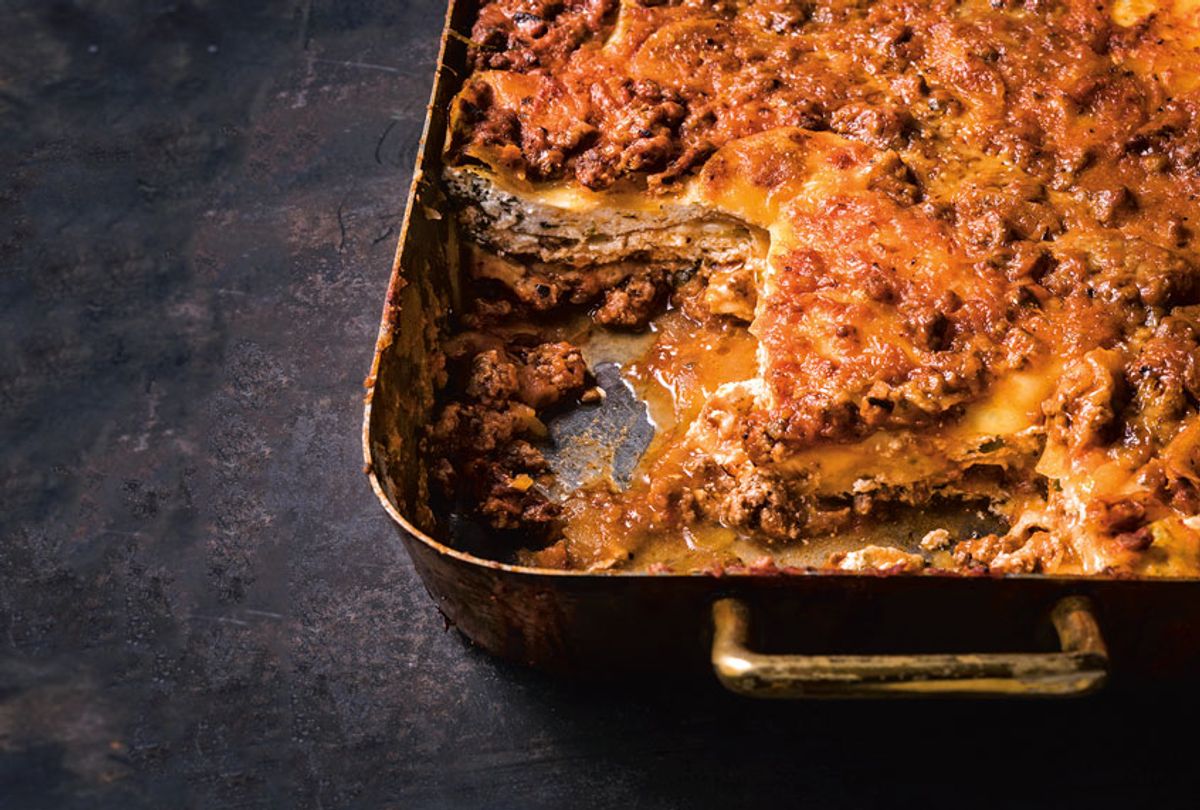 As one of the preeminent chefs in America, James Beard Award winner Michael Symon needs no introduction. You know him from the Food Network as an Iron Chef and the host of "Burgers, Brew & 'Que." Before that, he was the co-host of the long-running ABC talk show "The Chew." A prolific author, his sixth cookbook hit shelves this week.

"Fix It With Food" is no ordinary cookbook. Like "Playing With Fire," his last collection of recipes, it was not borne out of one of his award-winning restaurants. Unlike his "5 in 5" series, the book was not about how he gets food on the table quickly for his family. A former wrestler who was later diagnosed with external lupus and rheumatoid arthritis (RA), Symon writes that he "resigned to the fact that pain (and pain pills) would be a regular part of my life."

Unsatisfied with that resignation, Symon eventually turned to his diet for answers, and he found out that dairy was one of his biggest triggers. After making simple adjustments to his eating habits, he no longer self-medicates.

When he recently stopped by Salon's studios in New York, Symon shared how he developed a recipe for lasagna that actually has no noodles at all. The recipe was borne out of his love for his family. Below is the story, in his own words:

Joseph Neese: The character of your mom comes up a lot in the book, and I can tell how much you love her.

And you've remade her lasagna and her Spanakopita.

So I made the lasagna with potatoes. Before she tasted it, she was just making a lot of faces. She wasn't really happy about it. But then she tasted it, and she was like: "Oh, this is fantastic."

I'm like, "Well, mom, I wasn't going to put something in the book that was honoring you that tasted crappy." So, yes, it's fun doing those kinds of dishes.

But I'm really lucky. My mother is an amazing cook. My father is a very good cook. My grandparents on both sides are amazing cooks. So we honor them a lot in the cookbooks and on the shows And, I mean, I opened a restaurant named after my mother in Atlantic City at the Borgata — Angeline.

Whenever you do recipes kind of honoring your parents or grandparents, it's fun and great. But they also have opinions.

That's what I was going to ask you — if you got the seal of approval on it.

Does the potato hold the moisture in?

Yes, the potato acts almost just like pasta would. When you put it in there and the potatoes start to cook, as opposed to releasing moisture like zucchini, they absorb sauce and moisture. So it works a lot better as a noodle, in my opinion.

Great. I'm going to have to try it out.

You should try it. It'll work. You'll be very happy.

1. Set a large heavy-bottomed skillet over medium-high heat. Add the olive oil and heat to shimmering, then add the ground beef. Cook until well browned, stirring occasionally to break up the meat, about 5 minutes. Drain the fat from the pan. Season the meat with a pinch of salt and a twist of black pepper, stir in the pomodoro sauce, and bring to a simmer. Taste and add salt and pepper if needed. Remove from the heat and set aside.

3. In a large bowl, beat the eggs and then whisk in the ricotta, parsley, oregano, and basil and season with a pinch of salt and a twist of black pepper. Set aside.

5. Coat a piece of foil with cooking spray and set it, sprayed-side down, over the lasagna, crimping down the edges. Place the baking dish on the lined sheet pan and bake until the potatoes are easily pierced with a knife, about 1½ hours. Uncover the lasagna and continue cooking until the top of the lasagna is slightly browned, about 15 minutes. Remove from the oven and let rest for 10 minutes before slicing and serving.