The 10 must-listen podcast episodes of the decade

From the economics behind Chuck E. Cheese brawls to the host of a Heaven's Gate podcast's own cult experience 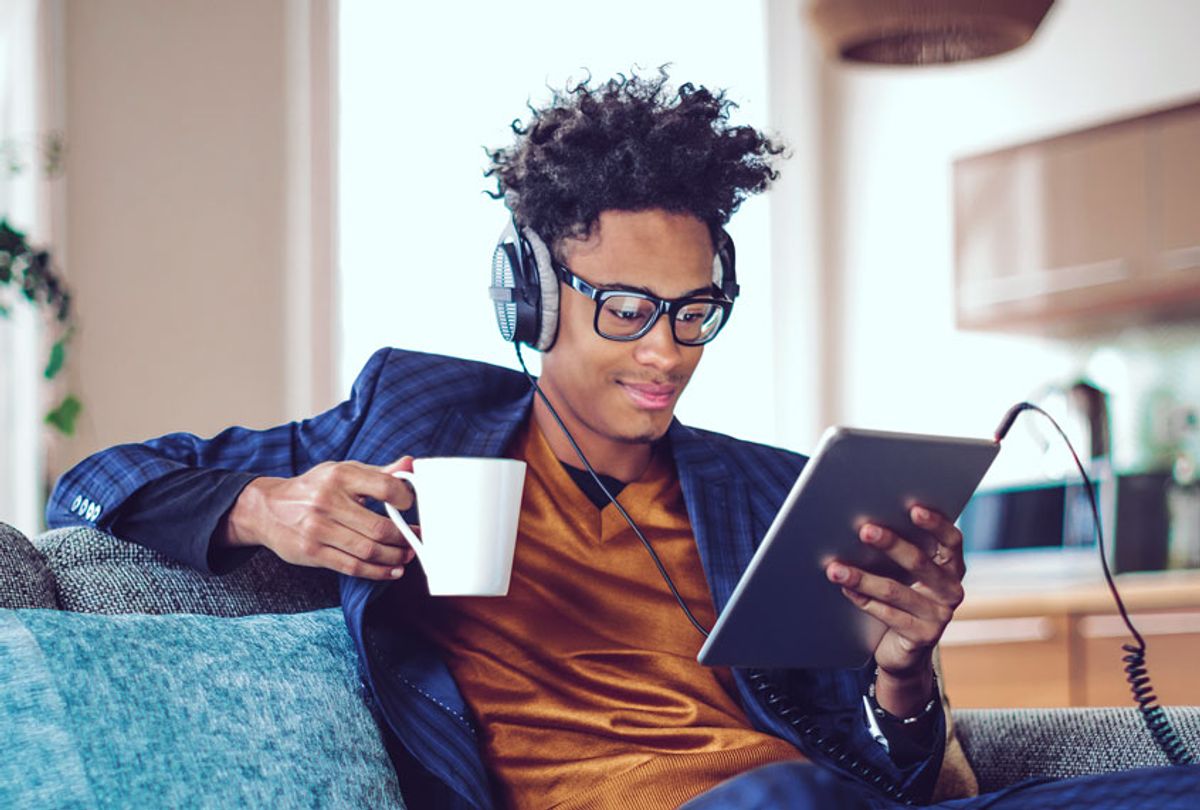 Over the last decade podcasting truly exploded, to the point where both the product and process of creating one have become low-hanging fruit for satirization. And to be fair, I get it; from the ubiquity of Blue Apron and Casper Mattress sponsorship ads — often delivered in uncomfortably hushed tones in the midst of true crime podcasts — to the near-uniform cadence of hosts’ storytelling, a natural extension of “NPR voice” ( a tone that, full disclosure, I tried so hard to master during my few years in public radio), the maturation of the medium over 2010-2019 provided a lot of fodder.

“Portlandia” skewered the medium in season 8, seemingly every finance bro entertains the idea of shouting into an iPhone speaker and uploading the result to SoundCloud, and, as one Twitter user put it, “When a group of men disappoint you that's called a podcast.”

But all kidding aside, in this flooded market, there have obviously been absolute strokes of genius, storytellers who grab your heartstrings and deftly manipulate them for an hour, reporters who make you think about well-known stories in new and unique ways. These are the podcast episodes that I have kept coming back to — over and over again — during the last decade.

Love + Radio: “The Boys Will Work It Out”

This series, which is directed by Nick van der Kolk and produced by Phil Dmochowski and Steven Jackson, originally began in 2005 with the mission of showcasing in-depth interviews that feature an “an eclectic range of subjects, from the seedy to the sublime.” The show is now on its 8th season and has won a ton of awards, namely for its stay-in-the-mind audio production (hinted at with the tagline: “Listen with headphones on.”)

“Love + Radio” has delved into the stories of guests like Jay Thunderbolt, a stay-at-home strip club manager, and a woman named Diane, who has developed the habit of spying on her neighbors through their always-open curtains. These stories push through any shock and skeeviness to reveal stories that are supremely human, which is exactly what makes “The Boys Will Work It Out” simultaneously gutting and heartwarming.

This episode, which centers on Sarz Maxwell, begins with a passage that sounds almost like “Lord of the Rings.” “Fanfiction gets a bad rep,” Maxwell continues. “People think that fan fiction is rewriting Tolkien. That’s not what it is at all. In fanfiction you take the characters and you tell the story that Tolkien didn’t have time to tell.”

From there, the episode unfurls to reveal the community Maxwell has forged through online fanfiction sites, and how those connections have helped her overcome a past filled with abuse and grapple with her own sexuality.

This episode of Freakonomics has been part of my cocktail party conversation starter pack since it I first heard it in 2017. (Also included is the HBO “Beware the Slenderman” documentary.) It starts with a premise that, to me as a woman without kids, just seems absolutely unbelievable: a surprising amount of violence takes place at Chuck E. Cheese’s restaurants.

“The pizza-and-gaming emporium prides itself on affordability, which means its arcade games are really cheap to play,” says the episode description. “Does that lead to kids hogging the best games — and parents starting those infamous YouTube brawls?”

For an interesting exploration into human behavior, kid’s birthday parties and price theory, this episode is a must-listen.

Gravy: “Schnitzel and the Saturn V”

Presented by the Southern Foodways Alliance, Gravy is a high-quality podcast about how the food and culture of the American South intersect in surprising ways. “Schnitzel and the Saturn V” is a perfect introduction to the series; in it, journalist Dana Bialek, explores how Huntsville, Ala., became a hotbed for authentic German cuisine.

Hint: it has more to do with rocket science, than with Southerners’ love of spaetzle.

Racist Sandwich: “A Tortilla Is Not a Blank Slate”

For the uninitiated, “Racist Sandwich” is an especially insightful — and genuinely fun — podcast about race, gender and class within the food industry in the United States and abroad. It brings to the forefront voices and issues that need to be heard, especially in the midst of the food media boom we’ve also seen this decade.

In this episode, the spotlight is on José Ralat, the taco editor at “Texas Monthly” and author of the forthcoming book, “American Tacos: A History and Guide.” We can all agree that Ralat has a pretty sweet job, but he takes it seriously. He and co-host Juan Diego Ramirez discuss everything from the mechanics of making the perfect taco, as well as the gentrification of tacos in the U.S. as well as the cost and labor behind them.

So, a quick scan through the comments on the downloads of this episode of “Radiolab” makes one thing clear: people either love it or hate it. I’m in the “love it” camp. It centers on the town of — you guessed it — Seneca, Nebraska.

This was a dying town that was deeply divided. Initially, the reason seem kind of petty; there was a neighbor who kept horses in his front yard. He, and some of the town, felt that he had the right to do so. Some other townspeople felt the horses needed better care and — perhaps more importantly — that the livestock on the front lawn situation was tacky.

But then, as reporter and producer Simon Adler started digging in, it became apparent that the town’s discord was more deep-seated. Essentially, it amounted to two camps: those who felt the town needed to change to survive, and those who wanted it to stay the exact same. In the midst of all this tension, the townspeople decide to take a vote on whether or not to unincorporate Seneca, which, if successful, would essentially wipe it from the map.

On the surface, this episode is a fascinating (if a little slow) survey of politics in Smalltown America. But the events of this episode took place in 2014, just as the Trump presidential campaign was heating up and the country seemed to become more and more fractured. The analogue is enlightening.

Hosted by Glynn Washington of “Snap Judgment,” “Heaven’s Gate” is a revealing series about why 39 people — all dressed in identical black shirts and sweat pants and brand new black-and-white Nike Decades athletic shoes — took their own lives in an apparent mass suicide in 1997. The event created an understandable media frenzy, and left people across the planet asking “Why?”

Twenty years later,  Washington pieces together what led up to the event and the aftermath by speaking to those who lost loved ones  — and those who still believe. The investigation behind and the production of the series is stellar, but what separates it from other true crime or cult-focused podcasts is in Washington’s deep connection to the subject matter.

Halfway through the series, he hits pause on the narrative and shares details of his own upbringing in a cult. It’s a tough listen — harrowing and heartbreaking at certain moments — but it instills a deeper appreciation of Washington’s pursuit of understanding Heaven’s Gate.

What could compel one of the most vibrant personalities in American media to abruptly become a recluse? This is the question that drives “Missing Richard Simmons,” a podcast by Dan Taberski.

Taberski, a former Slimmons attendee and friend of Simmons, became concerned when the lovable fitness celebrity abruptly shut himself off from the world. He began to investigate in real-time, batting around theories that Simmons was being held captive by his housekeeper or that he was simply ready for a more reclusive life. The result was something like “Serial,” but with more Spandex.

To be clear, “Missing Richard Simmons” is a bit of an ethical minefield from a journalism perspective. If Simmons wants to be left alone, shouldn’t he be? As a whole, the entire series is an interesting study in privacy and publicity. But I find myself returning to this episode — the first of the series — for a few reasons. Taberski so keenly demonstrates the exuberance of Simmons that it makes sense why the fitness personality had such a meteoric rise, and it explains why Taberski would want to spend time searching for his seemingly lost friend (even if the result is challenging).

This episode is a perfect example of what “Mortified” is all about. In it, we hear a story from the perspective of a teenage girl in the 1980s who, after being forbidden from going on dates, resorts to finding love via the phone.

Like “Mortified,” “Lore” is perhaps one of those podcasts that you have to be in a particular mood to enjoy. Each episode centers on nonfiction stories that are scary in the sense that they showcase the dark side of human nature or history, presented in a style that is almost like telling tales around a campfire.

“Echoes” initially took me a few tries to get through simply because the episode is so bleak and startling, but the content is incredibly important. It’s about the Danvers State Hospital, or the Danvers Lunatic Asylum, in Massachusetts. Originally founded in the late 19th century, Danvers initially had a stellar reputation for patient care and inventive treatments, but as the inpatient population began to swell, the quality of care declined.

The living conditions became inhumane; shock therapy, straitjackets and lobotomies became the norm. Patients wandered the halls aimlessly, often naked and soiled with their own waste. They were held there against their will. It eventually earned the nickname “Hell House on the Hill,” and became the inspiration for Arkham Sanitarium in  H.P. Lovecraft’s short stories.

Twenty years ago, Gregor lent some CDs to a musician friend. The CDs helped make him a famous rockstar. (Spoiler alert: It’s Moby.) Now, Gregor would like some credit — or at least the CDs back. This is the plot of the second episode of “Heavyweight,” the podcast in which host Jonathan Goldstein helps subjects deal with past arguments, traumas and feuds.

This episode definitely has some of the cringe-factor that I mentioned enjoying before, culminating in an engrossing cross-country road trip to confront Moby about those CDs that had been borrowed two decades earlier. Through it all, Gregor and Goldstein confront a question that I think probably plagues most of us who see colleagues and former classmates succeed in ways we aren’t: “What does that guy have that I don’t?”