"I'm very suspicious of what the Russians are up to all over the world," the senator says 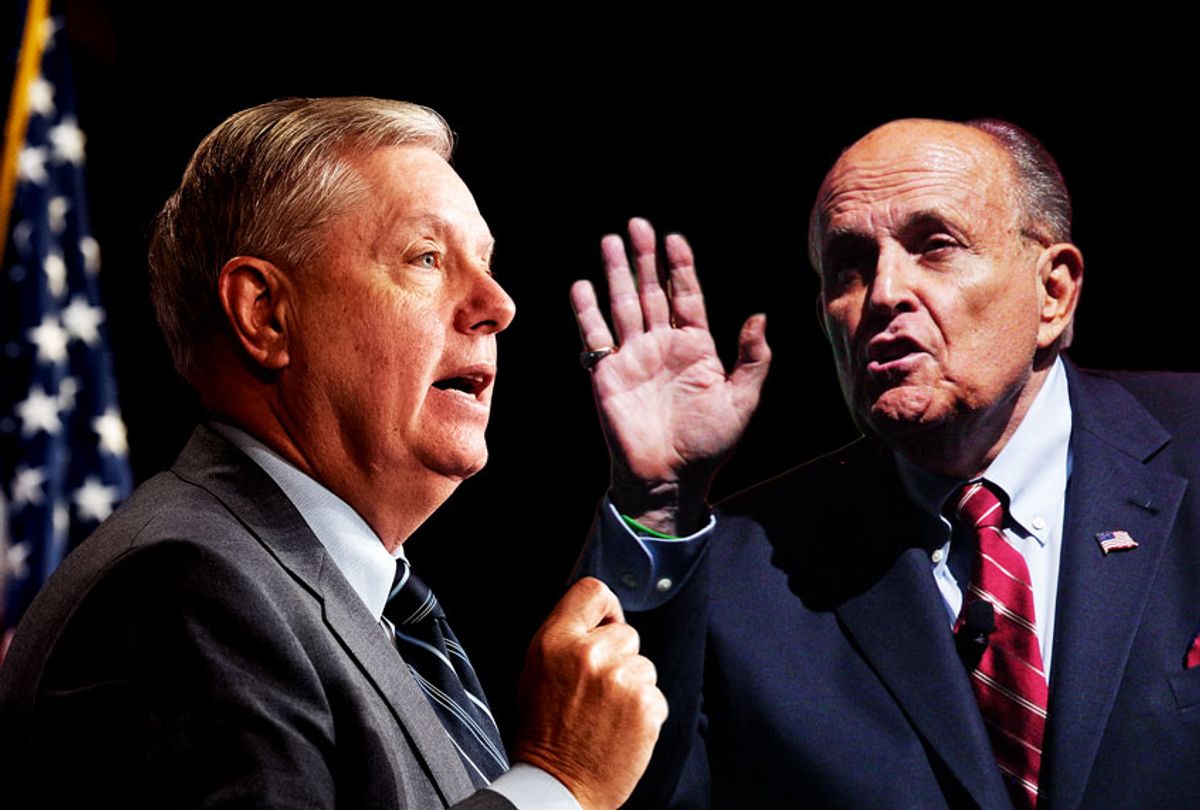 Sen. Lindsey Graham suggested in a recent interview that the information which Rudy Giuliani has claimed to have gathered on Ukraine and former Vice President Joe Biden could be Russian propaganda.

Giuliani, the personal attorney of President Donald Trump, returned last month from a trip to Ukraine with what he characterized as a trove of damaging information on the president's political rivals, but he has yet to reveal any of his findings.

"My advice to Giuliani would be to share what he got from Ukraine with the IC [intelligence community] to make sure it's not Russian propaganda," Graham warned in an interview Sunday with The Daily Beast. "I'm very suspicious of what the Russians are up to all over the world."

At the same time, Graham said that Giuliani had not shared any of the information with him.

Earlier this month, Graham invited Giuliani to testify before the Senate Judiciary Committee, which he chairs, to detail his claims that Biden, one of the frontrunners for the 2020 Democratic presidential nomination, improperly pushed Ukraine to fire its top prosecutor in order to protect his son's business interests. There has been no evidence of wrongdoing by the former vice president or his son, Hunter Biden.

Giuliani and Trump have also promoted the baseless claim that it was Ukraine — not Russia —  that interfered in the 2016 presidential election in spite of the conclusion reached by the U.S. intelligence community. Though he is considered one of Trump's most ardent defenders in Congress, Graham broke with the president earlier this month when he asserted that he was "1,000 percent confident" that it was Russia — not Ukraine — that meddled in the election.

Graham's suggestion that Giuliani's information could be Russian propaganda is notable given that the senator has already launched an investigation into the Bidens.

Earlier this month, the House of Representatives voted to impeach Trump over his dealings with Ukraine, making him only the third U.S. president in history to face removal by the Senate for "high crimes and misdemeanors." The House voted to approve two articles of impeachment: abuse of power and obstruction of Congress.

At the heart of the charges are allegations that Trump sought to leverage a White House meeting and millions in military aid sought by Ukraine to combat Russian aggression to pressure Ukrainian President Volodymyr Zelensky into opening an investigation into Biden and his son, as well as a probe of a baseless theory that Kyiv conspired with Democrats to interfere in the 2016 election.

Graham is one of several senators who is allegedly attempting to distance himself from Giuliani ahead of a likely impeachment trial in the Senate. The Daily Beast reported that other senators were "actively" avoiding meeting with Giuliani, because they fear he will disseminate Russian conspiracy theories as fact.

"Rudy Giuliani long ago lost any shred of credibility, especially after the dossier he assembled for the State Department stunningly mirrored Russian propaganda," Sen. Bob Menendez, D-N.J., told The Beast.

Giuliani has denied his information is Russian propaganda.