“He waits until the fields are tended . . . then discards them like a used paper bag" 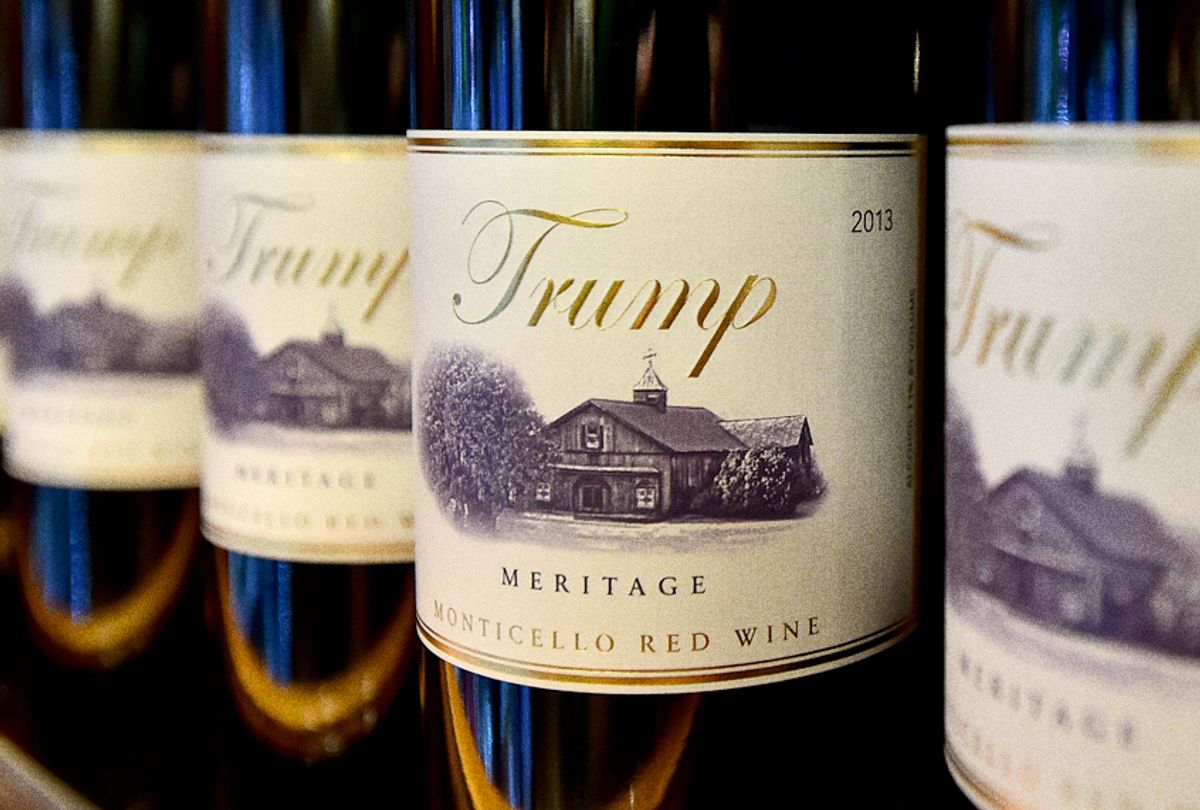 The Trump Winery in Virginia fired seven undocumented workers nearly a year after the Trump Organization vowed to ensure that it would not use undocumented labor, The Washington Post reports.

The firings came 11 months after the company pledged to root out undocumented employees following a series of reports detailing an extensive use of undocumented workers at Trump Org. properties despite President Donald Trump’s tough stances on immigration.

Two of the fired workers claimed that the company retained them until the year’s work was complete, “taking advantage of their labor for as long as possible.”

“They didn’t make this decision in the summer, because they needed us a lot then,” Omar Miranda, a Honduran native fired from his job as a tractor driver, said.

“I think they wanted to get their product out, well the grapes, to make sure that was taken care of, and once things were slow, they could fire us all,” a second fired worker whose name was not disclosed told The Post.

The Trump Org. did not say why the workers were retained for nearly a year after the company vowed a crack down.

“Consistent with our efforts, we will immediately terminate any individual who has provided fake identification in order to unlawfully gain employment,” the company said in a statement to The Post.

But the company allegedly did not fire the workers after it vowed to use E-Verify checks to ensure employment eligibility and fired 18 undocumented workers from five Trump properties in New York and New Jersey in February.

Anibal Romero, an attorney who represents many of the fired workers, told the outlet that “Donald Trump has known about these workers for months.”

“He waits until the fields are tended, grapes picked, wine made,” Romero said. "He then discards them like a used paper bag: 'Happy New Year, you’re fired.'"

The Post interviewed at least 49 people who illegally worked for the Trump Organization at 11 of its properties. Many of the employees worked there for years, and in some cases, for nearly two decades.

Miranda told the outlet that he spent many anxious months expecting to be fired after the Trump Organization’s use of undocumented workers was reported, though none of his supervisors said anything. He said he even received a $500 prize from Eric Trump, who oversees the winery, during a holiday raffle in December.

Miranda said he was called to his boss’ office on Monday, and he provided a recording of the exchange to The Post.

“So, when we looked at your forms and documents, some of the documentation did not seem genuine or was insufficient,” Kerry Woolard, the winery’s general manager, told Miranda. “Do you currently have legal permission to work in the United States?”

“So, unfortunately, this means we have to end our employment relationship today,” Woolard replied. “We’re very sad. You’ve been wonderful. If your employment status ever changes, you’re welcome back, of course.”

Miranda told the outlet that he was hired by Trump Org. in 2013 using fake documents.

“The papers one uses — they know it’s something illegal,” he said. “The owner knows. The winemaker knows.”

Romero claimed to The New York Times that the undocumented workers at Trump’s properties have long been an open secret.

“He’s benefited from undocumented labor for a very long time,” he alleged.

At the same time, Romero claimed that the conditions at the Trump Winery were so bad that being fired might not have been the worst thing.

“These workers have been there for many years,” Romero told the outlet. “It’s sad to hear about their firing, but many of them have been able to move on and get better paying jobs. At first, when you hear about them, you feel bad. But then you realize that maybe it wasn’t the best environment to work in.”