The strike on Suleimani means that impeachment shouldn’t go forward in the first place, according to Stuart Varney 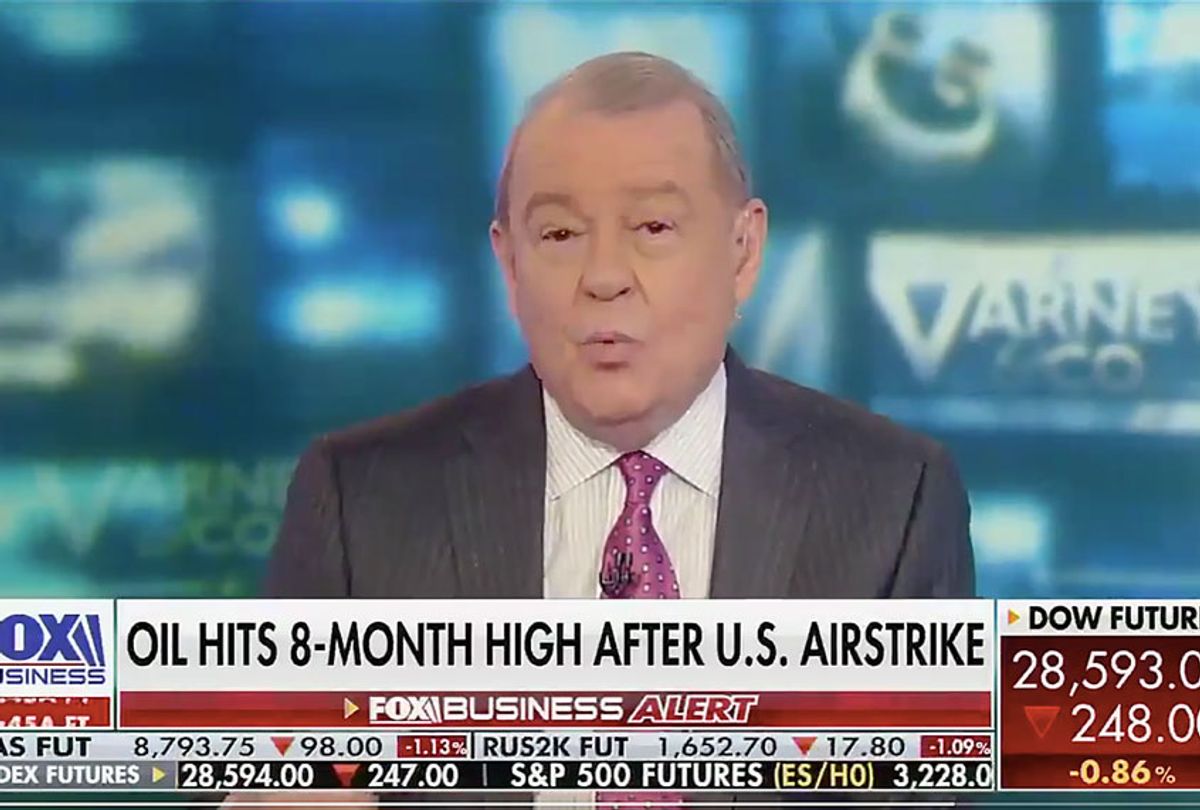 The massive uproar over President Donald Trump’s decision to take out Iranian military leader Qassim Suleimani, and fears that Iran may retaliate in a series of escalations that could lead to all-out war, has pushed the impeachment proceedings out of the headlines for the time being.

But Fox Business host Stuart Varney went even further — according to him, the strike on Suleimani means that the impeachment shouldn’t go forward in the first place.

“Where does it leave impeachment?” asked Varney. “Are we now going to try to impeach and remove from office the commander-in-chief who’s just taken out one of the world’s leading terrorists? That’s quite a question, I suggest.”