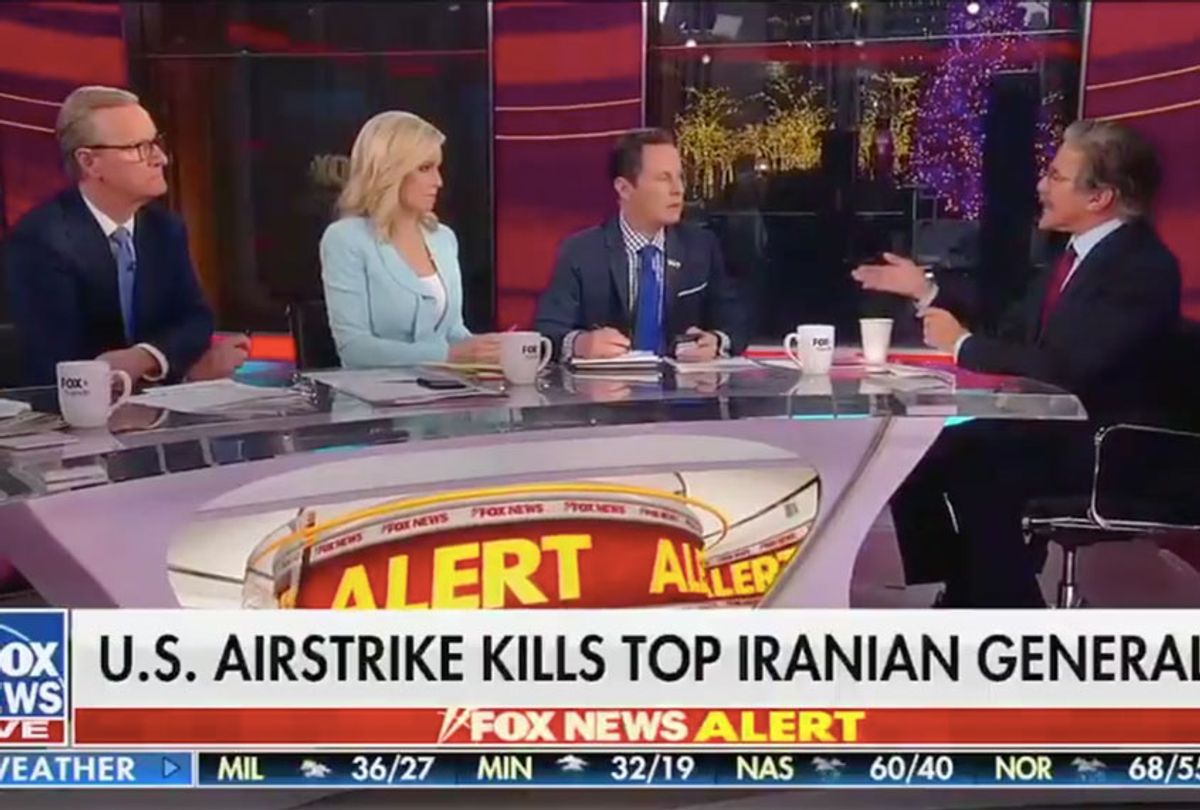 Rivera started off by praising President Donald Trump and the American military for securing the American embassy in Iraq after it was besieged by protesters this week, but then he warned that Trump had squandered this victory by ordering the killing of Suleimani, which he said would be seen as a major escalation by the Iranians.

“I will cheer it on,” Kilmeade replied. “I am elated.”

“That is not true, and don’t even say that!” Kilmeade defensively replied.

Kilmeade then tried to guilt Rivera into supporting war with Iran by bringing up the hundreds of American soldiers that had been killed by militias trained or commanded by Suleimani.

“What about the tens of thousands of Iraqis who have died since 2003!” he said.