Some of the pardons have the "appearance of impropriety or corruption," Democrats say 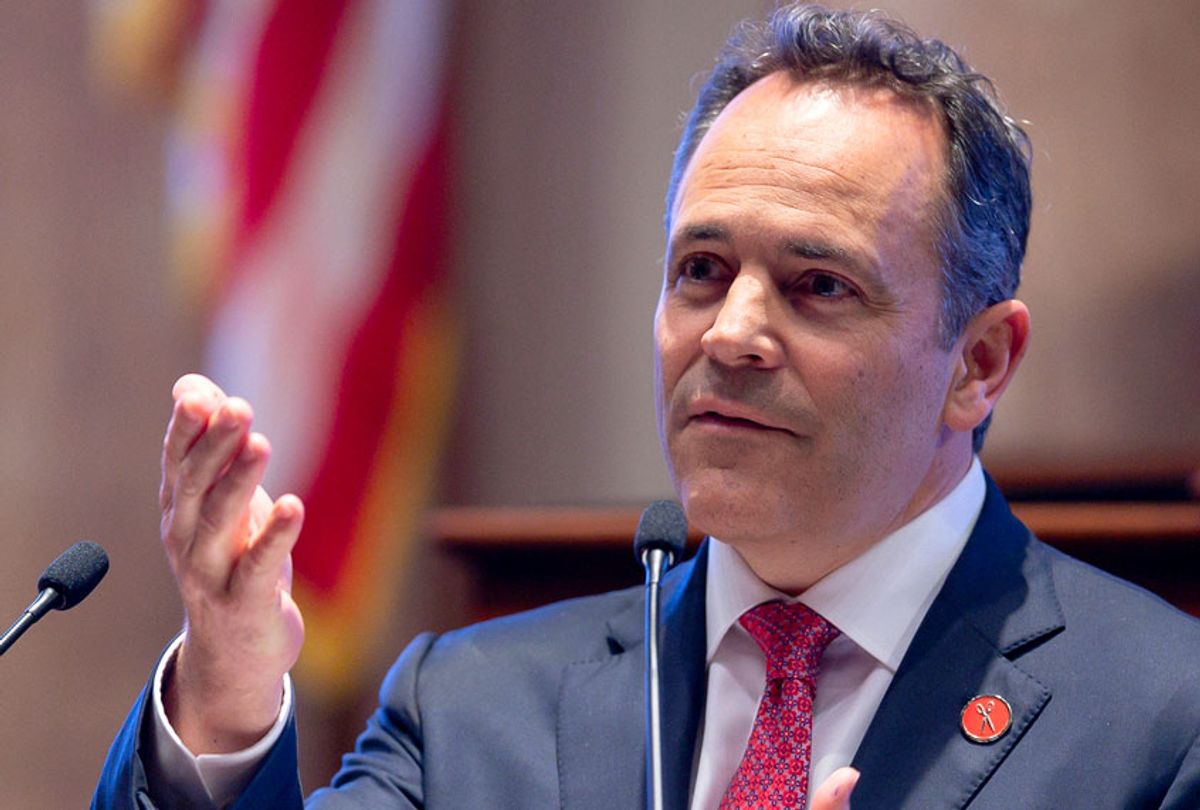 "I stand by the outstanding work of Kentucky's prosecutors and respect the decisions of juries who convict wrongdoers," Cameron, also a Republican, wrote in a letter to Democratic lawmakers on Monday, according to the Louisville Courier-Journal. "While Kentucky's Constitution gives the governor the power to pardon a person convicted of a crime, I believe the pardon power should be used sparingly and only after great deliberation with due concern for public safety.”

The letter was a response to state Rep. Chris Harris and state Sen. Morgan McGarvey, who called for the attorney general to investigate the pardons.

"We want to thank Attorney General Cameron for formally requesting that the FBI investigate former Governor Matt Bevin’s recent pardons," the two Democrats said in a joint statement to The Courier-Journal. "As we wrote in our letter to the attorney general last month, a governor may have broad pardoning powers, but there must be further scrutiny by law enforcement when there is an appearance of impropriety or corruption."

“I am particularly concerned about the risk to the public by those previously convicted of sex offenses, who by virtue of the state pardon will not fall under any post-release supervision or be required to register as sex offenders," Coleman said Monday, according to The Courier-Journal.

Bevin came under fire for pardoning or commuting the sentences of more than 650 people after losing his re-election bid in November. Though criminal justice advocates applauded Bevin for pardoning hundreds of nonviolent drug offenders, several controversial pardons drew scorn from Democrats and Republicans alike.

In one case, Bevin defended the pardon of Micah Schoettle, who had just begun serving a 23-year sentence after being convicted of raping a 9-year-old girl, by citing a debunked myth that the rape was disproven by the fact that the victim’s hymen was intact. Bevin’s defense came under fire from medical experts.

Bevin also pardoned convicted killer Patrick Baker, whose brother hosted a fundraiser for him and whose pardon was pushed for by top Kentucky Republican donor Terry Forcht, according to The Courier-Journal.

Bevin argued that the evidence against Baker was “sketchy at best,” even though the judge who sentenced him said that he had “never seen a more compelling or complete case . . . The evidence was just overwhelming.” The Kentucky Court of Appeals upheld Baker’s conviction a year ago, writing in a unanimous ruling that “Baker’s guilt was overwhelming.”

"It's clear there was political favoritism involved in these pardons," McGarvey told The Courier-Journal. "We have got to find out if the pardon power was abused and possibly sold to restore the public's trust in the system."

Bevin said he welcomed an investigation into the cases and alleged that his critics would be the ones who end up prosecuted.