“These were threats that were located in the region,” Pompeo told CNN when pressed about threats to the homeland 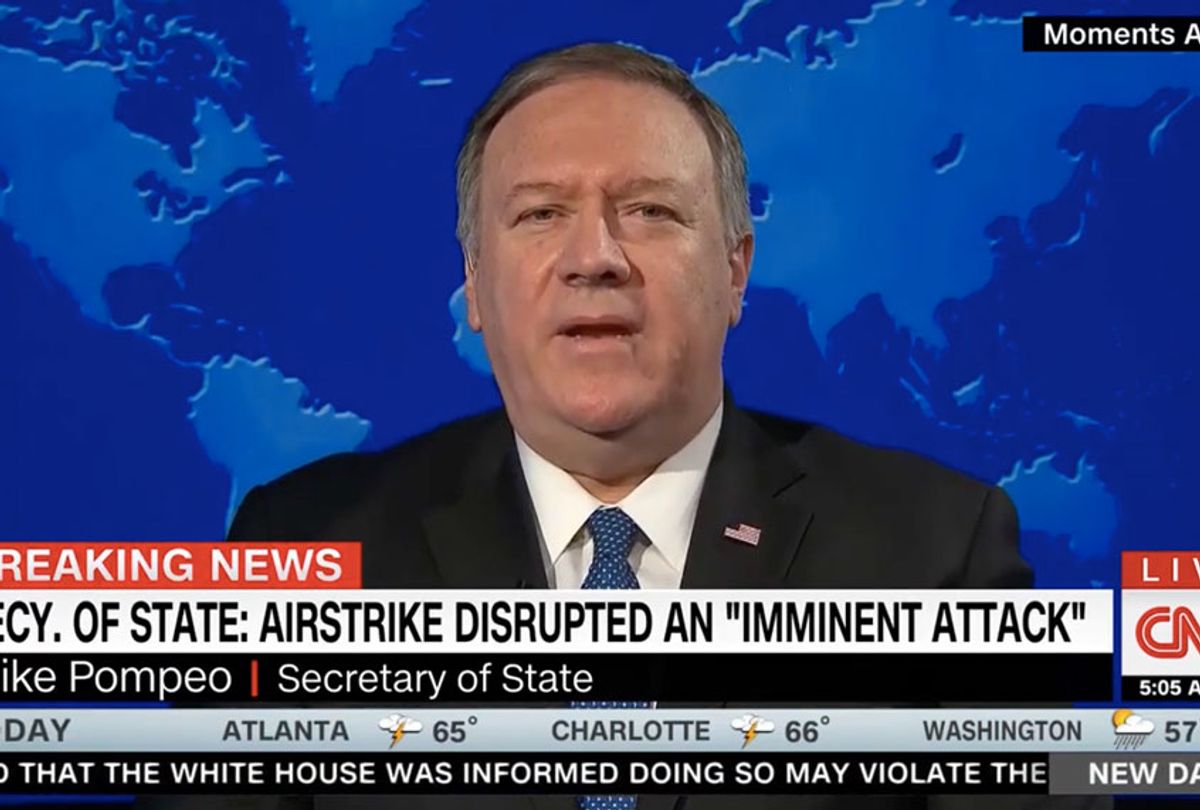 Mike Pompeo speaking on the US Airstrike in Iraq (CNN)
--

Given the potential enormous risks of destabilizing the region, the Trump administration needed a strong justification for launching the strike that killed infamous Iranian military leader Qassim Suleimani. But when Secretary of State Mike Pompeo appeared on CNN to defend the strike, asserting that Suleimani posed an imminent threat, he struggled to respond to some of John Berman’s questions.

“[Was there a] specific target overseas?” asked Berman.

“I’m not going to say anything more about the nature of the attack, but know this was not just in Iraq,” said Pompeo. “It was using the proxy forces he has manipulated for so long to bring so much destruction to the Shias, Sunnis and Muslims throughout the region. He inflicted harm not only on American lives but created terrible activities supporting Hezbollah, Hamas. Qassim Suleimani was at the center of all of it.”

“Any imminent threat to the U.S. homeland?” Berman pressed him.

“These were threats that were located in the region,” said Pompeo.

“When I ask about the timing, the reason I’m asking is because General Suleimani, as you well know, has been an enormous threat to the United States and U.S. interests for decades.”

“We’ve heard from Iraqi leaders so far condemning the U.S. action,” said Berman. “We heard from a French official this morning putting out a statement saying that the world is less safe following the killing of General Suleimani. And the concern there, no one is saying General Suleimani was a good actor. He was a bad actor. What they’re suggesting is the destabilization will create a threatening environment. When you hear from France, the world is a less safe place this morning, how do you respond to that?”

“Yeah, well, the French are just wrong about that,” said Pompeo. “The world is a much safer place today. And I can assure you Americans in the region are much safer today after the demise of Qassim Suleimani . . . the Iranian people know that America is a force for the good in the region.”