From adolescent relationships to miscarriage, these graphic novels explore the pain and joy of life 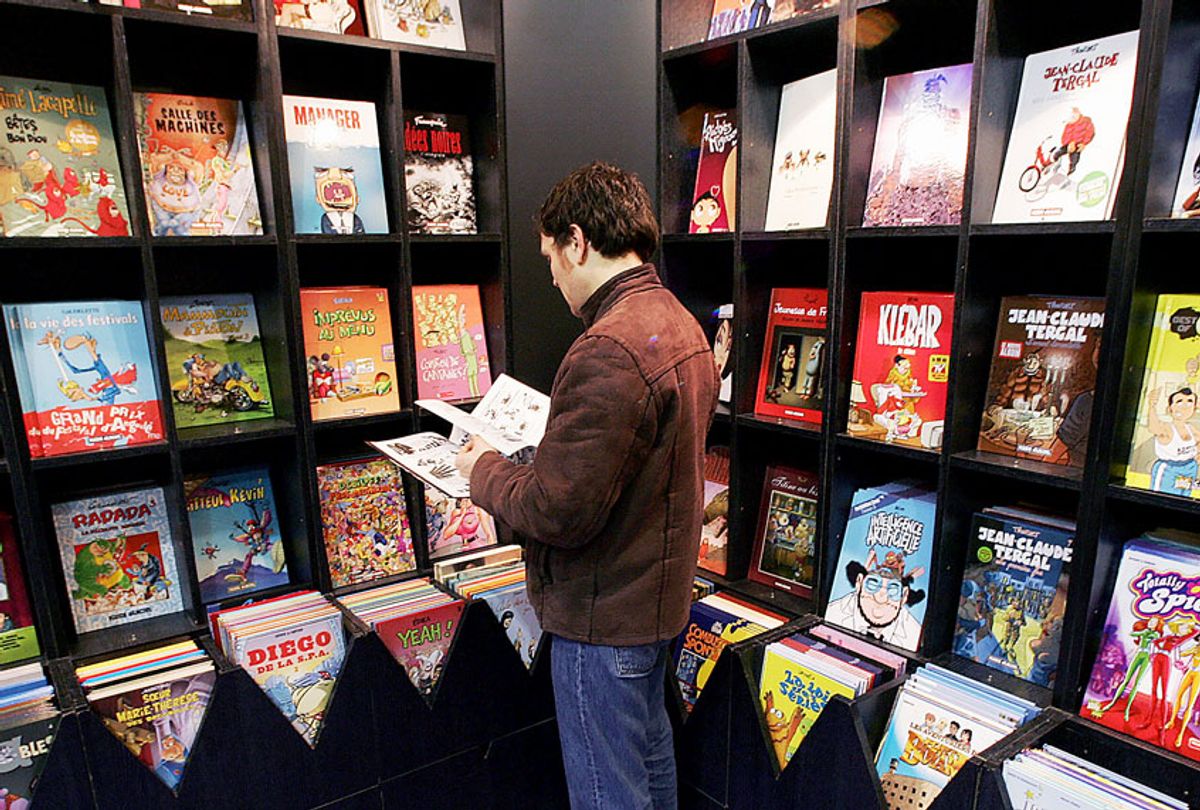 A man reads a comic book at the International Comics Festival in Angouleme southern France. (PIERRE ANDRIEU/AFP via Getty Images)
--

In 2019, I think we finally saw a greater general appreciation for how the graphic novel can be used to tackle tough topics, as evidenced by the fact that we saw not one, but multiple comic-based adaptations of the Mueller Report.

In reviewing my reading from the past year, I realized that my consumption of the genre tended towards graphic novels that used illustration — and all its inherent possibilities — to parse out what makes us human. Which is, arguably, the most complicated topic of all.

If you missed these graphic novels in 2019, definitely make them a part of your new year’s reading list.

"Is This How You See Me?" by Jamie Hernandez

Initially released over the summer, I recently pulled out this graphic novel again because its plot is especially relevant during the holiday season, this time of year when we come face-to-face with our hometowns, longtime friends, and who we used to be.

Best friends (and former on-again, off-again lovers) Maggie and Hopey leave their significant others at home and take a weekend road trip to go to a punk scene reunion in their old neighborhood. They are apprehensive — rightfully so, it turns out — about jumping back into the cliquishness of the once tight-knit group. In a true-to-life exploration of how our relationships develop and change, despite some things always staying the same, “Is This How You See Me?” is  92 pages of irony, bloodied noses, and mosh pits.

"Laura Dean Keeps Breaking Up With Me" by Mariko Tamaki

I’ll be honest, when I first saw this book on the shelves, I thought the title read: “Laura Dern Keeps Breaking Up With Me,” which seems like it would be something of an illustrated celebrity tell-all from the perspective of her ex-husband. The real version has the same amount of drama, but arguably more heart than the fictional book I’d seen.

In it, Frederica “Freddy” Riley is a 17-year-old lesbian who is absolutely enamored with the “cool girl,” Laura Dean. We start the book after their most recent breakup, and find out that this is a pattern; Freddy will go back to Laura, again and again. Until she doesn’t.

“Laura Dean Keeps Breaking Up With Me” is a bittersweet, and eventually heartwarming, comic that normalizes queer adolescent experiences and reminds us all to search for the love we deserve.

“Waves” is a graphic novel that blends soft, almost ephemeral imagery with the stark, under-discussed topic of infertility and miscarriage. Based on Chabbert’s real-life experiences, the book follows a young couple as they try to get pregnant; they eventually do, but their joy is soon replaced with heartbreak. In the wake of their loss, the two must heal — both personally and as a couple — while also coming to grips with the reality that they may never be able to conceive.

The book is deeply, brutally honest in its exploration of pain, and poignant in its promise of eventual glimmers of hope.

In this graphic memoir, Takei — who is known worldwide for both is role as Sulu in "Star Trek," as well as his civil rights engagement — reveals the story of his family’s incarceration during the internment of Japanese Americans during World War II. The book begins as Takei is woken with a start; he is five, his father has shaken him awake, and there are soldiers standing in the doorway of the family’s Los Angeles home.

The soldiers instruct them to pack a bag and board a bus, and then take a train to the Rohwer Relocation Center in eastern Arkansas. There, under the watch of armed guards, they made furniture from scraps of wood, ate unfamiliar food, and watched as rainstorms turned the camp into a mud pit.

In a year during which we’ve seen footage of children separated from their parents at the border, kept in cages, “They Call Us Enemy” is a sad reminder that history repeats itself, but pushes readers to act for a better future.

In “Pittsburgh,” Santoro — who is the author of the novels “Storeyville” and “Pompeii” — uses his signature lush style to paint the Rust Belt city with vivid color. Using Pittsburgh, and more specifically his childhood street, as a lens, he explores the complicated answer to a simple question: how did his parents go from being high school sweethearts to never speaking to each other (despite the fact that they work in the same building)?

Santoro pieced together this book with a variety of media — markers, pencils, scissors and tape — and uses scraps of memories, overheard conversations and heart-to-hearts to try to understand how something so vibrant can just fade.

All Salon Best Of Comic Culture Editor's Picks George Takei Graphic Novel Is This How You See Me? Jamie Hernandez Laura Dean Keeps Breaking Up With Me List Mueller Report They Called Us Enemy Waves