She survived world wars, anti-Semitism, and decades of exposure to pioneer radiochemistry 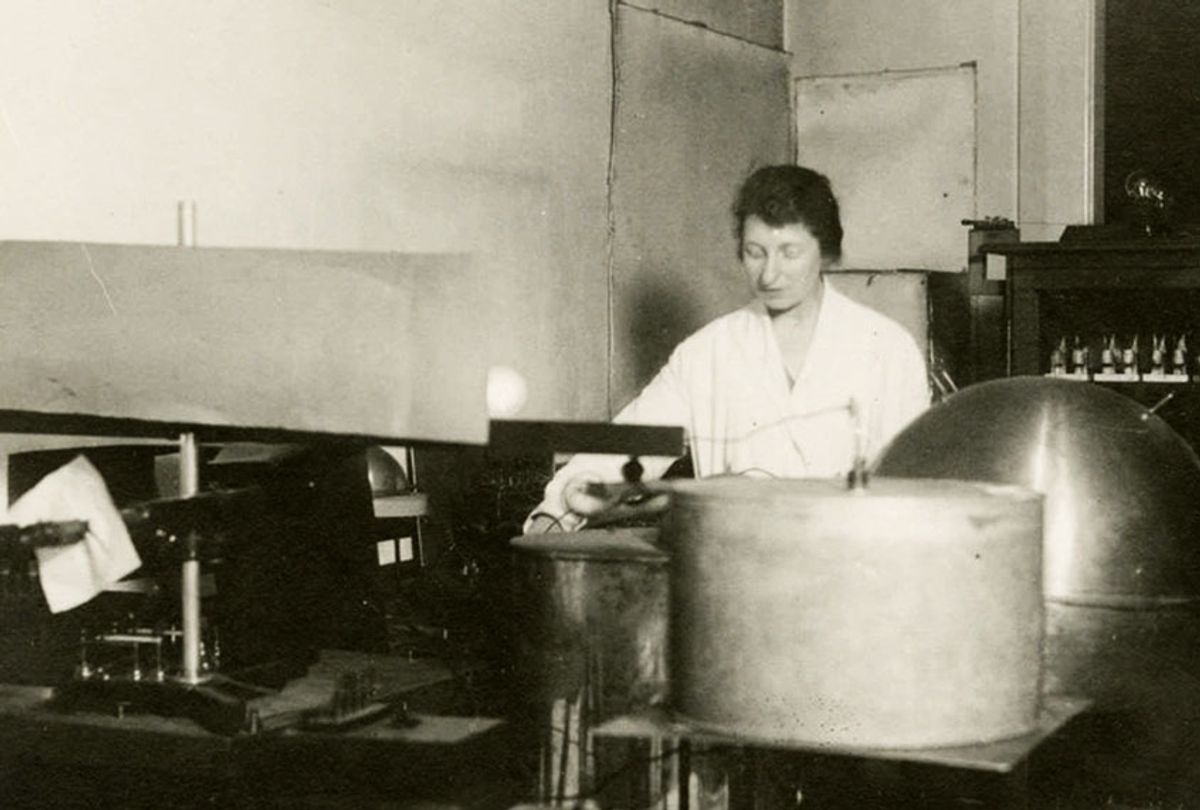 The scientist Elizabeth Rona in about 1925 at the Radium Institute in Vienna. Through her work, the world would learn how radioactivity could be used as a clock in studying the earth’s history, informing the modern practice of geochronology. (Hans Pettersson Archive/Gothenburg University Library/New York Times)
--

Elizabeth Rona’s work taught us fundamental details about atoms. Her preoccupation with the radioactivity of seawater and ocean sediments revealed the hands of a clock, stretching back eons. She did all this despite having to start over every few years, moving from place to place as she fled political upheaval and chased new research opportunities.

For the Ronas, radiation was a family affair – Elizabeth’s father Samuel helped bring radium therapy for cancer to Budapest. Initially, Rona wanted to be a physician like her father. However, while he was supportive of her interest in science, he dissuaded her from studying medicine, believing that the work would be too difficult for a woman. Rona “settled” for chemistry, geochemistry, and physics, receiving her PhD from the University of Budapest in 1912.

Following an 8 month stint in Germany under radiochemist Kasimir Fajans, Rona returned to Hungary during World War I to work with George von Hevesy, a chemist researching how isotopes, radioactive versions of elements, could be used to study chemical reactions.

Rona and von Hevesy tracked how radioactive tracers moved in different materials, and used that information to predict the size and behavior of atoms. Long after Rona left his lab, von Hevesy would be awarded the Nobel Prize for his work on these tracers, recognizing their importance in studying metabolism and in diagnosing conditions like cancer and heart disease. The collaboration with von Hevesy established Rona as a key figure in the radioactivity community.

The collapse of the Austro-Hungarian Empire following World War I lead to political upheaval and violence as communists and nationalists fought for control. As a Jewish member of the academy, Elizabeth Rona was an enemy to both sides – the communists hated the notion of an ivory tower, and the nationalists were suspicious of Jews, who they associated with the communist leadership.

In 1921, radiochemist Otto Hahn offered her a position at the Kaiser Wilhelm Institute, and she soon left for Berlin. Like Rona’s previous mentor, Otto Hahn would also receive a Nobel Prize long after she left the lab, this time for the discovery of nuclear fission, the reaction that fuels the atomic bomb. Hahn’s female colleague in the fission research, Lise Meitner, was snubbed.

Rona’s new job was to isolate “ionium,” a mysterious substance that was suspectedof being new element. Unlike those that had failed before her, Rona proved “ionium” was simply an isotope of thorium. Still, in the early days of nuclear chemistry, confirming the existence of thorium-230 was still a major contribution.

Though Rona had fled Hungary for Germany only a few years earlier, the latter was only marginally better off, gutted by war and struggling under the terms of the Treaty of Versailles. With the situation in Hungary improving, Rona briefly returnedto her homeland to work as an industrial chemist at a textile plant. She developed a method to turn flax into a burlap-like material, a practical reaction for a sputtering economy.

Rona then took a position at the Radium Institute in Vienna under its director, Stefan Meyer. She worked on several lines of research while there, but her most famous work focused on developing polonium as an alternative radioactive material to radium.

Radium was central to early studies of radioactivity. Scientists would expose individual atoms to its radiation and watch what happened next to understandquestions of fundamental atomic physics. However, radium was rare and expensive, hampering scientific progress as labs jostled over limited supplies.

Because of this limited access to radium, researchers were on the hunt for an alternative that could produce similar types of emissions to spur on chemical reactions. Polonium, a strongly radioactive metal that produced the same type of radiation as radium, fit the bill.

Meyer sent Rona to the Curie Institute in Paris, where she studied polonium purification with Irene Curie (later Joliot-Curie, the daughter of Marie and Pierre Curie, who would go on to win a Nobel Prize in Chemistry in 1935). Having learned from the heir of the first family of radioactivity, Rona returned to the Radium Institute with a small disc of polonium (donated by Joliot-Curie) that she used to create lab specimens of polonium, enabling much of the Institute’s subsequent research. Preparing polonium samples made Rona an asset to high profile labs, and she leveraged her skills to find new opportunities for collaboration.

Aside from polonium extraction, Rona’s other main area of interest was understanding the radioactivity in seawater. She made yearly trips to the Bornö Marine Research Station in Sweden, where she studied how radioactive elements behaved in marine environments.

By the late 1930s, the situation in Europe was quickly deteriorating. Rona left her position at the Radium Institute and returned to Budapest to work in an industrial lab. She took on string of temporary positions in Sweden, Norway, and then Budapest again before fleeing to the United States on a visitor’s visa.

Once stateside, Rona secured a prestigious Carnegie Fellowship to continue her work on the radioactivity of seawater and sediments. Her 1942 study showed that the ratio of radium to uranium was lower in seawater and higher in river water. This work caught the attention of the Manhattan Project.

The U.S. military needed polonium – and lots of it – to trigger the fission reaction of atomic bomb. Rona gave the United States her methods for concentrating polonium, for free. The polonium was also used in series of experiments conducted by the U.S. government to understand the effects of radiation on the human body.

Rona herself lived an unusually long life for an early radioactivity researcher, outliving many of her colleagues who suffered from cancer and other ailments linked to the hazards of their work. In her 1978 book, How It Came About, Rona credited her careful lab practice – masks, gloves, and other protective gear – for shielding her from the worst effects of radiation.

Rona moved to the Argonne National Laboratory outside Chicago in 1947, and then joined the teaching staff at the Oak Ridge Institute of Nuclear Studies, Tennessee, in 1950. She continued to study the radioactivity of seawater. Uranium, she found, was relatively constant in oceans across the world. Thorium, the element she’d unmasked decades earlier, sunk to the bottom. These were the hands of the radioactive clock.

Over thousands of years, uranium in the ocean slowly and predictably breaks down into thorium, which then settles in the seafloor. This process is so reliable that scientists can date ancient reefs and deep-sea sediment cores by how much thorium they contain. The modern practice of geochronology, buoyed by Rona’s illustrious career, has been fundamental in mapping historical sea levels and tectonic plate movement.

Rona retired from the Oak Ridge Institute in 1965, and then moved to the University of Miami, where she held a professorship in oceanography position for a decade before retiring again in 1976. She returned to Tennessee and finally settled down to publish her book.

Elizabeth Rona, the wandering polonium woman, was in demand wherever she went. Over the course of her six decades in research, she saw the evolution of the strange new science of radioactivity into an established field of study, capable of producing experimental tools and weapons of war. She died July 27th, 1981 in Oak Ridge, Tennessee.