“It was an emotional thing" to see Fisher's daughter play a body double for Leia, said ILM VFX supervisor 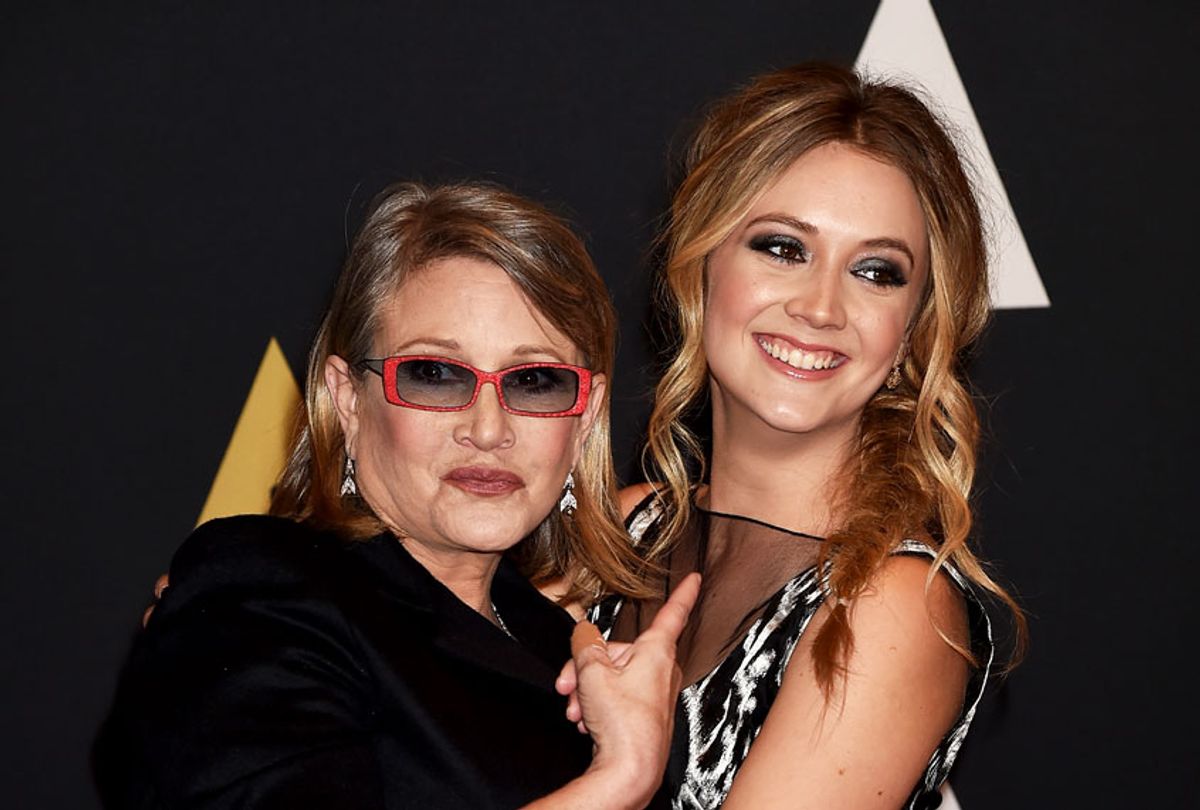 A recent interview revealed that Billie Lourd, the daughter of late actress Carrie Fisher, stood in as a body double for her mother during a crucial scene in “Star Wars: The Rise of Skywalker.”

“It was an emotional thing for everybody to see her in that position,” ILM Visual Effects Supervisor Patrick Tubach told Yahoo! Entertainment in an article published on Tuesday. “. . .  There are a lot of similarities between them that we were able to draw from. The real challenge was just making the Leia footage we had to work with fit in that scene.”

The scene, which drew from footage from “Star Wars: Return of the Jedi,” showed a young Luke Skywalker (Mark Hamill) training his sister Leia Organa (Carrie Fisher) in the ways of the Force. While Hamill played himself during that flashback scene and had his face digitally de-aged, Fisher’s face was digitally added to her daughter’s body so that the scene would be visually convincing.

“The idea was to provide this great surprise where they take the helmets off, and you see Luke and Leia’s younger faces,” explainedvisual effects supervisor Roger Guyett. “We scoured outtakes from the original movies, and we took some pieces and then had to try and figure out the technical aspect of putting that shot together.”

Guyett was uncertain as to whether Fisher’s face would again be used in a “Star Wars” movie.

“The truth is that Carrie was a friend of J.J. ,and Billie is a friend of J.J. They talked a lot about that, and I think the heart of it is the utmost respect for Carrie and her memory and her performance,” Guyett said. He also emphasized that the filmmakers wanted to be respectful to Fisher, explaining that “when you see her in this movie, it's the live-action element of her face taken from outtakes of either "The Force Awakens" or "The Last Jedi," and then building a digital Carrie around that face. She's wearing a new costume, she's got new hair, she's got new jewelry. We didn't want it to feel like we'd simply taken previous shots from previous movies just edited her in; we wanted her to be unique to this movie, and we wanted her to be integrated into the scenes.”

“The Rise of Skywalker” had a difficult task ahead of it when it came to incorporating the Leia character into its story. Fisher unexpectedly passed away in 2016, even though the film was scheduled for a 2019 release date. In my review for the film, I noted that director J. J. Abrams “deserves particular credit for finding ways of integrating the existing footage of Fisher, who passed away in 2016, into the plot of this film. While this may not have been the character arc they had planned for Leia, one could easily watch this movie and not have guessed that Fisher had died three years before its release.”