Tech industry layoffs rose 351 percent in 2019. Is a recession looming?

The enormous year-to-year increase in layoffs could be prophetic, some fear 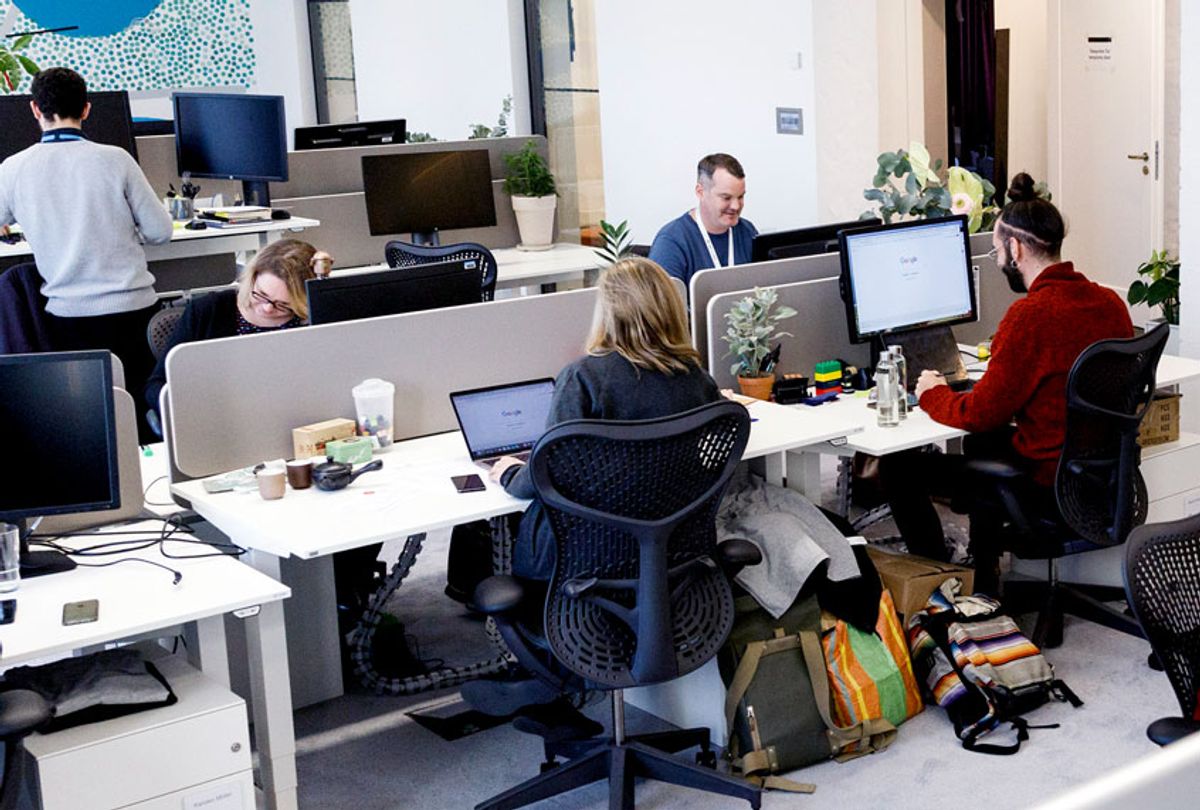 President Donald Trump loves to tweet that the “economy is booming,” to which the surfeit of recently laid-off tech workers might reply “Okay, Boomer.”

A new analysis of job data by the outplacement and coaching firm Challenger, Gray & Christmas noted that technology companies announced 64,166 job cuts in 2019. That number is an astonishing 351 percent increase from 2018, when there were 14,230 job cuts in the industry.

Analysts say this could be partly related to the U.S-China trade war.

“The sectors with the highest number of cuts this year were all dealing with trade concerns, emerging technologies, and shifts in consumer behavior,” Andrew Challenger, Vice President of Challenger, Gray & Christmas, Inc., said in a press release.  “We tracked a lot of hiring activity in these industries as well as cuts.”

According to the data, job cuts in December 2019 decreased for the second month in a row, to the lowest total since 27, 122 cuts were announced in July 2018. Yet for the decade of the 2010s, 2019 ranks as the fourth-highest year for job cut announcements.

“Confidence was high heading into the last month of the year,” Challenger wrote. “With some resolutions occurring in the trade war and strong consumer spending in the fourth quarter, companies appear to be taking a wait-and-see approach as we head into 2020.”

According to the data, most job cuts across industries were due to restructuring, trade difficulties, tariffs or bankruptcy.

Indeed, 2019 was dominated by headlines about lay-offs among Silicon Valley startups and established tech companies alike. Many of them involved gig economy platforms, a type of tech company that seeks to replace existing service industries with armies of on-demand contractors who often make less than minimum wage and rarely receive benefits.

Last spring, dog-walking startup Wag, exemplary of the gig economy trend, experienced lay-offs. The same happened last year with contractor-reliant Uber, which laid off 2 percent of its workforce in restructuring.

“We all have to play a part by establishing a new normal in how we work: identifying and eliminating duplicate work, upholding high standards for performance, giving direct feedback and taking action when expectations aren’t being met, and eliminating the bureaucracy that tends to creep as companies grow,” Dara Khosrowshahi, Uber’s CEO, explained in an email to employees.

Likewise in 2019, the bubble burst for glorified real estate company WeWork, resulting in 2,400 employees around the world losing their jobs. Oracle and PayPal laid off employees last year as well.

The layoff trend seems poised to continue. A mere week into 2020, additional tech companies have already announced layoffs. Today, news broke today that cybersecurity firm NortonLifeLock will undergo a second round of lay-offs later this month, as reported by the Mercury News. Carshare startup Getaround  plans to lay off roughly 150 employees, according to a recent report by The Information.

The tech industry has been lauded as a positive model of economic growth to be reproduced around the world. Yet the wealth disparity between low, mid and high-level tech workers is far greater than it was two decades ago, and many companies that have received hundreds of millions of dollars of venture capital have yet to become profitable.

The past few recessions in the United States have been correlated with major layoffs and dips in tech industry fortunes, and indeed, economists see the tech industry as something of an economic bellwether. Yet some experts argue that lay-offs don’t necessarily mean end times for the tech sector — nor necessarily a looming recession.

“The tech sector is maybe the most volatile sector . . . . remember, product life cycles come and go,” Joint Venture Silicon Valley President Russ Hancock told San Francisco CBS affiliate KPIX5 last spring, when asked to comment on Silicon Valley lay-offs . “One reason this is making headlines is because people have a sense that winter is coming. They’re thinking we’ve been riding this upturn for a long time.”