Who needs John Bolton? Mike Pompeo has been pushing Trump into war with Iran all along

An evangelical Christian and hardline neocon, the secretary of state has quietly become a dangerous power player 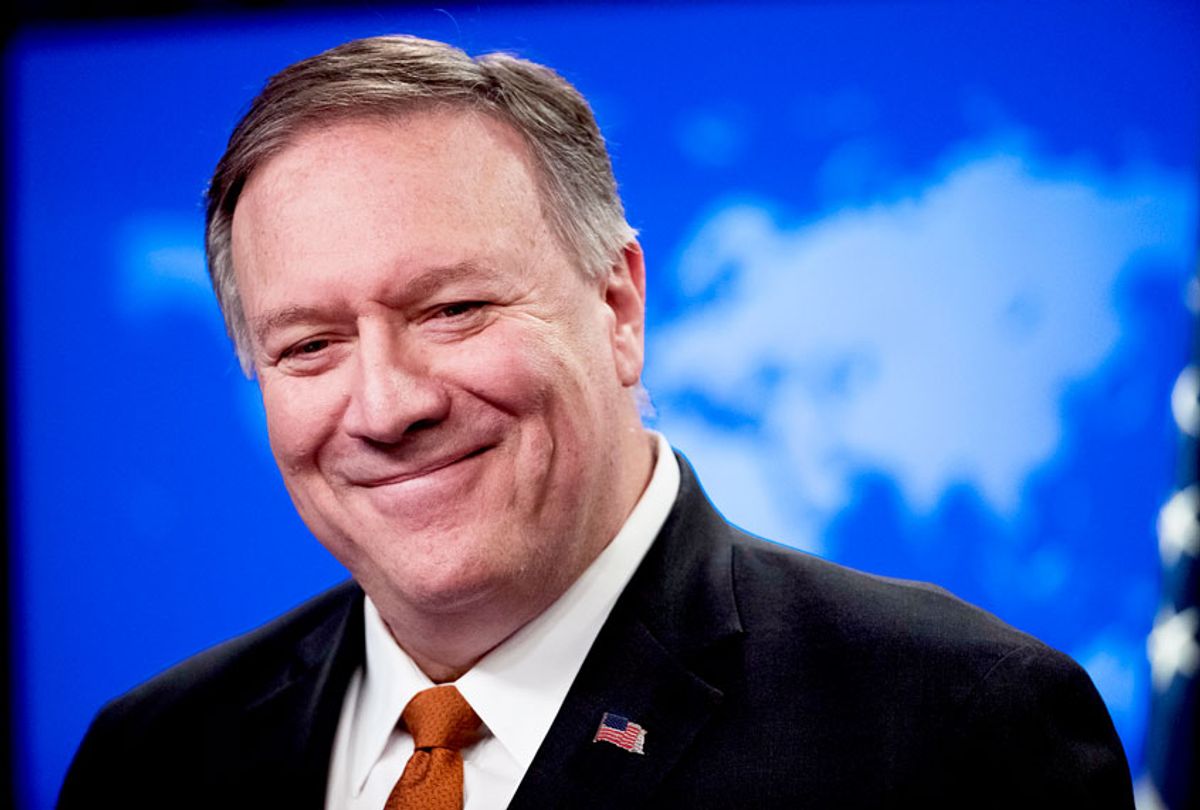 Ever since President Trump ordered the assassination of Iranian Maj. Gen. Qassem Soleimani last Friday night, everyone in the world has been holding their breath wondering what would come next. There were tweets and public statements about retaliation, with the president saying he would target Iranian cultural sites, while the Iranians were promising they would not engage in the asymmetric responses everyone assumed they were planning.

Trump threatened to hit 52 targets — one for every hostage taken at the U.S. embassy in Tehran in 1979 — while Iranian President Hassan Rouhani responded by saying, “Those who refer to the number 52 should also remember the number 290," a reference to the 290 people killed when the U.S. Navy accidentally shot down an Iranian passenger jet in 1988.

On Tuesday night the Iranian response came in the form of cruise missiles aimed at two Iraqi airbases that house U.S. troops. At this point, there are no reported casualties (although Iranian sources disagree). This appears to be a somewhat restrained response to the latest escalation by the U.S. Foreign Minister Mohammad Javad Zarif tweeted that Iran had “concluded” its retaliation and did “not seek escalation or war." There was no immediate word from the White House other than a bewildering Trump tweet insisting that "all is well." The president's advisers on Fox News had some ideas about what should come next:

Trump may ignore them and just declare victory. But most experts expect that Iran will not be content with this limited response that causes no pain for the U.S., considering the importance of the man who was killed. Frankly, it's not reasonable to believe that the U.S. is going to say it's even-steven either, at least not as long as Secretary of State Mike Pompeo has the president's ear.  All the reporting about how the decision was made says this debacle was his baby.

I think the presence of über-hawk John Bolton in the administration somewhat obscured Pompeo's Iran obsession. As with our hopes that Attorney General William Barr would be a predictable Republican establishment institutionalist,  there was some thought that Pompeo's closeness with the president meant that he would manage his impulsivity and chaotic foreign policy. What appears to have happened is that, like Barr,  Pompeo is an ideological extremist who has figured out how to appease and flatter the president into helping him achieve his own goals.

We should have known. Pompeo's reputation rests mostly on his early accomplishments, graduating first in his class at West Point and later going to Harvard Law and editing the law review, which are admirable achievements. It's true that he did five years in the military, attaining the rank of captain, but he never saw combat or achieved any particular glory. He was with the CIA for a couple of years and did some time at a D.C. law firm. But Pompeo left all that behind more than 20 years ago to go to Kansas and become an entrepreneur, where he apparently failed spectacularly despite being bankrolled by the Koch brothers. He went into politics and eventually won a congressional seat in the 2010 Tea Party wave and made a name for himself haranguing Hillary Clinton over Benghazi and agitating for war with Iran. It's not a terrible résumé, but it's pretty thin for a CIA director or secretary of state, the two huge jobs Pompeo has held in the Trump administration.

But the man reportedly has a way with Trump and they hit it off despite some differences of opinion in certain foreign policy areas, notably on Russia. According to this excellent New Yorker profile of Pompeo by Susan Glasser, they had a strong meeting of the minds on Iran. As CIA director, Pompeo reportedly treated the intelligence on Iran the same way Trump treats the intelligence on Russia. He refused to accept it.

The New York Times reported that one of Pompeo's first acts at CIA was to create a "a special center to deal with Iran, appointing as its head Michael D’Andrea, a veteran officer and convert to Islam known as the Dark Prince, who oversaw the hunt for Osama bin Laden and the drone strike campaign in the Middle East and Central Asia." Pompeo was instrumental in convincing the president to withdraw from the nuclear deal and has been the primary proponent of the administration's "maximum pressure" campaign of sanctions and isolation. He pushed Trump to designate the Islamic Revolutionary Guard Corps, which Soleimani commanded, a terrorist organization.

In his diplomatic role at the State Department, Pompeo has pursued close relationships with Israel, Saudi Arabia and the United Arab Emirates, which the Times points out are "enemies of Iran that sometimes have agendas that run counter to American interests." With a secretary of state like that, who needs John Bolton?

Although he came in with the Tea Party wave, Pompeo has always had more of a hard-right, neoconservative philosophy than some of the libertarian types in that class. And the hard-liners have believed that "real men want to go to Tehran" for a long time. Iran has certainly perpetrated terrorist violence and fomented war, as have so many other actors and countries in the region. But it seems to have a particular hold on the right-wing imagination. Maybe it's because so many hardened conservatives still feel that Iran humiliated the U.S. back in 1979 or maybe it's because of their allegiance to Israel, which Iran considers a mortal enemy. Pompeo is an evangelical Christian as well, who has made a great show of his religious fervor all over the globe. One New York Times feature on him was headlined "The Rapture and the Real World: Mike Pompeo Blends Beliefs and Policy," so maybe he has even bigger ambitions.

Whatever the case, Pompeo is supposed to be the country's top diplomat, so openly pushing for war makes him impotent when it comes to doing the job he's supposed to do. But of course this is the Trump administration, and none of the usual rules apply. Right now, we have an impulsive president in the middle of an impeachment being goaded into war by Fox News and an extremist secretary of state. I'm sure there's nothing to worry about.