Press Watch: Here's the crucial context every article on Trump and Iran should include

The decision to kill Soleimani was impulsive, inflammatory and highly unusual. Journalists must say that clearly 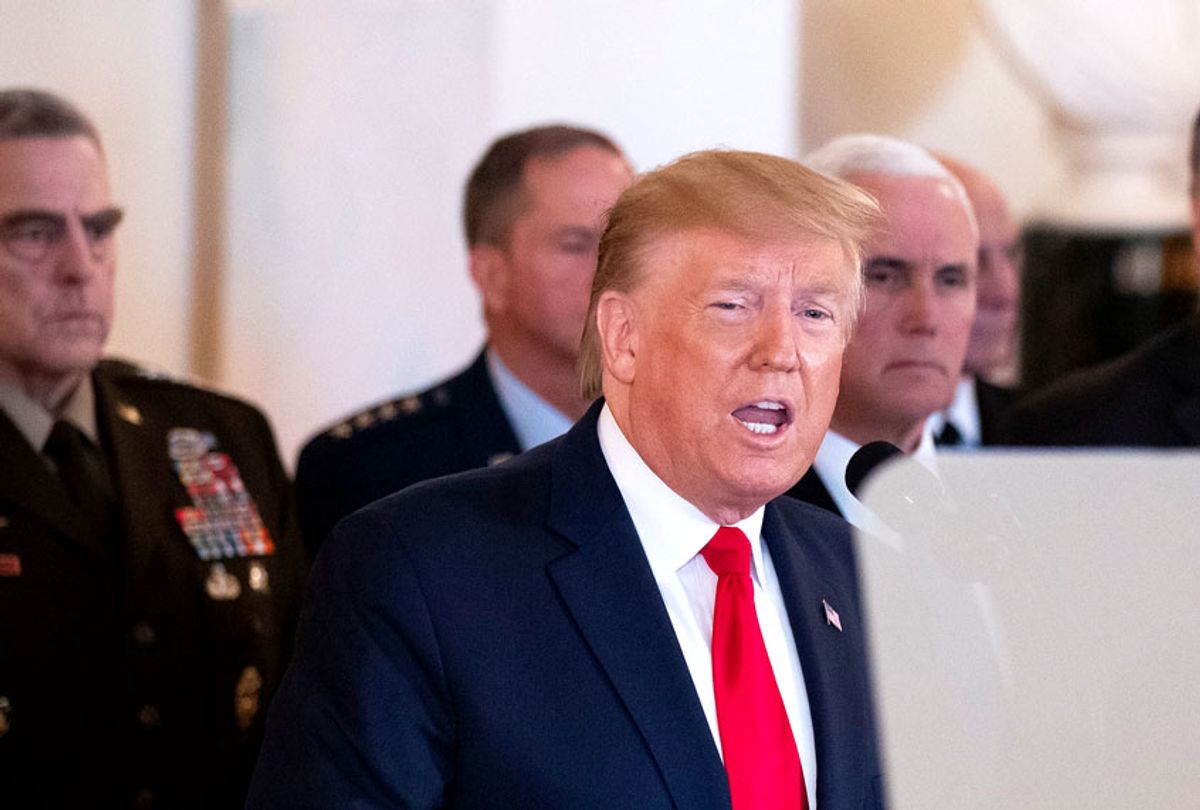 This whole crisis with Iran was precipitated by Trump's decision to kill Iraqi Gen. Qassem Soleimani. So what do we really know about how Trump made that decision?

We know what Trump has said. We also know:

Official explanations have thus far been insufficient and lacking in credibility.

There's no evidence of a normal deliberative process.

Reporting suggests Trump made his decisions impulsively, rather than strategically.

Other than Trump supporters, pretty much everyone agrees this was a very bad, inflammatory decision.

And Trump had an obvious ulterior motive.

Trump has said that he acted because Soleimani "was plotting imminent and sinister attacks on American diplomats and military personnel" and that his goal was to "stop a war" not "start a war."

You absolutely owe it to readers to say something like this:

Trump, however, has a long history of making false statements, and neither he nor anyone in has administration has supplied any evidence to support his explanation.

What we do know is that Trump is notoriously uninterested in intelligence briefings, has shown no interest in strategic planning, has none of the trusted advisers and other resources presidents normally have when they make decisions like this, and there's no sign that there was any deliberative process.

We also know Trump has a long history of acting impulsively, based on hurt feelings. He was still angry about negative press reports related to a prior decision to call off an airstrike against Iran at the last minute, and two top officials told him he would look weak if he didn't act. There was apparently no planning for the inevitable Iranian response.

Trump's decision shocked Pentagon officials and outraged allies and Iran experts across the globe. The one thing it did accomplish was to distract from Trump's impeachment and upcoming Senate trial — inevitably leading to widespread suspicion that this was a factor in his decision-making process.

For good measure, at some point it's worth reminding readers that baldly lying about war was standard operating procedure for the U.S. governments long before Trump got here, as most recently exemplified by the Washington Post's Afghanistan Papers.