The key to better habits in the new year? Balancing vice and virtue 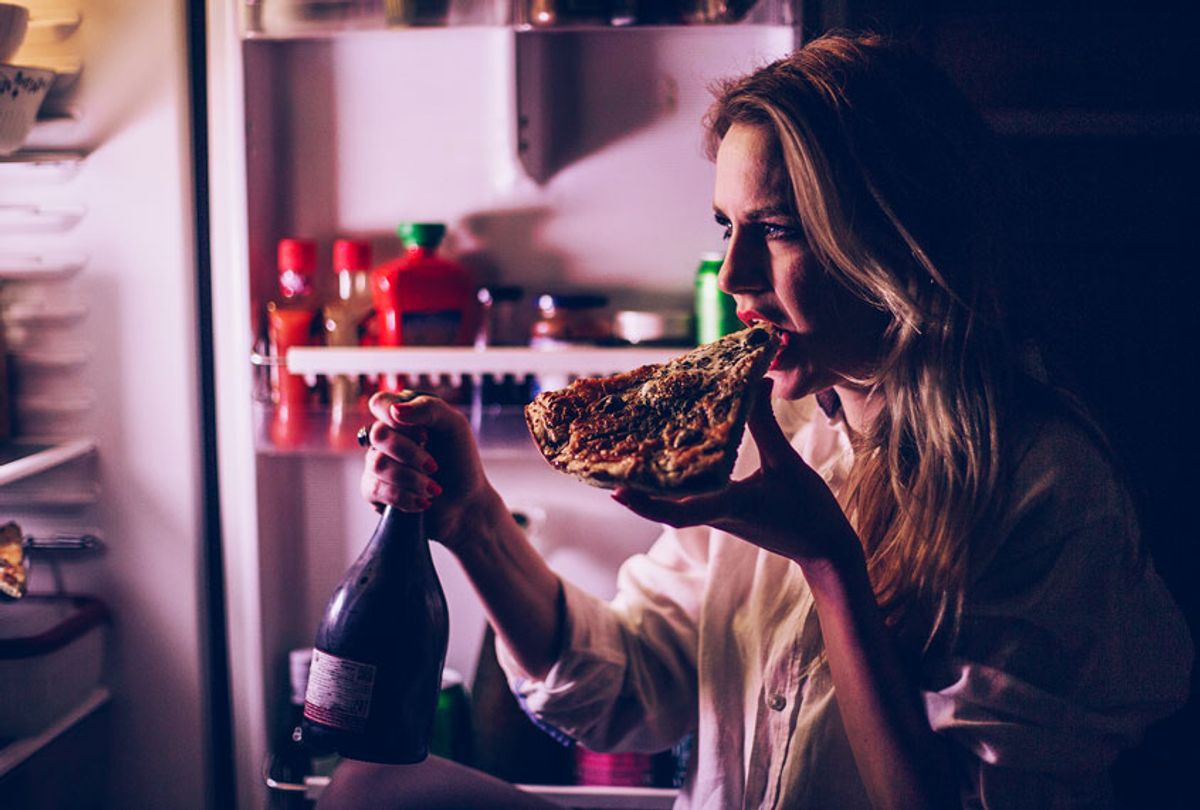 As someone who was raised in the church, New Year’s Day feels a lot like the first day of Lent to me. As both approach, there are public declarations of intent to give things up, and the items often seem to overlap: chocolate, alcohol, snacking after dinner, soda, screen time. And like Lent, which for believers is meant to mimic Jesus Christ's fasting in the wilderness before he began his public ministry, New Year's has evolved into a ritual that seems distinctly penitential; where Christians are seeking to make reparation for their spiritual shortcomings, resolution-makers often seem to be making amends for their indulgences from the past year.

The idea is that by giving something up, you will grow more virtuous.

This may be true in a spiritual sense — who's to say? — but the science behind restrictive behavior and habits and the efficacy of deprivation as a tool for long-term change is a little more complicated.

What does science tell us about self-control?

Psychology research tells us that self-control — which was defined in a 2017 Personality and Social Psychology Review study as “the capacity to alter or override dominant response tendencies and to regulate behavior, thoughts, and emotions” — is not necessarily innate. Multiple studies point to the idea that it is a learned behavior that, like any skill, can be more fully developed through practice.

That said, scientists have found that willpower, like physical energy, is a limited resource — meaning that in the short-term, overuse can lead to depletion.

How does this play into restrictive behavior?

It’s really easy to make broad resolutions based in deprivation: “I eat too many sweets, so I’m going to totally cut sugar, including fruit, for the next six months — gotta tame that ‘sugar dragon’” or “I’ve become totally addicted to social media; I’m going to go completely off-the-grid.”

It’s a nice fantasy, the idea that you can go from all to nothing in no time flat, and there are numerous programs, diet plans and apps that feed these aspirations.

But time and again, studies have shown that restriction tends to lead to cyclical behavior; in the realm of calorie restriction, many refer to it as an “eat, repent, repeat” cycle. There’s a famous study in which researchers interviewed conscientious objectors to WWII who volunteered to be semi-starved for six months. Over the months, the participants developed a pretty serious preoccupation with food, and reported spending much of their free time planning what they would eat once the six months was over, perusing cookbooks and tossing around the idea of a future career in the food industry.

The same analogy can apply to other areas of restriction, like alcohol and screen time. While programs like Dry January and Dry-Fi January can be helpful in assessing one’s relation to or dependence on a perceived vice, it can also lead to preoccupation (and an eventual binge) when the drought is over.

Think less about vice and more about virtue

So if the key to developing better habits doesn’t lie in restriction, then what to do? Science points to the idea of thinking less about ditching vice and more about leaning into more virtuous activities.

This theory is supported by a 2006 British Journal of Health Psychology study in which a group of participants were assigned a series of consistent, scheduled workouts over the course of two months. After the two months were up, participants reported that they smoked and drank less, were motivated to eat healthier food, were more fiscally responsible and had improved their study habits.

The participants were then taken in for a lab measure of self-control, and performed better than a control group who had not been assigned an exercise regimen.

So think about scheduling activities that support your annual goals. If you want to spend less time on social media, consider picking up a new hobby that keeps your hands and mind busy, like pottery or cross stitch. If cutting down on alcohol appeals to you, don’t just cut all your cocktails; grab a mocktail recipe book and some ingredients. Make this the year that you balance vice and virtue.