Not enough Senate Democrats remember Wayne Morse, a defender of peace who stood up early against the Vietnam War 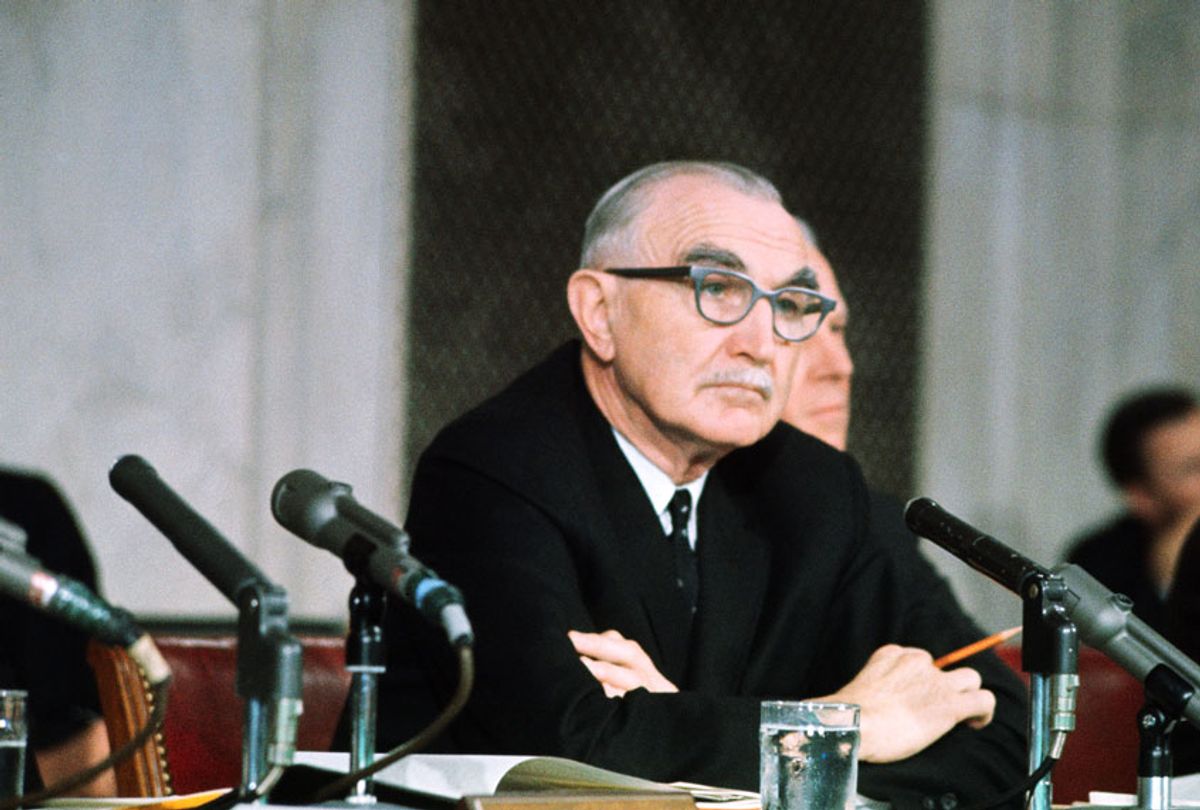 The huge crisis with Iran is more dangerous because so many Democrats have been talking out of both sides of their congressional mouths.

An example is the recent rhetoric from Sen. Chris Murphy of Connecticut. “The attack on our embassy in Baghdad is horrifying but predictable,” he tweeted on the last day of 2019. “Trump has rendered America impotent in the Middle East. No one fears us, no one listens to us. America has been reduced to huddling in safe rooms, hoping the bad guys will go away. What a disgrace.”

Fast forward one week: Murphy was on the Senate floor declaring “we can choose to get off of this path of escalation and make decisions that correct this president’s recklessness and keep Americans safe.”

On the same day, in Murphy’s home state, the Connecticut Mirror reported that he “has emerged as a leading critic of Trump administration hostility to Iran” and called him “the most vocal” Democrat on the Senate Foreign Relations Committee “in criticizing President Donald Trump’s decision to kill Iranian General Qasem Soleimani in a drone strike.”

It’s a partisan pattern that’s all too common among Democrats on Capitol Hill — goading Trump as a wimp and then bemoaning his aggressive actions. And so, in a matter of days, Murphy was decrying the “recklessness” of the same president he’d alleged “has rendered America impotent in the Middle East” because “no one fears us.”

Murphy is one of the better senators on foreign policy — and that’s a key point here. He still couldn’t resist baiting Trump in a way that implicitly scorned him for failure to use enough military violence.

At a time like this, the spirit of former Sen. Wayne Morse is badly needed. During his 24-year career representing Oregon in the Senate, he rose to prominence as a rigorously consistent defender of international law as well as the U.S. Constitution. An unwavering foe of might-makes-right foreign policy, he unequivocally opposed the Vietnam War from the outset.

Morse never backed down. And he refused to play along with questions based on false premises, as network TV footage makes clear. During his appearance on the CBS program “Face the Nation” in May 1964, fireworks began a split second after moderator Peter Lisagor said: “Senator, the Constitution gives to the president of the United States the sole responsibility for the conduct of foreign policy.”

“Couldn’t be more wrong,” Morse shot back. “You couldn’t make a more unsound legal statement than the one you have just made. This is the promulgation of an old fallacy that foreign policy belongs to the president of the United States. That’s nonsense.”

Lisagor sounded a bit exasperated: “To whom does it belong then, senator?”

“You know, Senator, that the American people cannot formulate and execute foreign policy —”

Three months later, Morse was one of only two senators to vote against the Tonkin Gulf Resolution that opened the floodgates to the mass carnage of the Vietnam War.

When President Lyndon Johnson’s iconic adviser Gen. Maxwell Taylor — a former chairman of the Joint Chiefs of Staff and ex-ambassador to South Vietnam — appeared before the Senate Foreign Relations Committee on Feb. 17, 1966, this exchange (preserved on video) ensued:

Morse: We’re engaged in a historic debate in this country, we have honest differences of opinion. I happen to hold to the point of view that it isn’t going to be too long before the American people as a people will repudiate our war in Southeast Asia.

Taylor: That of course is good news to Hanoi, senator.

Morse: Oh, I know that that’s the smear artists that your militarists give to those of us that have honest differences of opinion with you, but I don’t intend to get down in the gutter with you and engage in that kind of debate, General. I’m simply saying that in my judgment the president of the United States is already losing the people of this country by the millions in connection with this war in Southeast Asia. And all I’m asking is — if the people decide that this war should be stopped in Southeast Asia, are you going to take the position that’s a weakness on the home front in a democracy?

Taylor: I would feel that our people were badly misguided and did not understand the consequences of such a disaster.

Morse: Well, we agree on one thing, that they can be badly misguided — and you and the president, in my judgment, have been misguiding them for a long time in this war.

Much has changed during the last five decades, but deception remains central to the state of perpetual war that funnels mega-billions in profits to the military-industrial complex. The vast majority of Congress members are part of that complex, including most Democrats. Instead of thanking those members of Congress for not being worse, progressive constituents should organize to insist that they quickly become much better — or face escalating protests as well as political consequences.